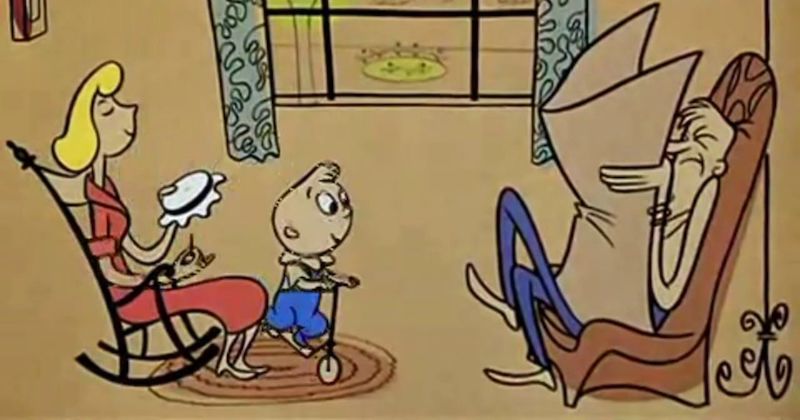 Today in 1986 we lost the great P.D. Eastman, who was known for his work under the Dr. Seuss brand of Random House—children’s staples like Go, Dog. Go! and Are You My Mother? But Eastman was also a screenwriter and animator; in fact, he met Theodor Geisel (who later took the name Dr. Seuss) when he joined the army in 1942 and was assigned to the Signal Corps film unit, which Geisel ran.

Gerald McBoing-Boing tells the story of Gerald McCloy, a child who can only speak in sound effects. He is ostracized by his classmates and family, but don’t worry—there’s an uplifting ending (did someone say talent scout deus ex machina?). The film trades in the realism of previous cartoons for a stylized, minimalist feel, and there’s a gorgeous snow scene. Plus, it’s got a nice message about embracing difference . . . if your difference makes you uniquely useful to a company . . . but hey, we’ll take it.

Watch the film below: