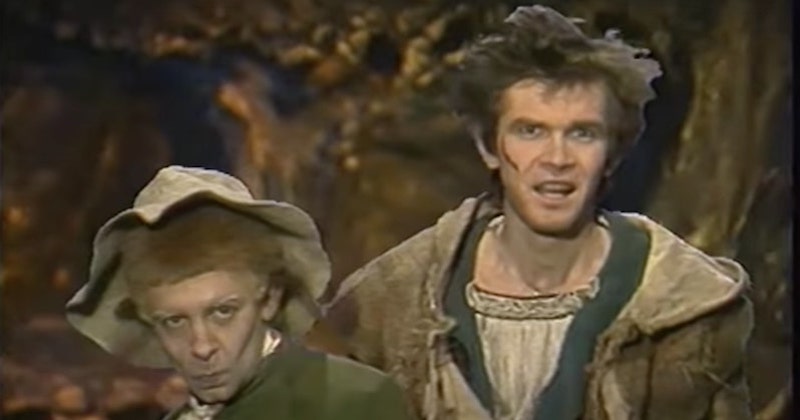 Watch this endearingly low-budget Soviet TV adaptation of Lord of the Rings.

Craving some new Lord of the Rings-related media? While you wait for the Amazon Prime series, have a laugh and watch this 30-year-old television adaptation of The Fellowship of the Ring, courtesy of Russian channel 5TV.

The 1991 film aired once, never to be seen again—until now.

Very much a product of its time, the made-for-TV film is (not surprisingly) a far cry from Peter Jackson’s Oscar-winning opus. You won’t find any stunning CGI battle scenes or lush costumes, but there are some notable, fan-approved choices, such as the inclusion of Tom Bombadil.

The adaptation has been uploaded to YouTube in two one-hour videos, complete with closed captions in English.

According to The Guardian, previous adaptations and translations of Tolkien’s work were largely unavailable in the Soviet Union. Some believed this was because the anti-totalitarian narrative was blocked by censors; others believe that Tolkien’s language made it hard to translate for Russian audiences.