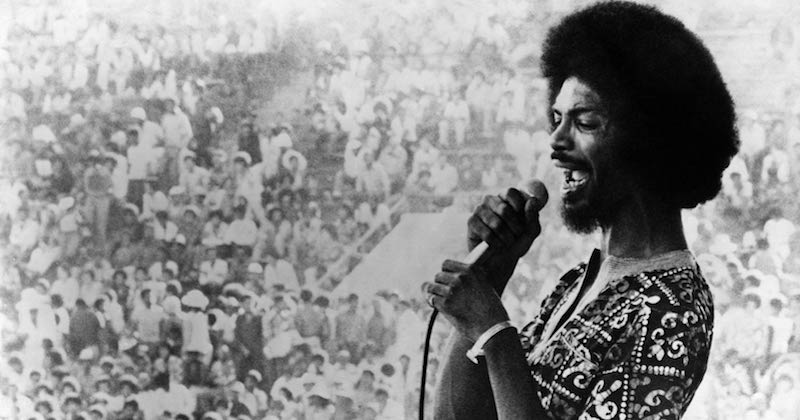 On this day in 2011, the groundbreaking American poet, author, and jazz musician Gil Scott-Heron died. He was 62.

Born in Chicago in 1949, Scott-Heron became well known for his 1970 song, “The Revolution Will Not Be Televised.” The song was first recorded for his 1970 album Small Talk at 125th and Lenox. The 1971 album Pieces of a Man featured a re-recorded version of the song, complete with a full band. In 1970, his first novel, a murder mystery titled The Vulture, was also published.

Scott-Heron may be gone, but he’s certainly not forgotten. In particular, Scott-Heron’s influence on hip-hop is undeniable. Former Trump supporter and aspiring megachurch pastor Kanye West has sampled Scott-Heron many times over the course of his storied career. (I know Kanye is ~problematic~ for plenty of reasons that you probably know about, but My Beautiful Dark Twisted Fantasy and the Scott-Heron sample on “Who Will Survive in America” still SLAPS, as the youths would say.)

In a 2010 New Yorker article, Public Enemy co-founder Chuck D. said of Scott-Heron: “You can go into Ginsberg and the Beat poets and Dylan, but Gil Scott-Heron is the manifestation of the modern word. He and the Last Poets set the stage for everyone else. In what way necessary? Well, if you try to make pancakes, and you ain’t got the water or the milk or the eggs, you’re trying to do something you can’t. In combining music with the word, from the voice on down, you follow the template he laid out. His rapping is rhythmic, some of it’s songs, it’s punchy, and all those qualities are still used today.”

Surprisingly, Scott-Heron wasn’t too fond of his moniker as “the godfather of rap.” When asked about his influence on hip-hop, he told the New Yorker in 2010, “I just think they made a mistake.”

In 1994, Scott-Heron performed at Woodstock at Winston Farm in Saugerties, NY. The performance was on the heels of his latest album release through TVT Records, Spirits. His 40-minute set included Rod Youngs on drums, Robbie Gordon on bass, Ed Brady on guitar, and Larry McDonald on percussion. Scott-Heron seems comfortable on stage, easing into one song after the next. Short anecdotes between songs sound like observations ripe for album material: “If you look up the word jazz in the dictionary, you’ll find out that it means miscellaneous.”