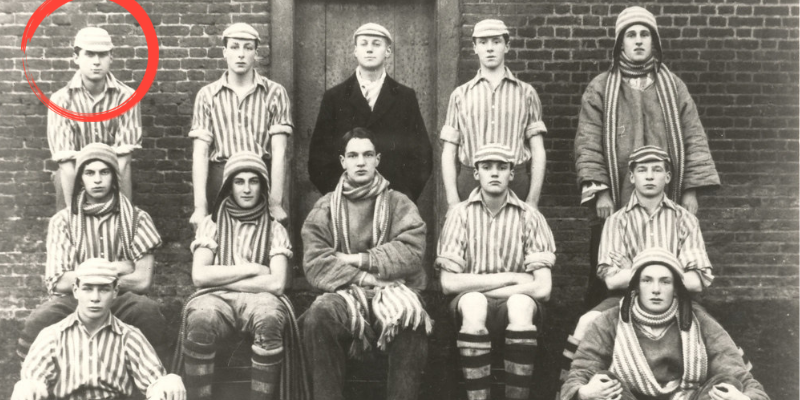 Watch the only known footage of George Orwell right here.

Today is George Orwell’s birthday. To mark the occasion, I scoured the internet for rare photos or weird interviews or something fun. (Here’s his 1940 review of Mein Kampf, by the way.) Instead I found that there is only one paltry video of George Orwell in existence, which is disappointing, considering that he lived through the Golden Age of Cinema. It lasts for only a few seconds. The footage is from 1921, when George Orwell was just 18. It captures the annual Eton Wall Game, a tradition to celebrate St. Andrew’s Day. In the part of the video he’s in, though, he’s not even playing. He’s just walking across a field in his shorts and a long scarf, a peculiar combination.

I’m sorry this video is probably not what you anticipated. You probably wanted an in-depth interview or something. That doesn’t exist. But if you ever wanted to see a boomerang-length clip of George Orwell strolling arm in arm with his friends across an idyllic meadow, here it is. Look at him there, the fourth from the left—the tallest of his friends!