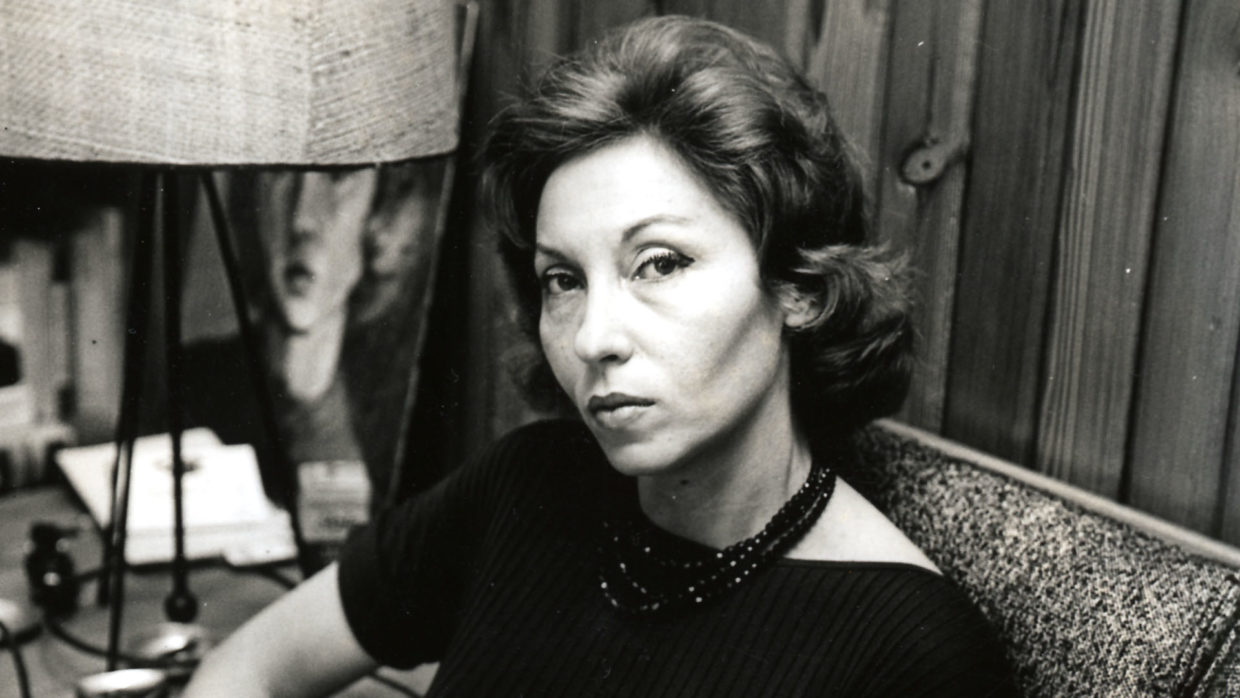 "I think that when I'm not writing I'm dead."

Clarice Lispector was notoriously reluctant to give interviews, particularly on film. In fact, the only known footage that exists of the writer was captured in 1977, when, according to Penguin Books UK, Lispector “arrived at the studios of TV Cultura in São Paulo to participate in a program about film, when the director of the station took the opportunity to ask her for a personal interview. To the astonishment of all present, she accepted.” It was February 1977; she would die from ovarian cancer before the year was out.

You can tell, watching the interview, that she’s uncomfortable. She treats the interviewer as though he’s an intruder, someone who has very rudely entered her house without asking, and the only way to get him to leave without violence is to answer his questions. For his part, the interviewer switches between referring to Lispector in the third person and probing her with intense, sometimes personal questions, repeatedly asking “Why, Clarice?” The camera person adds to the surreality of the video, moving around apparently aimlessly, and at one point zooming in on Lispector’s hand where it rests on the arm of her chair, filming just that for several seconds. Sunday would have been Lispector’s birthday, so—since hopefully you’ve been reading her all along—this seems as good a time as any to get a glimpse of this mysterious, brilliant writer.

Lispector on her teenage writing:

“Chaotic. Intense. Entirely outside the reality of life. . . I went with enormous shyness—but the shyness of someone daring.”

Lispector on being an amateur writer:

Lispector, answering the question would you die if you could no longer write?:

“I think that when I’m not writing I’m dead. It’s very hard, that period between one work and another, and at the same time very necessary, for there to be a kind of emptying out of the head for something else to be born—if it is born. It’s all so uncertain.”

Lispector, answering the question what is the role of the Brazilian writer today?:

“To speak as little as possible.”

“Sometimes the fact that I’m a writer isolates me. They label me. Sometimes they only see the label. Everything I say, the biggest nonsense, is considered something lovely or something stupid, all just because I’m a writer. That’s why I’m not so interested in all this about being a writer and giving interviews and all that. Because that’s not what I am.”

A Boeuf Bourguignon for the End of the World 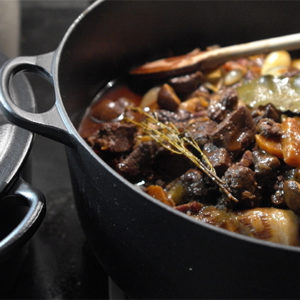 A Boeuf Bourguignon for the End of the World

There’s something I’d like to share with you. First, you’ll need two pounds of sirloin or chuck roast, diced into...
© LitHub
Back to top