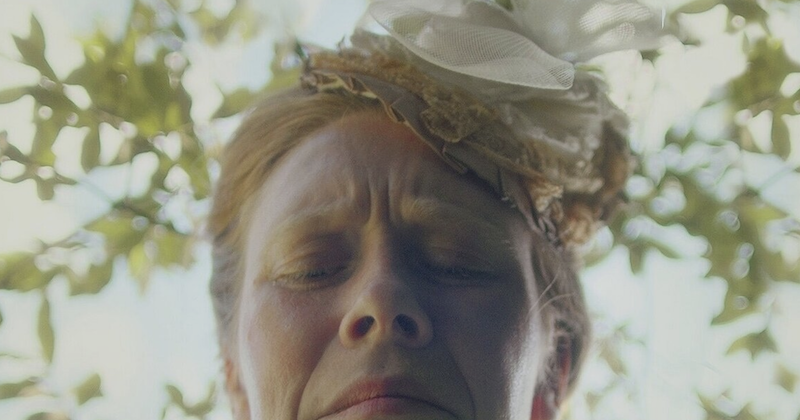 Watch the frightening trailer for a new horror adaptation of “The Yellow Wallpaper.”

If you feel trapped or crazy or unwell, and want a movie to heighten rather than alleviate those feelings, you’ll be thrilled by this news: Charlotte Perkins Gilman’s well-known short story “The Yellow Wallpaper” has been made into a horror movie, which will premiere at Cinequest Film Festival on March 20th. This is the debut feature from Hysteria Pictures, run by the duo Alexandra Loreth and Kevin Pontuti; they’ve co-written the project, and Pontuti directs and Loreth stars as the title role. Just kidding! She plays the woman.

“The Yellow Wallpaper,” about a woman sent to a summer home to recover from her “hysteria,” has been adapted for the screen many times, maybe due to its relatively simple plot, its vivid hallucinogenic visuals, or its continued relevance—women are always being confined and shut away places! It received full-length adaptations in 1989 and 2011, and has been made into many short films, including one by Amandla Stenberg. But this one is visually striking, faithfully rendering the period setting while injecting color into a story that can take on a yellow wash. And it serves as a type of thesis statement for a new independent filmmaking team. Why not?

Watch the teaser below:

And here is another clip from the movie, which heavily features—yes, yes!—the famous wallpaper: