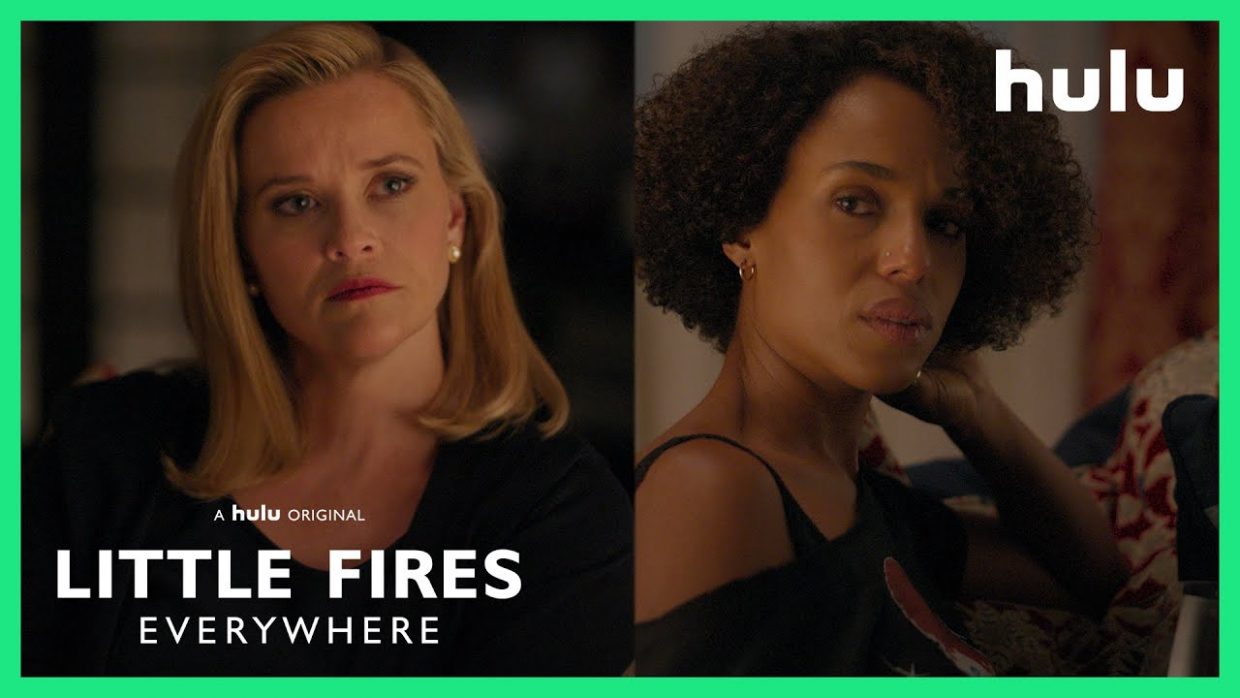 That’s right, Celeste Ng fans: a trailer for Little Fires Everywhere, the star-studded Hulu adaptation of Ng’s wildly-successful 2017 novel—about the intertwined fates of the picture-perfect Richardson family and the enigmatic mother and daughter who upend their lives when they move to town—has just been released online and is now spreading across the internet like, well, wildfire.

Sparks will fly. #LittleFiresEverywhere premieres March 18, only on @hulu. pic.twitter.com/NKU8oxgiBU

Now, it’s hard to glean much from the fifteen second teaser—which begins with Reese Witherspoon and Kerry Washington staring into mirrors, then cuts to Reese and Kerry looking pensive while sitting on their couches, followed by shots of Reese being surprised, a wine glass shattering, some developing film strips being set on fire, Kerry being surprised, Reese looking worried, and a camera surreptitiously snapping pictures from inside a car—and I’m not sure I quite understand the “We all have parts that scare us, but we can’t not look at who we are” tagline voiceover, but I am intrigued by the trailer’s ominous tone and liberal use of flames.

There are of course no guarantees in life, but if I were a betting man I’d wager that Little Fires Everywhere will see Big Little Lies levels of success when it premieres in the spring.