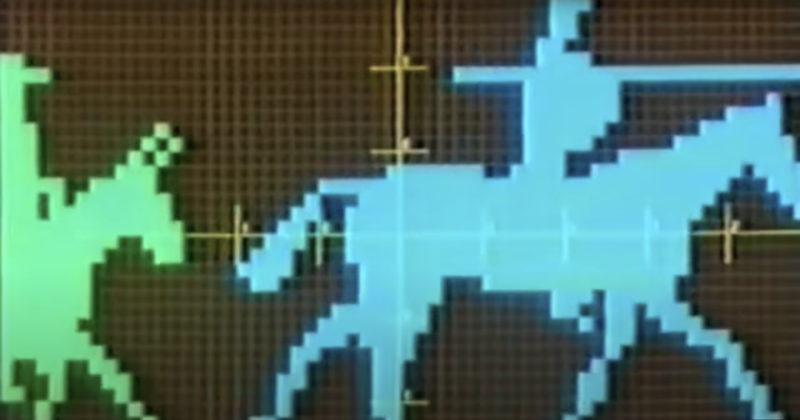 Watch the first episode of a forgotten 1970 TV adaptation of Don Quixote . . . set in space.

For about two months in 1970, ITV aired episodes of a bonkers science fiction comedy series based (oh so very loosely) on Miguel de Cervantes’ literary classic Don Quixote. The show, entitled The Adventures of Don Quick, follows an astronaut named Don Quick (Ian Hendry) and his sidekick, Sam Czopanser (Ronald Lacey), who are part of an “Intergalactic Maintenance Squad” that sends them, each episode, to try to “maintain” or otherwise improve alien planets—which usually do not at all need their help, and whose citizens range from bemused to quite irritated by the intrusion.

Fun fact: Angela Carter, the queen of feminist fairy tales herself, was once commissioned by ITV to write the script for an episode of the show, which was (alas!) never produced. As Edmund Gordon explains in his biography of Carter:

Angela’s episode was titled “It Was Such a Nice Little Planet.” Don and Sam arrive in Megalopolis One, a planet-sized super-city (pop: 1,000,000,000) that bears more than a passing resemblance to Tokyo (neon signs light up the night, overcrowding is endemic, and showing the teeth in public is considered “a highly indecorous act”). But unlike Tokyo it’s a totalitarian state, where the Happiness Enforcement Brigade ensures that everyone is happy, all the time. So unhappiness flourishes in secret, taken like a drug. Don links up with a melancholy soul called Mendacious and together they overthrow the regime. But the citizens are furious. They don’t want free will: “they want tranquility, order joy; and perhaps the cheap thrill of an illicit tear or two, an insult, a ticket to a peepshow of grief where they do not have to stay for long.” Don and Sam are chased off the planet, which, as they leave it, plunges into the sun.

Amazing. (I wish it existed.) Carter described the process an “ongoing trauma” and once finished, wrote that it was “extraordinarily camp and probably won’t be televised because most of the sets out-Barbarella Barbarella.” Gordon notes that while she was right about it never making it to screen, the script itself was quite witty, and he writes that Carter was particularly fond of this exchange: “Q: ‘What’s a nice girl like you doing in a place like this?’ A: ‘Degrading myself.'”

Only six episodes were ever made, and most of these have been lost to to time and space, but the pilot, “The Benefits of Earth,” is online. Fair warning, it is very 70s: