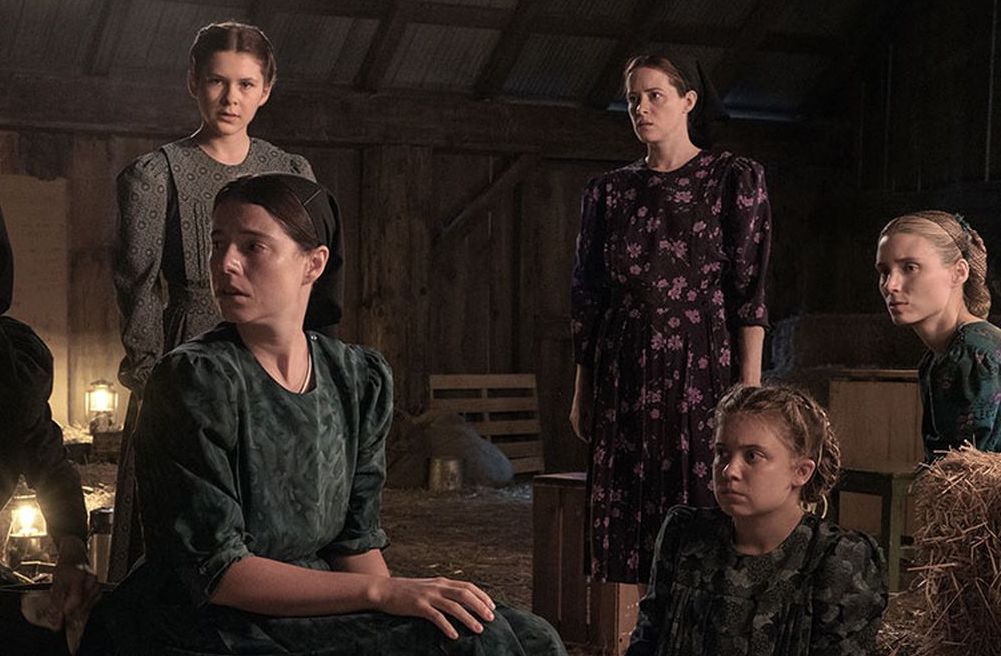 A new trailer (below) for Sarah Polley’s adaptation of Miriam Toews’s Women Talking just dropped and it’s beautiful. Whereas the novel—which is brilliant—can have an almost claustrophobic feeling, Polley seems to be letting the light in a bit, evoking the indwelling luminosity of a director like Terrence Malick (the scripturally inflected voiceover helps, too).

Unlike Malick, though, Polley seems to be working in graded monochromes, which befits the grim scenario of a novel that follows the lives of women in a patriarchal religious sect, many of whom are coming to terms with systemic abuse at the hands of their husbands, fathers, and brothers. Women Talking, which premiered at the Toronto International Film Festival, and stars Jessie Buckley, Rooney Mara, and Frances McDormand, is set for wide release on December 25.