In this conversation, Mojave poet Natalie Diaz reads from her collection Postcolonial Love Poem and discusses her work with David Herd.

Natalie Diaz: I write like I played basketball—fast when you can be fast, and slow and a kind of resistance when you need to hold and wait for the next opening or the next space to happen.

Natalie Diaz: Yeah. I mean I’m really interested in redefining what we mean by violence because I think it lets us get away with a lot of violence. Because we have certain definitions of it, we can’t agree who actually commits it. We no longer have an idea of what self-defense is. Who can defend themselves? Who can defend themselves from what they began in the first place? I’m specifically thinking of course about Israel and Palestine. And I’m also thinking about the reservation. We are one of the largest sites of extraction. Here, Oak Flats is a large battle, and suddenly you’re criminalized for your resistance, for trying to protect not just your own homelands and ways of life but an understanding that the Earth is a living thing. You’re trying to protect something for the entire human species and non-human species, and that becomes criminalized.

Sisters of the Neversea by Cynthia Leitich Smith, Read by Katie Anvil Rich 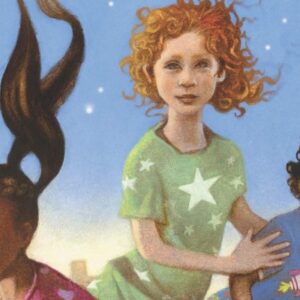 Sisters of the Neversea by Cynthia Leitich Smith, Read by Katie Anvil Rich