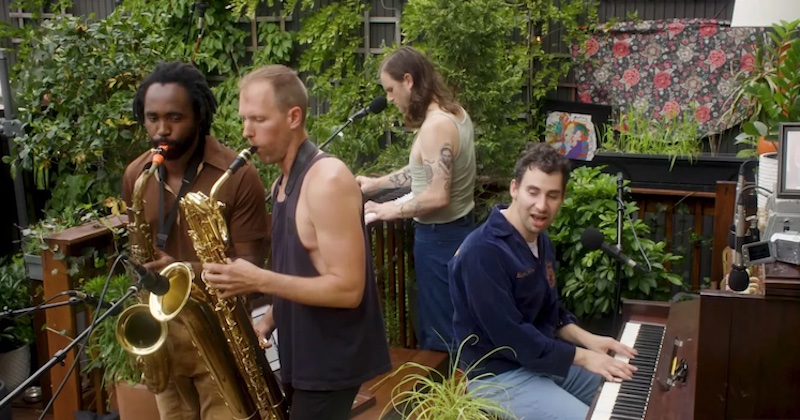 Talk about an ambitious crossover event: the first track off of Jack Antonoff’s upcoming Bleachers album, Take the Sadness out of Saturday Night, is a collaboration with Zadie Smith. Yes, White Teeth/Swing Time/On Beauty Zadie Smith. In an interview with Rolling Stone, Antonoff called working with Smith “remarkable . . . I’ve never worked with someone who wasn’t in music. That song is more of a story.”

The album has yet to be released, but Antonoff has shared the lyrics to the song in question—“91”—on Instagram, and yesterday, Antonoff debuted “91” on NPR’s Tiny Desk Concert series. You can watch the video of that performance below; then keep an eye out for the album version, set for release on the 30th and featuring string arrangements by Annie Clark of St. Vincent. (What is this powerhouse team?) Hopefully, later in the release cycle we’ll get a performance featuring Smith herself. (She’s also a great singer.)