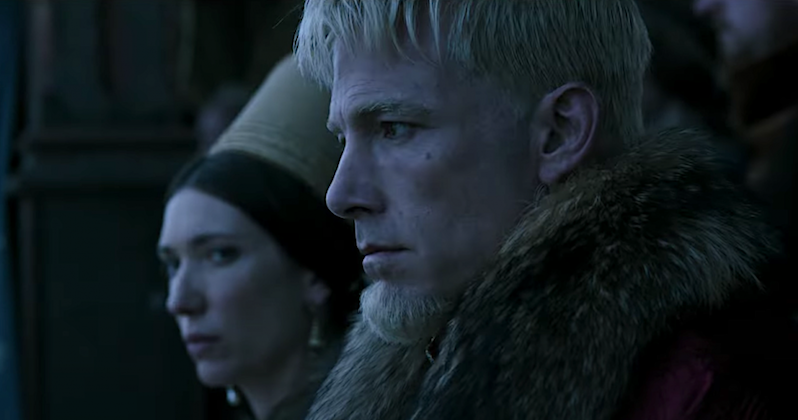 Shine the chainmail and sharpen the broadswords because the trailer for Ridley Scott’s The Last Duel—a broody historical epic of betrayal and vengeance based on Eric Jager’s 2004 nonfiction book The Last Duel: A True Story of Trial by Combat in Medieval France and starring Adam Driver, Matt Damon, Killing Eve’s Jodie Comer, and a bleached-blond Ben Affleck—has dropped, and it looks pretty good.

Set in 14th-century France during the Hundred Years War, it’s the story of brave n’ battle-scarred Superknight Jean de Carrouges (Damon) and his eloquent squire buddy Jacques Le Gris (Driver). When Carrouges’ wife Marguerite is assaulted by Le Gris, she steps forward to accuse him publicly, risking her own life in the process. Now mortal enemies, de Carrouges and Le Gris are ordered (by blond Ben, I think) to settle things via duel to the death with the understanding that, if her husband loses, Marguerite will be deemed a liar in the eyes of God and burned at the stake.

Filmed last year in France and Ireland (where Damon became a local celebrity and a meme for the summer), The Last Duel opens in theaters on October 15 and looks like a shoe-in for some acting and costume nods come awards season.

Hell, even if it’s terrible, it’ll be worth watching for the beards and hairdos alone.