The Intersection of Law and Literature on the Supreme Court, By the Numbers

By Ami A. Dodson and Scott Dodson

The following study, Literary Justice, was released in the late summer of 2015.

There are wisdoms of the head and wisdoms of the heart, but they are not altogether separate. Recent studies find that reading fiction develops deeper thinking, greater empathy, and better decision-making. These are arguably virtuous qualities for a Supreme Court justice. So the short and long of it (but mostly short of it) is this: who is the most literary justice? And, as an aside, which authors are most cited?

Methodology: To answer these questions, we searched all opinions authored by current justices for references to 91 of the greatest literary-fiction authors and their works (without entering a debate about who are the greatest authors, we believe our cohort is representative). We limited our search to authors of “high” literature rather than popular fiction (with apologies to J.K. Rowling). We excluded references to the Bible. Be­cause all the world—and the courtroom especially—is a stage, we included plays and lyrical epics but excluded standard poetry. We used search terms derived from author names and, for multiple­ cited authors, additional searches based on key references to their works; we then read each case to ensure that the hit both referred to a great work of fiction and reflected some knowledge of it (as op­posed to rote quoting of some other judge’s literary reference). We excluded allusions that have taken on popular meaning so attenuated from their literary sources as to be only weak indicators of literary proficiency (e.g., “catch-22”). For any probative literary references we missed, we plead the confines of time and space. Brevity being the soul of wit, a full list of the references and the positive hits they generated is on file with the authors rather than reproduced here.

Results, Part One: The Most Cited Authors

We begin with the fun results first. The most-referenced fiction author by current justices (including Antonin Scalia) is… a tie! William Shakespeare and Lewis Carroll (Charles Lutwidge Dodgson) each garnered 16 references from the same five justices (Scalia, Kennedy, Thomas, Ginsburg, and Breyer). With that many references, Shakespeare and Carroll are likely to have significant longevity in the Supreme Court Reporter, for such words aptly uttered or written cannot be cut away with an axe, especially with stare decisis.

We draw no conclusions about whether these numbers are high or low. For some; more literary references cannot be too much of a good thing. For others, fiction makes too much sense for a legal reality that rarely does. Still others may worry that even a fool’s words are sometimes enough to confound an intelligent man. We note only that one’s reactions will depend upon one’s normative assumptions about the Court.

And now to the justices. Table 1, below, sets out the raw data.

By simple counting, the most prolific citer and the widest read is the late Antonin Scalia*, followed by the order presented in the table. But Scalia has been on the court the longest and has written far more opinions than any of the other sitting justices (belying the idea that one cannot consume much by sitting still and reading books); therefore, he has had more opportunity to showcase his literacy. As good luck would have it, there’s a simplistic way to control for opportunity. Table 2, below, ranks the justices by citations per opinions authored:

Scalia again tops the rest. But because each rate of citation per opinion is low, comparing them in a meaningful way is difficult. In other words, although Kagan and Sotomayor have made no references in their first few opinions, they are, after all, women with money and rooms of their own, and thus perhaps slow and steady will win the race.

There is method in this madness. To analyze the data, we held a two-tailed chi-squared round-robin tournament between pairs of justices. Table 3 sets out the results, with statistically significant p­ values reported in italics.

This table suggests that Scalia is statistically more likely to cite literature than everyone except Roberts and Kagan, and the statisti­cal insignificance of his rate compared to those two is due almost entirely to their few opinions. We therefore crown Scalia the most literary justice. By contrast, Alito is the only justice statistically less likely to cite to literary fiction than multiple colleagues (he is less likely than Scalia and Breyer), making him most plausibly the least literary justice.

This study is lighthearted. We do not mean to suggest that mere references in judicial opinions necessarily say anything about the justices. The most we hope for is to provide fodder for the parlor games of the legal elite and literary intelligentsia. Still, and in the best traditions of the liberal arts, that itself may not be clapping for the wrong reasons. After all, nothing in the world is so irresistibly contagious as good humor.

*We wish to express our sadness at the recent death of Justice Antonin Scalia. We rarely agreed with his opinions, but we acknowledge and respect his monumental influence in law and jurisprudential thought. We will miss, in particular, the wide scope of literary knowledge he brought to his opinions—reflected in our study—which no doubt improved the accessibility and enjoyability of his writing.

Ami A. Dodson and Scott Dodson

Ami Dodson holds a JD and a MA in English Literature from Duke University. She has held a number of legal publishing positions, including literary agent, editorial director, acquisitions editor, and law school Director of Communications. Follow her @AmiDod. Scott Dodson is Harry & Lillian Hastings Research Chair and Professor of Law at UC Hastings College of the Law. He has authored more than forty scholarly articles and has authored or edited three books, including, most recently, The Legacy of Ruth Bader Ginsburg (Cambridge 2015). Follow him @ProfDodson. 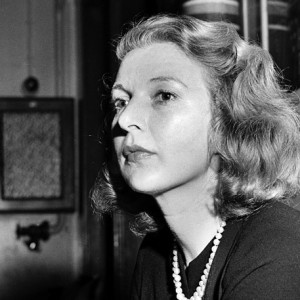 Jo Nesbø built the perfect writing room (and still writes at the local cafe). | Literary Hub Was Antonin Scalia the...
© LitHub
Back to top
Loading Comments...