It’s been a hard year, to say the least. I’m sure I don’t need to rehash the many ways in which the year has been hard, or the one way it has just recently gotten a little bit better, or the other way in which it is getting worse again. You know. You feel it every day: that ambient anxiety, that existential dread, a near universal strife that might have united us as a national—and global—community, but which has, instead, only sown more discord. (Wonder who made that happen?)

You also know that for every indignity, disappointment, act of state-sanctioned violence against people of color, cynical attack on democracy, and new record high number of real, actual, people infected by Covid-19, there has been a kindly, perky article on the internet suggesting 10 Ways to Feel Better, or How to Manage Pandemic Stress, or 5 Steps to Calm Down Now—or explaining, just as kindly and perkily, that you don’t need to do any of those things, that you’re allowed to wallow, to disappear, to cease production, to freak out. I mean, of course there has. This is The Internet. So I suppose this is all to say that this is going to be another one of those articles. But only because, despite earning my hopeful clicks, nothing in them has ever really worked for me. Only one thing has, and thus I feel compelled to recommend it to you, in case it works for you too.

Considering the source, you will probably not be shocked to hear that my recommendation is to read a book. But I don’t mean just any book. It must be old—at least 15 years old, if not older. And, crucially, it must also be new—to you.

This advice comes with no official supporting data. It’s simply what I have learned from own my experience since February. As you may know, if you’re a frequent visitor to this space, I read and write about (and write) books for a living, and in the last nine months, I have read a lot of them. More than usual, in fact. For the last decade I’ve kept a tally of how many books I read in every year, and which ones, and in what order, and I’ve already read more books in 2020 than in any other year of my (recorded) life. This includes old books, brand new books, new-ish books that came out a year or two ago, and books that won’t be published until next year, if we make it until then.

I enjoyed many of these; some more than others, as is always the way. But no experience of reading has rescued me from despair quite like that of reading good, old books for the first time.

At the risk of admitting on this website that I haven’t actually already read every book ever written . . . I haven’t actually already read every book ever written. In general, I like to alternate my reading—tackling one new or forthcoming book, then an older book, and then back and forth forever. (“If you only read the books that everyone else is reading, you can only think what everyone else is thinking,” quoth Nagasawa in Haruki Murakami’s worst, but most quotable novel (don’t @ me). “That’s the world of hicks and slobs.”) This has always worked well for me. But this year, I found that I could only truly focus on one half of the equation.

Which isn’t nothing—quite the opposite. This year, for the first time, I read Daphne du Maruier’s Rebecca. I read Edward P. Jones’ The Known World. I read Evan S. Connell’s Mrs. Bridge. I read Octavia Butler’s Parable of the Sower. I read José Saramago’s Blindness. I read Shirley Jackson’s Hangsaman. I read Kazuo Ishiguro’s The Buried Giant. I finished George Eliot’s Middlemarch the day after the election. I found it exquisitely boring, and unaccountably engrossing.

While reading each of these novels, and others, I found myself transported in a way that the newer books I was sticking between them could not accomplish, as good as I might have found them. And look, I read some damn good new books this year, like Rumaan Alam’s Leave the World Behind and Susanna Clarke’s Piranesi and Quan Barry’s We Ride Upon Sticks.

But for some reason, good as they are, none of the new books have been able to completely block out the din of reality. I don’t blame them: 2020 is loud. Part of this may be just that I haven’t really wanted to spend my reading time in any world whose creative sensibility—that is, the place the author was writing from—might be too close to my own. Perhaps I’m not alone in this: when I watch contemporary television shows, I feel a brief moment of discomfort right when the scene shifts and I see people gathered together without masks. It’s a vicarious urge to jerk away, return to safety, despite the fact that I know Covid-19 does not exist in the world of the story I am watching.

(I don’t, by the way, feel any yearning towards entertainment that includes the “new normal” of virus precautions; at a particularly low moment this year, I resorted to watching the American version of Love Island—don’t do this, turns out the show is so much worse when you can understand everything they’re saying—which, because of its absurd filming and production schedule was current enough to mention, and keep making jokes about, the pandemic. They were, I found, not welcome.)

My point, though, is that in period shows, the discomfort goes away. Still, literature is literature, and there are plenty of “period” novels being written today—that part doesn’t seem to matter as much. There isn’t any real reason why a book written 20 years ago should be able to transport me any further than a book written this year. Except that somehow, they do. It may be that the temperament of the reader was (or was assumed to be) different 15 years ago. Things—the stories and the sentences—are a little slower, more careful. There is more room. This may actually have nothing to do with the fact that these books were written 15 or 150 years ago—in fact, it’s more likely that the reason I’m enjoying these older books so much is because they were always the highest quality books in the room, and therefore, they’re the ones that have survived in the literary consciousness for however long they have. That doesn’t change my recommendation.

Oddly, re-reading my old favorites has not held my attention, which is why I’ve put emphasis on the “new to you.” I imagine many lifelong readers have “comfort books,” which they find soothing; mine are Virginia Woolf’s To the Lighthouse and Donna Tartt’s The Secret History and Italo Calvino’s If on a winter’s night a traveler. These fit the bill in terms of quality and sensibility, and yet, they haven’t worked to block out the stressors of this year. I can’t focus on them. I keep having the urge to check the news. Maybe it’s just that I know them too well—that my brain needs the extra rigor of novelty to stay focused. It makes sense: any exercise is hardest, and most rewarding, the first time you try it.

So if you too have been struggling to decouple from your phone this year, I suggest you pick up one of the many classics you’ve been meaning to read for years, but never quite gotten around to. (I don’t care who you are; you must have at least one classic, contemporary or otherwise, that you haven’t gotten around to.) This may be counter-productive to say on a website largely about new books, and even more counter-productive as someone who has published a book this year, but look: the new books will wait. In fact, all the books will wait. We will all wait, together. It’s all about how we’ll pass the time. Personally, I will be passing it by continuing to fill the gaps in my literary knowledge, and soothing my bruised nerves in the process.

Tracy K. Smith on Translating
the World of Yi Lei 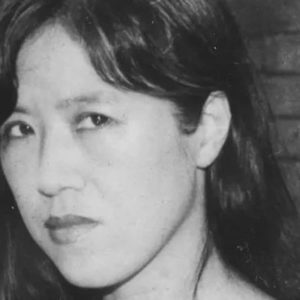 Tracy K. Smith on Translating
the World of Yi Lei

Yi Lei (伊蕾) astounded readers in China when, in 1987, she published a long poem entitled “A Single Woman’s Bedroom.”...
© LitHub
Back to top