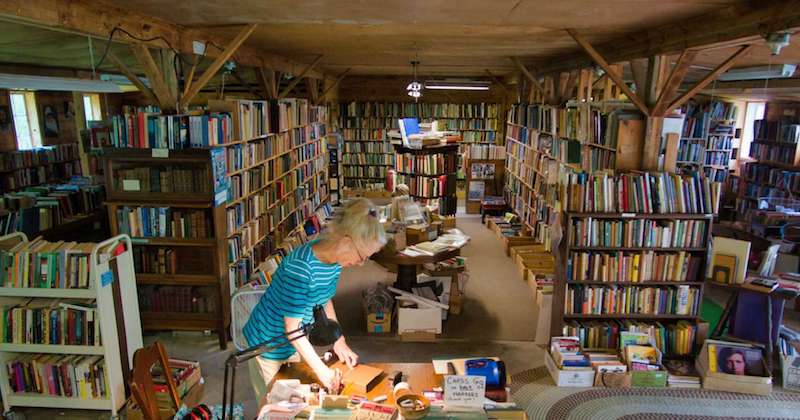 Big news for booksellers, or even aspiring booksellers: The Times Union has reported that Owl Pen Books, a bookstore nestled in the hills of Washington County, is for sale, along with its 40,000 titles. As perhaps hinted by its location, it’s not just any bookstore: it’s a remodeled hog pen and chicken coop.

Owl Pen Books was founded in 1945 by Barbara Probst, who repaired the then-house, started an egg and sheep farm, and then used the money she earned to open a used bookstore in 1960. (Is this what a non-toxic girlboss looks like?) Eventually she sold off the chickens and turned their roost into bookshelves. When Probst retired in 1980, Edie Brown and Hank Howard took over Owl Pen.

Over the years, Owl Pen’s become a local landmark: teens have written their college essays about it and families travel there year after year. Howard died last year, and Brown wants to retire, so now she’s looking to sell the place—only to someone who will carry on the business so it can remain a staple of Greenwich book lovers. Apparently there’s already been widespread interest in the listing, so if that’s you, I advise you strike quickly. Like an owl. I think.