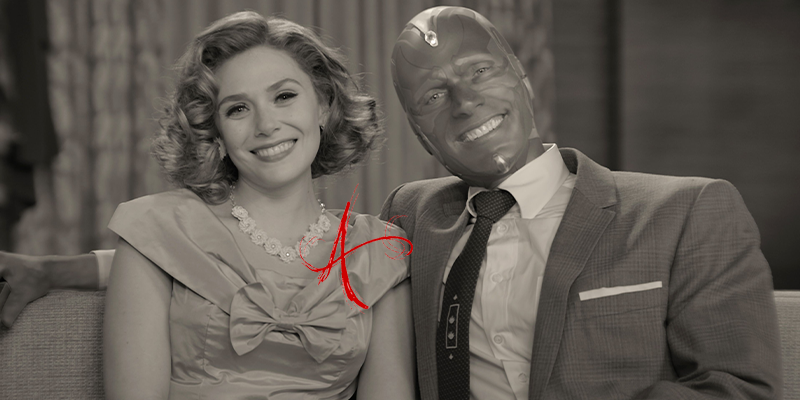 WandaVision is basically a retelling of The Scarlet Letter.

On this very day in 1850, Nathaniel Hawthorne published The Scarlet Letter. You know the story. But in case high school English class feels very far away to you now and it’s been a while since you’ve seen Emma Stone in Easy A, here’s a refresher: In Puritan Massachusetts, there lives a woman named Hester Prynne who gives birth to a baby girl. Hester’s husband had been presumed lost at sea, and the identity of the child’s father is unknown. Hester is publicly ostracized and forced to wear a scarlet “A” for the rest of her life. (A is for Adulterer!)

A few days ago, WandaVision aired its finale. For those of you who haven’t kept up with the series but clicked on this anyway (thank you), here’s what you need to know: Wanda Maximoff is arguably the most powerful Avenger, gifted with telekinesis. Before WandaVision, her backstory (as revealed in the Avengers movies) led us to believe that she got her powers by being the test subject in scientific experiments led by an evil organization. As of the last Avengers movie, her great love—a hot synthetic robot touched with otherworldly powers named Vision—is dead. But at the start of this show, she wakes to find herself in what appears to be a 1950s family sitcom, with Vision mysteriously at her side. From The Dick Van Dyke Show to Bewitched to Full House, the couple travels through different eras of television as their own family grows. Wanda gives birth to two beautiful twin boys, each with powers of their own.

We find out that people in the Avengers Universe are able to watch WandaVision when tuned into the right frequency. They realize that a town (yes, an entire town) in New Jersey (why not?) has gone missing, that a forcefield has been placed over it and that everything has been repurposed as the set of these classic sitcoms. (A corner bodega, for example, might become an old-fashioned soda shoppe. Even the residents of the town have been recast to fit the motif of the television show. The only characters that haven’t been accounted for? Her children. This is important.) What the viewer is wondering the whole time is: How is this possible? Who is behind this alternate universe?? What is going on???

In one twist, it’s revealed that her nosy neighbor, a woman named Agatha, is actually an ancient witch, hellbent on stealing Wanda’s powers. It’s no coincidence that that particular episode begins with Agatha’s origin story in (where else?) Puritan Massachusetts—a first nod towards The Scarlet Letter.

She tells Wanda that her powers come not from the science experiments but from an ancient line—that she is, according to legend, the Scarlet Witch. (A colorful coincidence? I think not!)

The big reveal is that Wanda unknowingly created this rift in reality herself. WandaVision was born out of her deep state of grieving. She is a woman who has lived through much loss: her parents, her brother, and now the love of her life and the family they could never have together. In her sadness, she had coped with the situation the only way she knew how: through the comfort of the classic family sitcoms she and her own parents used to watch. It seems particularly poignant that a major rule of the world is that matter could not be created; Wanda merely subconsciously repurposed everything that was already in existence—everything but her children. She was, through her extraordinary gift, able to make something entirely her own.

It’s not unlike the way Hester Prynne moves on after the assumed death of her husband: finding love, creating life. What these women have in common—what the world around them fears—is their ill-begotten children and their ability to go after what they want.

I mean, what is a witch if not a woman persevering?