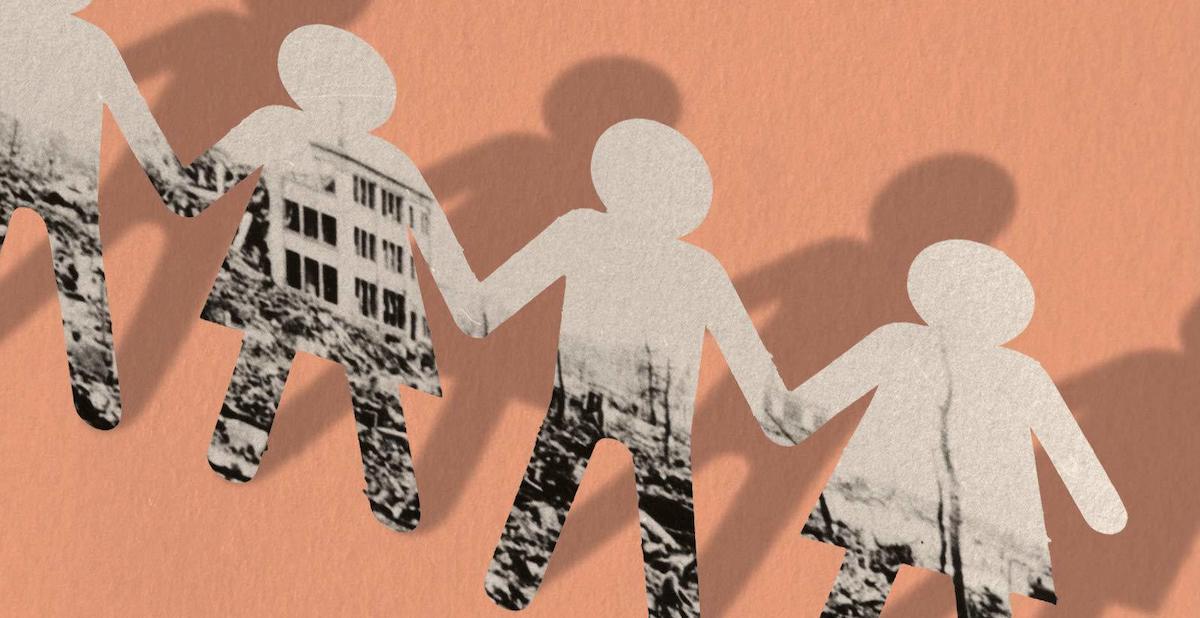 Waiting for a War, Waiting to Live

Asako Serizawa on the Inheritance of Trauma

Early September. I’d just returned to Boston from Tokyo for my second year of college. The campus was still officially closed, but I’d arranged to be let into the dorms a day early, a timing issue connected to my flight. The walk from the T station to campus was about 15 minutes, slightly longer when encumbered by two hulking suitcases.

No one was out, the blocks of indifferent houses as silent as the crooked rows of cars that narrowed the street, the two or three people who had also emerged from the T dispersed in other directions. I don’t know how long the man had been following me; I’d been walking for five, six, minutes. What alerted me to his presence was the human mutter that distinguished itself from the rattling roar of my suitcases as the distance between us closed.

When the man edged within 20 feet of me, I turned to address him. Two things happened: the man slipped into the row of parked cars and began zigzagging towards me just as a woman appeared on the street with two huge dogs. Shouting, she began moving towards us. Later, it would hit me why she never completed her approach, but at the time I hadn’t been in the States long enough to worry about what might be concealed behind the curtain of someone’s denim jacket. I saw the man’s hand slide in, and I simply prepared to fight. The woman, however—a longtime immigrant from Germany, as she’d soon tell me—stilled. In a quiet, commanding voice, she ordered the man to show his hands. They will attack, they are trained, she kept saying of her imposing dogs, who, with remarkable calmness, locked their gaze on him, connecting, it seemed, at a register deep beneath the orbit of language where perhaps his psyche kept him hidden. Within minutes, his murmur settled, his hand emerged empty, and he was gone, his face encoded into memory.

The death event was inaugurated by World War I, but was not abolished after the Great War, or after Hiroshima and the Holocaust… The 20th-century death event has, in fact, become our conventional warfare… Literature and art are not immune to colluding.

A man I dated for some years in my twenties was half white American, half Filipino on his mother’s side. A charismatic woman whose elegance spoke of her years as a dancer, his mother was central to his life, her love for him radiant and leonine, protective in a way that made him shine.

The last time this exact narrative, coalesced around brainwashed fanatics, was used, it had facilitated the dropping of two nuclear bombs.

I met her only once, two years into the relationship, though her son and I had been serious enough to imagine having a child together for some time. Part of it was logistical: she and her husband, pioneering lovers in their family mythology, lived in the Philippines, and the two times they’d flown in, I’d already left for Japan for the summer. Bad timing, we said. But there was something else. Early in the relationship, she’d had her son explain to me that she was from a family who owned a sugar plantation in the Philippines, and during the Second World War, when Japan invaded the island, then an American colony, the Japanese soldiers had made a spectacle of beheading every male in every influential family, including hers.

“You can’t control where you were born. She knows that. It’s not your fault.”

“I know that,” I remember saying, but of course I wondered. What was my exact relationship to my country, to this history, to this person I’d been planning to spend my life with, and to the trauma of the people nearest to him?

“Nothing.” But for once this man who had always seemed beautifully alchemized and whole looked embattled, his body evidence of not the triumph of love over history but the inescapability of history, one colonizer replaced by another, then another, the layers finally consummated romantically but marked by a fierce maternal will to protect her male child.

We eventually broke up for reasons unrelated to this. And many years later, when we briefly exchanged emails, I learned that not long after our breakup his mother, lured by an unprecedented dance premiere, had not only traveled to Japan but felt welcomed there. To my surprise, I found myself weeping, a snotty complicated bellow.

This is the third weekend of anti-Japanese protests…The spark for the latest row was Tokyo’s approval of a new history textbook that whitewashes Japan’s wartime atrocities.

September again in Boston: the whole city deserted, TVs flickering like electric tongues behind every window. Within weeks, racial profiling and the Patriot Act would resurrect images of Japanese American internment camps and McCarthy-era witch hunt, while airport security and luggage restrictions would usher in the age of rolling carry-ons and clear toiletry bags, but the stunned days following the September 11 attacks sludged along, the minutes stretching into hours, the trauma of the eternally unfolding present memorialized by the endless replay of the collapsing towers.

Like many people I know, my partner and I milled about the boxed confines of our apartment, blindfolded by the unimaginable future, the hum of anxiety about the form of American retaliation keeping us hostage to the news. Would there be a war? Even then, the emphasis seemed to fall not on the “would” or on “war” but on the “be”: would there be a war? As information began releasing in uncertain dribbles, blinking newscasters rolled out new, exotic words that would soon be familiar on everyone’s tongue: jihad, Al-Qaeda, Osama bin Laden. Maps appeared. Names and faces hijacked the screen. Crude cultural lessons, packaged into soundbites, saturated the public knowledge vacuum, reinforcing racial stereotypes as naturalized as Aladdin. When, inevitably, Pearl Harbor and kamikaze pilots entered the media lexicon, conveniently twinned (kamikaze planes did not attack Pearl Harbor), war seemed a foregone decision.

But would there be a war?

I was riveted to the question. The US had the largest military budget in the world and a ready arsenal to match; what “war” could there be? But it was something else, too. Something eerie about the emerging narrative, the anachronistic vocabulary drawn from a long-ago war in the Pacific. I couldn’t shake the uncanny feeling, the odd, physical fear. Then it struck me. The last time this exact narrative, coalesced around brainwashed fanatics, was used, it had facilitated the dropping of two nuclear bombs—a technological triumph still commemorated at the Smithsonian devoid of reference to the human cost.

Historical events are never really punctual—despite the appearance of…the abruptness of its violence—but extend into a before and an after of historical time that only gradually unfold, to disclose the full dimensions of the historicity of the event.

How to account for contiguous or intersecting histories without allowing them to occlude or erase each other, how to turn competitive or appropriative memory into more capacious transnational memory.

–Marianne Hirsch, The Generation of Postmemory

Eighteen years pass. I am here for the first time in eighteen years, Mother. We left here in this memory still fresh, still new. I speak another tongue, a second tongue. This is how distant I am. From then. From that time.

Twilight memories are both: generational memories on the wane due to the passing of time and the continuing speed of technological modernization, and memories that reflect the twilight status of memory itself. Twilight is that moment of the day that foreshadows the night of forgetting.

I began to write. 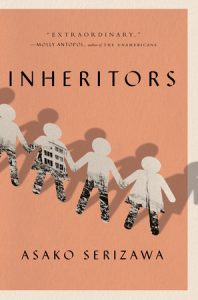 Inheritors by Asako Serizawa is available via Doubleday.

Asako Serizawa was born in Japan and grew up in Singapore, Jakarta, and Tokyo. A graduate of Tufts University, Brown University, and Emerson College, she has received two O. Henry Prizes, a Pushcart Prize, and a Rona Jaffe Foundation Writers’ Award. A recent fiction fellow at the Fine Arts Work Center in Provincetown, she currently lives in Boston. Inheritors is her first book. 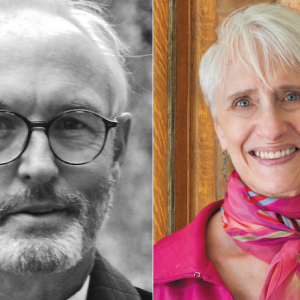