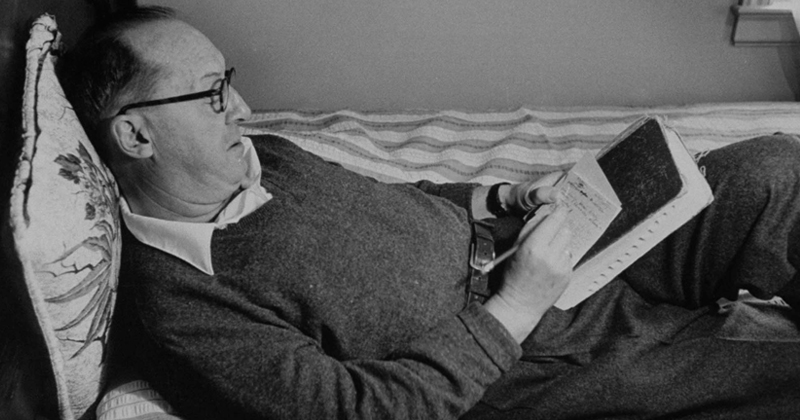 Vladimir Nabokov on the “great books” of the 20th century and other detestable things.

121 years ago today, Vladimir Nabokov was born in Saint Petersburg. Some time later, he became one of the best—and most opinionated—writers of the 20th century. So to celebrate his birthday, I thought it might be time to revisit this delightful interview with Robert Hughes, which was conducted at Nabokov’s home in Switzerland in 1965. In the clip below, Nabokov talks about his relationship to his homeland, reads the first sentences of Lolita in English and in Russian, then gets down to business.

“I’ve been perplexed and amused by fabricated notions about so-called ‘great books,” he says. “That, for instance, Mann’s asinine Death in Venice, or Pasternak’s melodramatic, vilely written Doctor Zhivago, or Faulkner’s corncobby chronicles can be considered masterpieces, or at least what journalists term “great books,” is to me the same sort of absurd delusion as when a hypnotized person makes love to a chair. “My greatest masterpieces of 20th century prose are, in this order: Joyce’s Ulysses, Kafka’s [The Metamorphosis], Bely’s Petersburg, and the first half of Proust’s fairy tale, In Search of Lost Time.”

He picks up a notebook and goes on to describe his notes on “the things I detest, for instance: italicized passages in a novel which are meant to represent the protagonist’s cloudbursts of thought. Then background music, canned music, piped-in music, portable music, minstrel music, inflicted music. Concise dictionaries. Abridged manuals. Journalistic clichés: ‘the moment of truth, the moment of truth!’ Humility.”

Concise dictionaries! Detestable indeed for a man with a vocabulary like his. Watch the whole clip below: