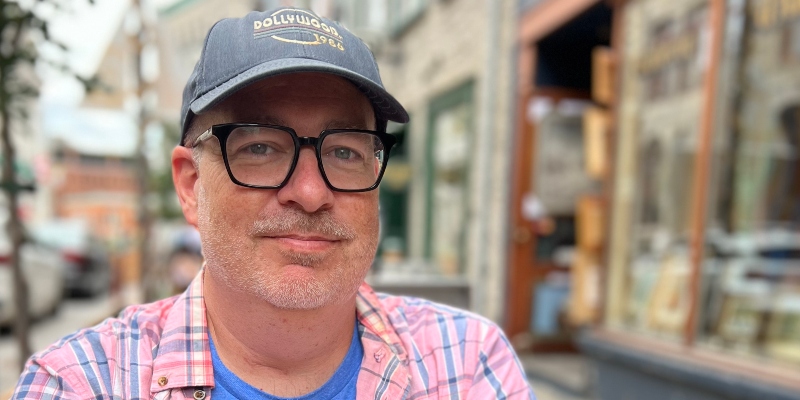 Vintage Contemporaries: Dan Kois on the Joys and Sorrows of Literary New York in the 1990s and 2000s

Writer and editor Dan Kois, who works at Slate, joins V.V. Ganeshananthan and Whitney Terrell to discuss his debut novel, Vintage Contemporaries, which features a young woman who begins her career as an agent’s assistant in New York in the 1990s. He explains distinctive aspects of the era, including apartment building squatting and communal living. He also reflects on the pleasures of being an editor—a job he loves and that his protagonist eventually takes on. He reads an excerpt from the novel and compares his heroine’s prospects with the prospects of publishing staffers today, and comments on the HarperCollins strike.

V.V. Ganeshananthan: I wonder if you can talk a little bit about the role that the world of literary agents plays in the novel and how different that world is compared to what we’re seeing today.

Dan Kois: The agent that Em works for is a woman named Edith, who is described to Em by the professor who helps get her the job straight out of college, as “from the old school,” which means that she is quite old, she wears cocktail dresses to work and smokes in the office, and seems to spend most of her time just talking on the phone to people and she is not that interested in actually making deals. Because many, many years ago, she made one deal for a kind of futurism book that has funded her small agency for the decade since.

So she is truly of the old school. And one of the fun things about this book was exploring the ways that the industry has evolved. Em starts with this agency in the ’90s, where it’s run by a single woman who doesn’t care that much about the business and is not that interested in expanding or finding exciting new clients, and hosts a series of frustrated assistants, who leave evidence through the years of their frustration in the file folders, as they try to find clients, try to break new books, try to engage their enthusiasm for literature, and are constantly shut down or dampened by Edith, who doesn’t care about any of that shit.

And then later, as the book moves into the 2000s, we see Em as an editor in a publishing house, where she has advanced through her career, often by working on books that will just sell, that she’s doing as favors to other editors or for the benefit of her own profile at the house, but also working with books that she really loves that are important to her. One of the big plot turnings of the second half of the book is a rediscovery that Em makes of a book from her Edith Safer days, that she finds a way to make into a new thing that a new generation can experience.

Certainly my experience with agents, with my particular agent, bears no resemblance to Edith Safer. But even my time working as an agent’s assistant in the ’90s didn’t bear that much resemblance to Edith Safer. I kind of made her my version of a legend of old publishing. of like, clubby, old, two-martini-lunch publishing, that may or may not have ever existed, but which represents to Em her idea of what publishing is when she first gets in New York. Her ideas are really based on what she’s read in old issues of The New Yorker, and the way that she idolizes Vintage Contemporaries, the actual Random House paperback line that broke a lot of young and hip authors in the ’80s.

It’s based on these fantasies, and I wanted to have her encounter some of these fantasies in real life, discover how annoying they are, and then try and make a different life for herself in a different kind of publishing world later on, as she’s a little bit smarter, and then discover that that’s annoying too, that there are problems with that, not the least of which is the many structural problems built into the current and past model of publishing as a business.

Whitney Terrell: My agent started—he’s my age—and he started at a firm like the one that you depict in the book, which was John Hawkins & Associates. The guy John Hawkins was still there. It had formerly been like, the Reynolds Agency, also named for a guy—they were very like, white shoe firm—but John Hawkins was like that, a cigarette-smoking martini guy, who would let you stay in his apartment if you were coming through town. That world did exist. Those agents were there.

DK: And it’s appealing. It’s also very clubby and tends to mean that a certain kind of book makes it past that particular gatekeeper. Edith Safer is not interested in the very exciting, maybe weird and avant garde novel that Em really wants her to be interested in. She doesn’t see that, she’s not going to sell that.

WT: Let’s talk about the friendships at the center of this novel. There’s Emily Thiel, Em, the narrator, who becomes a literary agent’s assistant, and then an editor, and her friend, also Emily, who’s a theater director. They both appeared in the scene that you just read. And then, later, a bartender with addiction issues. And I always say that novels are about ethical conflicts between characters. How would you describe the ethical conflicts between these two friends?

DK: Put simply, Emily believes that she and everyone she knows is fated to be extraordinary. And Em is not convinced that’s necessarily the case. Emily is willing to do anything and say anything with the knowledge that she is, and will be, extraordinary. And Em finds herself being the person who often has to clean up the messes as a result. That’s the central conflict between them.

But there’s also something deeply appealing and fulfilling about having someone in your life who’s convinced that you will be as extraordinary as them. And that leads Em, I think, down some stray paths that don’t take her anywhere good, but it also leads her to a bunch of things like, for example, the squat that changed her life forever.

It was fun for me to take these two characters who have two very different ways of looking at art, and morality, and the things you ought to do to get what you want, and make them friends. Because we often end up, especially in our twenties, friends with people whose ethics, aesthetics, and philosophies are wildly different from ours. We just ended up in the same dorm room or crappy apartment, and we talked forever, and that’s it—we are friends forever.

VVG: I feel like Emily is what my former colleague Charlie Baxter would call a “Captain Happen” character from the second she appears. It’s like, “Oh, man, shit’s gonna happen now.” She’s tremendously fun to read. And really funny also. And the other core friendship in the novel is between Em and the writer Lucy Deming, whom Em meets early in the ’90s. The occasion of their introduction is that Lucy was friends with Em’s mom. And so there’s this funny moment where Em had already had the experience of being yenta’d with everyone’s friend who had a novel in their drawer, and I was like, oh, God.

DK: Everyone who’s ever worked in publishing has had that happen to them 10 trillion times, and usually it’s so annoying, but every once in a while, you never know what may come up.

VVG: Every once in a while, Lucy Deming!

WT: If you live in Kansas City, you don’t even have to work in publishing. You can just be a writer and people write up their stuff and expect that you can just call someone and get it published, right?

VVG: Exactly. So Em is on the phone with her mom. Her mom asks, “Have you called Lucy?” And she’s like, “Oh, I will, I will.” So she comes to this lunch, like it’s going to be a chore, and discovers real joy in this friendship with this person whose novel, she describes it to Emily, and Emily says, “That sounds like a novel your mom would read.” And on the other hand, there’s this real pleasure to their conversation about writing. And so I’m curious to hear you talk about how these two friendships play off each other, because they do in such interesting ways: Lucy and Em, and Em and Emily.

DK: Well, they play off each other in what they give Em, our central character, right? One gives Em the sense that she is exciting and extraordinary and is wrapped up in extraordinary things. And the other gives her a real sense of comfort and the ordinary in ways that she finds necessary, even as her life does become briefly extraordinary. 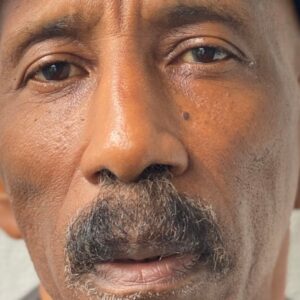 Greenlight Bookstore welcomes Will Alexander, finalist for the 2022 Pulitzer Prize in Poetry, to introduce Divine Blue Light,...
© LitHub
Back to top