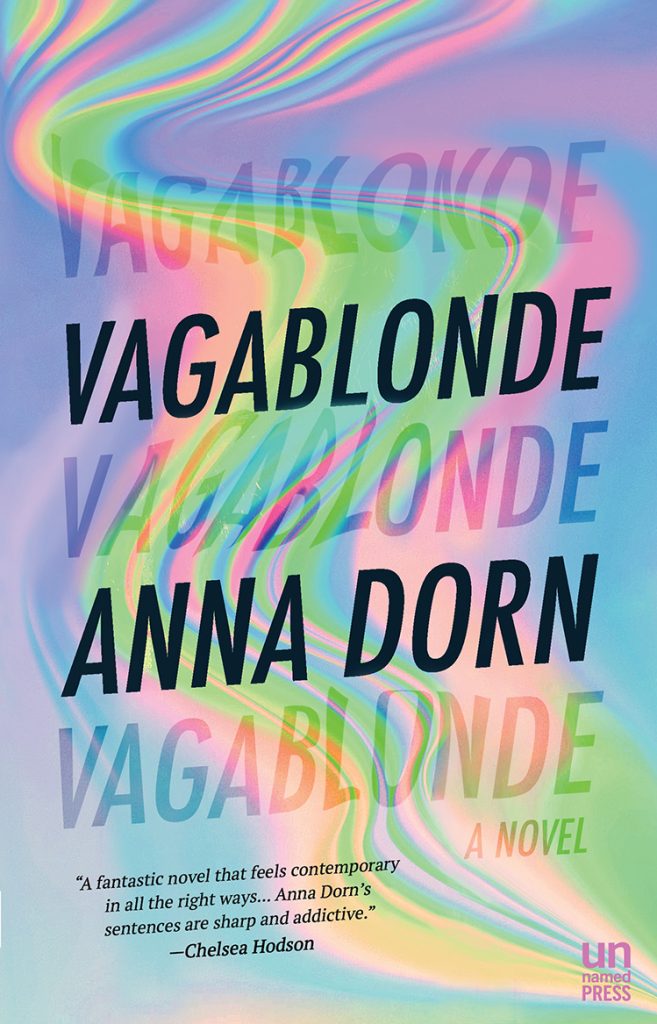 The following is excerpted from Anna Dorn's new novel, Vagablonde a story of the toxic nature of viral fame. Dorn is a former criminal defense attorney, and a writer living in Los Angeles. She has written about culture for LA Review of Books, The Hairpin, and Vice Magazine, and her memoir, Bad Lawyer will be released next year.

The next morning I go on a hike with Jake Perez, my best friend from UC Berkeley (where I went for college and law school, which makes me something they call a “Double Bear”). He picks me up in his vintage black BMW, which is by far the sexiest thing about Jake Perez. He inherited it when his dad passed away in college. This was a few weeks after we became friends. I was drawn to how callous Jake was about the whole thing. He referred to his dead dad as a “charmless bigot,” but he felt blessed to inherit his sexy car and enough money to start his own business. I’m not entirely sure what Jake does. Something to do with computers. The nice thing is that we both can make our own schedules, and he gets me out of my apartment during the day.

Soon we’re ascending the dusty trails of Griffith Park, talking about SSRIs while weaving around packs of tourists.

“I think it’s a terrible idea,” he says when I tell him my news about weaning off.

“My psychiatrist, a medical doctor”—I pause for dramatic effect—“disagrees.” Our friendship mostly revolves around theatrical pauses.

“Please,” says Jake Perez. “Never trust a psychiatrist. You know the whole field was invented by a cokehead.”

“Me!” he yells. A hawk swoops overhead.

“Defending criminals?” Jake asks as we turn the corner. He has difficulty grasping my job, that I’m a selfless crusader against injustice. Jake isn’t one for nuance.

“My music career.” I frown.

“Typical Leo rising,” Jake says. Our tendency to want to make sense of a random world by trying to put people into neat astrological boxes is among our primary bonds. We’re also obsessed with sociopaths and pretty movies where nothing happens. “Our generation is plagued by prolonged adolescence.” He pauses. “That’s not a value judgment. Just a fact.”

Jake loves to qualify obvious value judgments as not value judgments. I know what he’s getting at, that you’re supposed to have your “rapper phase” at seventeen.

“Speaking of prolonged adolescence,” I say, brushing off his barely couched denunciation, “wanna come to a show tonight?”

I look back and he’s hunched over, leaning on his knees, heaving. Jake has trouble keeping up with me, on the trails and in most other ways. I start tapping my foot on the dust as I wait for him to catch up. “Dead Stars,” I say.

“Never heard of them,” Jake says in between heavy breaths, and now it’s my turn to heave.

“Who?” he says. And now I know he’s just trying to piss me off, which Jake Perez is very good at doing. In fact, I’d say he’s an expert at it. Maybe that’s why we’re friends. He makes me feel something. Even if it’s mostly rage, it’s better than the drudgery of daily existence.

I slap him on the arm and he yelps. I like that Jake is so much bigger than me (most people are) that it’s fine if I hit him. When life gives you a frail frame, weaponize it. That’s what I always say.

“Oh,” he says. “That reality TV girl. That teenager you worship.”

“She isn’t a teenager,” I say. “She’s twenty-four. And Dead Stars is her newish band. You’d like it.”

Jake’s taste in music isn’t exactly “on trend.” It isn’t bad, I mean, we’re friends, after all. But it’s not really party music, more like the type of thing you would hear in an ’80s horror movie, synthy and ominous and all that. It’s fun for writing and feeling terrified, less for drinking. But Dead Stars is bizarre enough that there might be some overlap.

Maybe that’s why we’re friends. He makes me feel something. Even if it’s mostly rage.

I grin a little. “It was one of the first synths. It was created in Berkeley in the sixties, around the same time the Moog was invented in New York.”

I knew this would get him because Jake is pretentious and he hates when I know things he doesn’t.

“I think I had a class with Buchla’s son my freshman year.”

I’m pretty sure he’s lying to overcompensate for his ignorance, which I love. “They’re blowing up,” I say.

“You say that about everyone,” Jake says as he kicks a beige rock. I watch the rock skip, thinking its color reminds me of Kanye’s forays into fashion.

“No, I don’t.” I peer back at the city below us. Various clusters of nondescript buildings, the ocean sparkling in the distance. “Our city is perfect,” I say.

“Are you serious?” Jake says. “Don’t you see all that nasty smog?”

“It’s pretty,” I say. I gaze into the gooey band between the buildings and the clouds. “The way the colors get caught in it.”

“Prue,” Jake Perez says, getting all in my face. “It’s killing you.”

From Vagablonde by Anna Dorn. Reprinted with permission of the publisher, Unnamed Press. 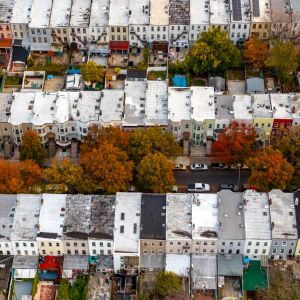 Mekkiayah Jacobs: New York City Needs to Care For Its Homeless Every year, Girls Write Now provides the opportunity for mentees to be published in a book form; in recent years, the print...
© LitHub
Back to top