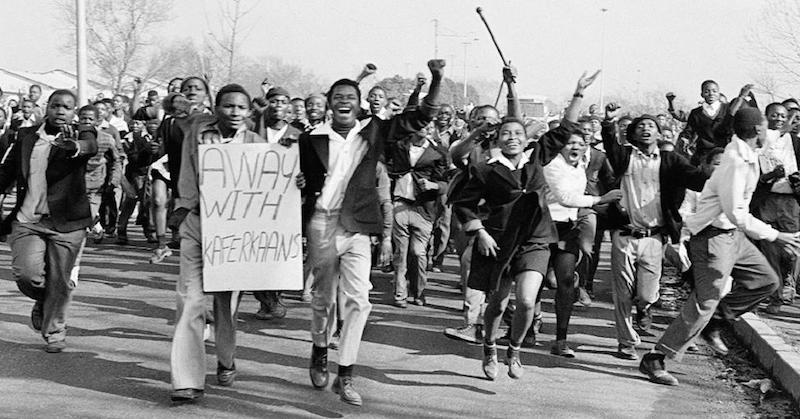 Michelle Pretorius Wrestles with Her Country's Past

I woke up one morning a few years ago to a very long Facebook post from a high school boyfriend who still lived in South Africa. “You don’t steal because you are poor,” he ranted. “You steal because you’re a thief.” Someone had stolen from him, presumably someone who wasn’t white from the cadence of his post. “Nobody in this country has suffered like the Afrikaner during the Boer war,” he continued. “And the Afrikaner didn’t steal. We pulled ourselves up by our bootstraps.” My heart started beating wildly as I read, appalled by the old racist mythologies and justifications I had heard so often when I was a child. More than that, I felt despair.

Let me explain. I grew up in apartheid-era South Africa, where people were categorized and oppressed according to skin color. White, black, and “colored” (a racial classification for people of mixed heritage) all lived in separate areas, the borders strictly patrolled so that one color didn’t venture into the realm of another. Non-whites had to carry passes to work in white areas. Children often grew up without their parents because they could not accompany them to the cities. Whites also were prosecuted for miscegenation if they loved across the color line, even though the punishment was never as severe as for their black partners. History lessons in school were skewed towards the religious justification of white rule. Christian nationalism controlled white minds from the pulpits and the classrooms, and limited education was used to suppress black minds and dissuade them from any ambitions towards something better than being cheap labor.

To maintain power, the apartheid government had to control both black and white thinking. It had to eliminate empathy for the other. Control of the media, the censoring of reading materials, and access to information was government business, its citizens treated like children to be told what was good for them. It might be hard to understand the impact that the deprivation of information has, especially if you were raised in a country like the US where access to information is constitutionally protected. Anything that was labeled indecent or immoral by the apartheid government—even something as ridiculously banal as nudity in art—was often banned. Books by South African writers were subjected to secret censorship committees, often comprised of their writer peers, and were banned if the slightest amount of subversion was found between the covers. Libraries only carried censor-approved books. There were very few bookstores, the book selection limited and often prohibitively expensive.

I was still in high school when apartheid ended, socialized into a society that would rather forget the past and their complicity in it. Radio stations were changed and televisions switched off when the Truth and Reconciliation Commission hearings were broadcast. The fear and indignation at the changes that were taking place around us was pervasive; we were part of a cult of ignorance that would rather cling to the mythology we were told to believe, than be brave and face the truth. Even if I didn’t really understand what was going on, I knew it wasn’t right. I made a speech to my English class in high school that argued for equality. I was shot down by my peers, and told by teachers that, “you don’t know anything.” Free thought was generally not encouraged when I was a child, the absolute authority of the white male unquestioned. Even though I regularly kicked against these notions, I was timid. I acquiesced so I would not be labeled bad, so I would not get into trouble.

There was no bloodbath when apartheid ended. Most of the horrors whites imagined did not happen under the ANC government. A complacency and willful ignorance had settled in the country in only a few short years, punctuated by complaints about increasing violence and affirmative action. I left South Africa after college, living in the UK for a couple of years before settling in the US. I was suddenly exposed to the outside world, new perspectives on things I once regarded as irrefutable fact, bombarded by questions and comments I had no answer to or defense against. At first I denied the validity of outsiders’ views and opinions, trying to defend and explain. Ultimately I had to admit the truth. I didn’t know much about my country’s real history. I approached this problem, as I do all problems, by reading. Knowledge and books were freely available to me now, the internet a force that could not be contained in a single truth. And once the door of that knowledge opened, I fell through the rabbit hole. The more I read, about death squads, torture, forced removals, massacres, the systematic alienation of a people in order to secure a cheap labor force for a nation that believed that God was sanctioning their right to the land and dominion over others, the more upset and ashamed I became. I was upset that I hadn’t searched out the truth earlier, I was ashamed that I was part of a people in whose name all these horrors were committed. I didn’t know what to do with this information except to feel alienated from my heritage.

As I read my ex’s Facebook post that morning, I had to concede that, yes, it was true, the Afrikaners had suffered under the British. Thousands of women and children had died in concentration camps, the men sent to POW camps, their farms burned to the ground. What my ex forgot to include, however, was that there were black concentration camps too. That black people had always suffered in South Africa under white men’s wars, and that nothing could compare to the deliberate suffering and humiliation that apartheid had dealt non-whites in their own country. My ex was also wrong in the assumption that the Afrikaner became powerful after the Boer war through his own unblemished merit. Powerful organizations, intent on suppressing others, worked behind the scenes so that the Afrikaner could eventually take power. The Broederbond worked through religion, mythology, and ideology, every powerful man in society a member, every official, every president until 1994, even a headmaster of my high school. The Broederbond controlled cultural organizations, businesses, and banks, all of their dealings shrouded in a veil of extreme secrecy. Christian nationalism was enforced in school, church, and at home, dissent not tolerated. We were turned into a society that accepted authority blindly and we were too lazy or fearful to examine that authority. Then, when apartheid was in trouble, there was the euphemistically-named Civil Cooperation Bureau, among others, that was responsible for keeping dissidents in line by any means necessary. Those means often involved covert operations of abduction and torture. Many died fighting for their freedom. The number isn’t known, because people just disappeared.

I had a knee-jerk reaction to my ex’s post. I made some liberal self-satisfied proclamations on his wall amongst all the self-satisfied likes and agreements, and summarily unfriended him. In that moment I had forgotten how belief systems worked, how deeply ingrained my countrymen’s socialization into their beliefs were, how deep mine used to be. The more you rail against it, the more belief digs in and shuts out any opposition. Ultimately, all I did was strengthen his resolve. After all, I had left. I had become an outsider who didn’t have to deal with the day-to-day realities of life in South Africa. What did I know?

We all like the idea of there being simple solutions to the very complex problems that mire our lives. You only have to look at the 2016 US presidential race to see the proliferation of easy answers. The problem with simple solutions, however, is that they aren’t really solutions at all, only stop-gaps to make us feel better in the moment. They simply don’t work. Increasing crime in South Africa is a problem with historical and societal origins and implications. It is easier to believe that someone who looks different from us is to blame because they are inherently bad or lazy, than it is to do the work to try and understand the problem fully. It is easy to reduce people to the color of their skin, to the fact that they do not look like you, or believe like you. It is exponentially harder to come up with a complex solution to match a complex problem.

The thing that has always attracted me to works of fiction, the reason I became a fiction writer, is its ability to put you in the head and skin of another person better than any other art form I’ve encountered. Much has been written about fiction’s ability to create empathy, and who of us do not end up rooting for the protagonist of a story or a novel, no matter how many mistakes or missteps they make. I hoped Bigger Thomas would escape capture, even though he was a murderer; I cried bitterly when Henry died after his last time-traveling trip; and I reveled in Smilla’s justice when Tork sinks into Greenland’s icy waters. I couldn’t be more different from these characters as far as appearance, temperament, and experience are concerned, yet I connected with them, I understood them, I experienced joy, grief, and fear with them. Albert Camus famously wrote that fiction is the lie through which we tell the truth. To me, by revealing their truths, these writers had made their characters real. I was in grad school when I fully immersed myself in research about South Africa’s past. I was unsure of what I could do with what I had learned without it becoming a sermon. My ex’s rant crystallized the idea for The Monster’s Daughter.

I realized I needed to tell the story of South Africa. Not as a history lesson about people in power, but as fiction from the perspectives of the people who lived under apartheid. I wanted to use the powerful empathetic tool of fiction to explore the past with my reader, to try to understand the people of the country’s beliefs, motivations, experiences, and suffering, an understanding to which censorship had denied us access. The past reaches into the future, the actions of our ancestors a very real presence in the lives we live, even if we don’t know or understand that history. The different narrative strands of The Monster’s Daughter each represent a link to that history; an illustration of how the characters come to terms with their past as part of a larger complex history. Yes, the novel is a work of fiction. It uses genre conventions, narrative devices, and fantastical lies. But my hope is that, through these fictional lies, it might just begin to tell a complex truth.

Michelle Pretorius was born in Bloemfontein, South Africa. She has written for Bookslut, Word Riot, and the Copperfield Review, among other publications. She received an MFA in Fiction Writing from Columbia College Chicago and is currently a PhD student at Ohio University.

The Art of Dividing the World Into Winners and Losers 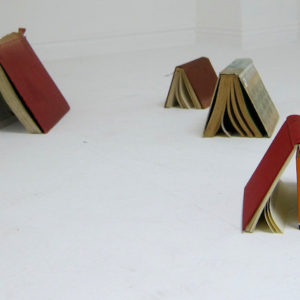 Last summer, I wrote a piece about a number of books that were themselves about books, a category that happens to be my very...
© LitHub
Back to top