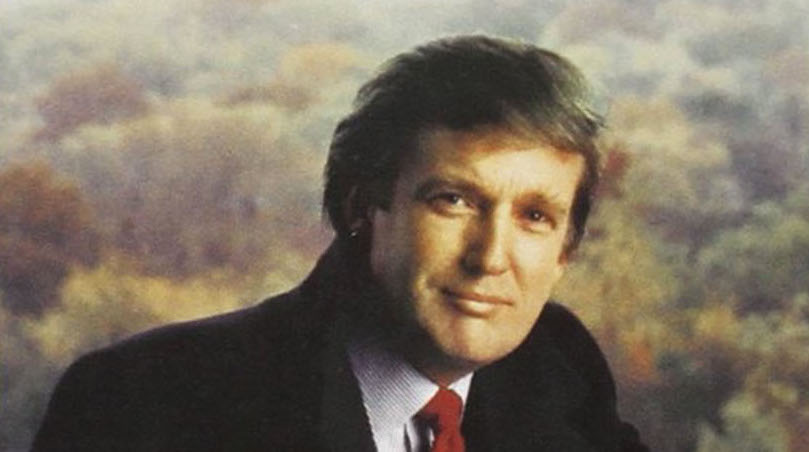 The Art of Dividing the World Into Winners and Losers

On Donald Trump, Neo-Natal Reading, and a Very American Tragedy

“Who has read The Art of the Deal in this room?” Donald Trump asked awhile ago at a Liberty University rally. “Everybody. I always say, a deep deep second to The Bible.”

Long before Trump requested a show of hands, there was someone who proclaimed her admiration for the book in an online forum. This was Laurel Harper, the mother of the Oregon school shooter, the man who shot and killed nine people last October at Umpqua Community College.  She had read it to her son, she said, before he was born, as the New York Times reported shortly after the incident last year. “Now my son invests in the stock market along with me,” she said. “[He] turns a profit and is working on a degree in finance. His language and reading skills are phenomenal. I tell you this because it’s not too late for you to start helping your daughter.”

A nurse by profession, Laurel Harper was responding to a parent who had asked for advice about her autistic child. Her own son, Christopher Harper-Mercer, had Asperger’s Syndrome and was apparently autistic as well, although Ms. Harper couldn’t have known that while he was in utero; she was talking about the importance of what one reads to unborn children and how that can help them later, as she came to realize, even if they have certain conditions. She didn’t mention other books that she had read aloud at the time; obviously it was something she wanted to pass on in a public conversation board.

For a number of days after the shooting, I couldn’t shake what I had read in the Times. I had heard much about The Art of the Deal from people I’ve written about over the years, many down on their luck, or just plain down for the count—just like their mothers and fathers before them, and the ancient ones who preceded their mothers and fathers on their particular circuit. They were looking for a way in, hoping to hit the jackpot, having been locked out of the American dream long ago. They figured that buying and selling real estate could give them a toe-hold, and they would say so as they sucked long and hard on their Marlboros, and once that was in motion, it wouldn’t be long before they were making deals with the big guys and even drinking the good stuff, instead of the jack-and-Cokes they scraped up the coin to pay for during happy hour at the Cactus Lounge. “And then you can come and visit me,” they would say, “but you’ll have to be buzzed in at the gates!” You see, they wanted to live where they weren’t wanted, and they would laugh hard at the statement, knowing that behind it, such a fate was not in their cards, and really, the joke was on them.

Recently, I borrowed The Art of the Deal from the library. I wanted to take another look at the book that some now cite as the blueprint for Donald Trump’s campaign—and which, as was just revealed, has caused remorse for the ghost writer, who came up with the title and much of the framing of Trump’s life. What was in the bestseller, I wondered, that an expectant mother might want to pass on to the next generation?  In the book’s own language, Laurel Harper was urging her son to dream a banal world of winners and losers, of striving and acquiring things, of air rights, valuable holdings, and letters of intent. Yet behind that language, she was urging him to make something of himself, hoping, as in a fairy tale—for this is indeed a modern one, stripped of gentility and beauty—that some day, he become a king. As I explored the book, I noted certain passages which might be inspirational for a future investor, and I also started to wonder about the conditions in which Ms. Harper might have read aloud. Was she sitting in a comfortable and favorite armchair, under an oft-used reading light? Did she read to him or actually to herself out loud and therefore her son at the same time, in bed as she drifted off to sleep? Did she read to him on breaks at work, or perhaps during a walk in the park? Here is the scenario I imagined…

“In college,” she begins, quoting the fellow who flips hotels and once owned a beauty pageant, “while my friends were reading the comics and the sports pages of newspapers, I was reading the listings of FHA foreclosures… I don’t do it for the money. I’ve got enough, much more than I’ll ever need. I do it to do it. Deals are my art form,” she continues as she pages through the book, perhaps giving this a flourish. “Other people paint beautifully on canvas or write wonderful poetry. I like making deals, preferably big deals. That’s how I get my kicks… No matter whom you’ve met over the years,” she adds, whispering possibly or invoking a soothing voice as the unborn boy floated in the primordial tides, “there is something incredible about sitting down to dinner with the cardinal and a half dozen of his top bishops and priests in a private dining room at St. Patrick’s Cathedral… [The cardinal] is not only a man of great warmth, he’s also a businessman with great political instincts… Even in elementary school, I was a very assertive, aggressive kid. In the second grade I actually gave a teacher a black eye—I punched my music teacher because I didn’t think he knew anything about music and I almost got expelled. I’m not proud of that, but it’s clear evidence that even early on I had a tendency to stand up and make my opinions known in a very forceful way. The difference now is that I like to use my brain instead of my fists…” Perhaps she pauses here or stops for the evening, and then picks it up another time, in another place: “I finally found a plane,” she says, maybe with a bit of drama, for indeed, it seems to have been a big moment in Trump’s life. “I happened to be reading an article in Business Week in the spring of 1987 about a troubled, Texas-based company name Diamond Shamrock. The article described how top Shamrock executives were enjoying incredible perks, actually living like kings. Among the examples cited was a lavishly equipped company-owned 727, which executives flew around in at will…” Flew around in at will, my little one, wouldn’t you like to do that? “There are people—I categorize them as life’s losers—who get their sense of accomplishment and achievement from trying to stop others.  As far as I’m concerned, if they had any real ability they wouldn’t be fighting me, they’d be doing something constructive themselves…” Now here comes a really good part, I hope you’re paying attention! “I’m not looking to be a bad guy when it isn’t absolutely necessary… It just goes to show that it pays to move quickly and decisively when the time is right…” And here’s the best line of all, if you get anything out of this book, young man, I hope this is it…” “I’m keeping my options open,” she reads and then she might have said goodnight and sweet dreams to her unborn son, for that is the way of mothers, and then possibly she blew out a candle.

The primordial stew furnishes us with the building blocks of life. This includes not just vitamins and minerals, but, as research shows, things of a more esoteric nature, such as music and art and literature—sounds and vibrations and words that are imprinted onto a seed and from which that seed goes forth and grows and tries to find his or her way in a world filled with obstacles that are seen or felt in the bones. When I first learned about Laurel Harper reading Donald Trump to her son before he was born, I asked some friends about the books or music that they conveyed to their children while in the womb. Several mentioned nursery rhymes, including those that were cautionary tales; writer Samantha Dunn and musician Jimmy Camp spoke of Bob Marley and the song “Three Little Birds,” which their son, now seven, still loves; John Densmore—the drummer in the Doors—sang “When Irish Eyes Are Smiling” to his unborn child, and others played Beatles songs (“my son is now studying music in Liverpool,” photographer Elissa Kline told me).

I know all about the false hope that The Art of the Deal has conveyed to those who have nothing to lose so why not get into real estate? I’ve seen them take one last gamble on some land-buying scam and I’ve seen what happens when it falls apart and they are back at the Cactus Lounge during so-called happy hour. Mostly, they are destroying themselves, perhaps still harboring fantasies of living behind a gate, in a house that they own, free and clear, but knowing in their heart of hearts that such a thing is beyond their reach and the game is over. So they light up another Marlboro and order another jack-and-Coke; as the old saying goes, the rich get richer and the poor get drunk.

What happens to someone when he soaks up the idea that the world is comprised of winners and losers before he is even born? That losers are people who stand in his way? What happens when this imprinting is later loaded with guns (trips to the shooting range with his mother) and the prospect of fame (numerous shooters who preceded him) along with a kind of spiritual affliction (Asperger’s Syndrome), a parade of personal failures and a myriad of misread cues? After he was born, Christopher Harper-Mercer did indeed follow the urgings of his mother, for she boasted of her son making hay with investments—behold! a king!—and then, somehow, over time it seems, this path could no longer keep him and nor could the many forks he traveled and one day, he went to school and decided to cash in his chips. “I’m a good boy,” he may have thought. “I am moving quickly and decisively when the time is right. I have kept my options open.”

Deanne Stillman's latest book is Desert Reckoning, based on a Rolling Stone piece and winner of the Spur and LA Press Club Awards, a Southwest Book of the Year, and praised in Newsweek and elsewhere. She also wrote Twentynine Palms, an LA Times "best book of the year" which Hunter Thompson called, "A strange and brilliant story by an important American writer," and Mustang, an LA Times "best book of the year." She writes the "Letter from the West" column at the LA Review of Books, and is a member of the core faculty at the UC Riverside-Palm Desert Low Residency Creative Writing Program. 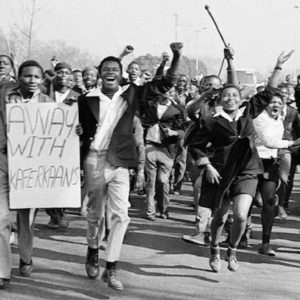 I woke up one morning a few years ago to a very long Facebook post from a high school boyfriend who still lived in South...
© LitHub
Back to top