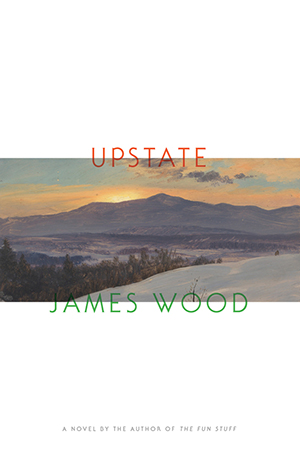 The following is from James Wood's novel, Upstate. It's been years since Alan Querry's daughter moved from England to the New York, and he still hasn't visited. In fact, none of the family has. When he hears that his daughter has fallen into a severe depression, he makes the trip, staying in upstate for six wintry days. James Wood is a staff writer and book critic for The New Yorker. In 2009, he won the National Magazine Award in criticism.

First he would have to go and see his mother. He would tell her—something about Vanessa, not everything of course. The home, six miles along a favorite road, was a formidable old place, with that gray strictness of the north he loved. But now it looked abandoned: everything was in wintry abeyance. Four years she had been living there, and he was still never sure how to announce himself. It was also ridiculously expensive, he could no longer afford it. What did she, what did he, get for the money? Two small rooms rather than one, extra space for the dark massing of a lifetime’s heavy old furniture; and maybe she got two biscuits with her tea on Fridays.

He made his way through two huffing fire doors, which bottled a weekend’s stale yeast. School food. Outside his mother’s room (“Clarendon”), he gathered himself a bit like a clown, pulling up his trousers, dusting down his coat, and entered with a light knock. The television was off, thank goodness. She was asleep in the chintz chair his father had used as the family throne, issuing directives and decrees from behind his newspaper. She was tiny, sunken, some of her teeth were out. The old music hall joke . . . Her teeth are like stars. They come out at night. But it was early afternoon. As she breathed, something seemed to catch in her throat. She’d always had a large nose, and now she seemed to be reducing around it, shrinking down to bone, the nose tenacious, final, rootlike. I have hers, so this will be mine, right enough. He knelt beside her, and whispered. She opened her eyes, and said with slight affront, “When did you get here, Alan?” as if he’d been spying on her.

“Just a second ago.”

“Fetch me my teeth—by the side of the bed, please, in the glass.” She turned away from him to insert the plate. “Now we need to call for some tea and biscuits. They’ll bring it, if you ask.” As a child, in a lower-middle-class suburb of Edinburgh, she had made herself unpopular at school by affecting an English, or maybe Anglo-Scots, pronunciation; since his dad’s death, her accent seemed to have moved up the ranks again, by another notch or two. It usually had the effect of making her sound slightly irritable.

In truth, these days she sounded like the mistress but looked more like the servant—short, bent, too modestly or shabbily dressed today.

“You don’t need to wear this shawl thing, do you?” he said, lifting it over her shoulders.

“Certainly not, I just put it on for my nap. Thank you . . . You look very tired. You know you can’t burn your candle at both ends.”

“A Roman candle, maybe?” He had just had his sixty-eighth birthday. “How are you?”

“All right, I suppose . . . but this English view isn’t my landscape, of course,” she added, gesturing at the window with splendid authority.

“Well, it’s not a bad one,” he said, looking at the line of leafless trees, and the icy hills. He was paying for that English view. “And we’ve been over this. You don’t want to live with me, you need your independence, though it would be a lot cheaper if you did move in with us.”

“It was all pretty good, or as good as can be when one’s whole life has been reduced to souvenirs of selfhood. It was a nice place. But he couldn’t afford it any longer.”

“Absolutely not. I took in your grandmother, as you perfectly well know, and it made my fifties a complete blank. All I did, day after day, was look after her. I’ll never do that to you.”

In that house, the two women had seemed to detest each other; with stealthy expertise, each made the other immovably depressed.

“But you want me to visit. And I want to visit you.” He took her hand. “You’re no good to me three hours away up in Scotland, even though you’d have your own landscape there.” He said it gently.

The tea arrived, carried by a very red teenage boy. He offered a biscuit to both of them, and then left, making sure to take the full plate with him.

“Mrs. Querry,” he said, “I’m supposed to remind you that the residents are gathering at three-thirty in the sun lounge for the winter flu vaccination. It’s, you know, the booster for them that missed it first time round. Need any help?”

The room could have been a lot worse. High ceilings with ornate moldings, Roman laurels almost; textured wallpaper with chips in it like slivered almonds—though in fact these always made him think of splinters caught under a child’s skin—all painted a pleasant cream. And parental things he had known all his life: a watercolor reproduction of Durham Cathedral, an antique mirror that you couldn’t really see yourself in (it looked valuable but he knew it wasn’t), a cushion whose faded lilac cover, bought by him at Heal’s, London, on the Tottenham Court Road, had not been replaced in thirty years at least. It was all pretty good, or as good as can be when one’s whole life has been reduced to souvenirs of selfhood. It was a nice place. But he couldn’t afford it any longer.

She looked at him with her pale blue eyes: Vanessa’s.

“This whole place is up in arms! My next-door neighbor lost her hearing aid yesterday, she put it in some tissue paper on her bedside table and the cleaner threw it out by mistake, she thought it was a bit of rubbish. And in the room that’s just two doors down the hall, Mary Binet is furious because she likes to talk French to another woman here who can understand it, she’s the only woman who can, and now Mary’s been told to stop talking French by the staff—apparently, someone else, we all assume it’s one of the residents and I have a very good idea who, has complained that they’re speaking a secret language to exclude everyone else. I’ll miss it, I couldn’t understand what they were saying, but I liked hearing the French . . . And now the manager is leaving at the end of the month, she’s only been here for six months, she’s Czech I think, a nice woman though for some reason she hates to be thought of as Polish—”

He interrupted her. “Ma, I have to go to America for a week.”

“America? Well, well. On business?” She had always enjoyed enunciating those words, so he spoke them back to her, with finality:

“Caught up in anything?”

“Oh good lord . . . courage, there! He’s far too young, and certainly not good enough for her—”

“You’ve never even met him!”

“Yes, that’s two of us, but I do have a telephone here, you know, I get reports, and I was about to say—before you interrupted me—that Vanessa isn’t getting any younger, is she?”

“Ma, I can’t keep up with you—now you’re giving him your blessing?”

“Well why shouldn’t the poor thing have a boyfriend? Maybe Josh is the one? And when they marry, you’ll blame him for taking Vanessa away . . .”

“Oh, Vanessa was already away. Well away. She did her Ph.D. there, not here, after all. That was the beginning.”

“Silly girl. It was a shame she didn’t come back at Christmas. I suppose she’d rather spend time with her beau.” There was a moment or two of old-fashioned silence: the tick of his mother’s fancy carriage clock. His gift.

“Alan love, can you help me to the sunroom? I want to get there early—while the needle is still sharp . . .”

They smiled at each other, and he helped her up and went beside her as she gripped the mouse-gray tubular walker, a marvel of engineering, as strong as a weight lifter but as light as the bones of a very old lady, with wheels on the front and two splayed yellow tennis balls stuck on the back legs. These dragged along the carpet as the aged couple, mother and son, moved slowly down the corridor.

From Upstate. Used with permission of Farrar, Straus and Giroux. Copyright © 2018 by James Wood.

The Photographer Who Recorded Assad's Torture 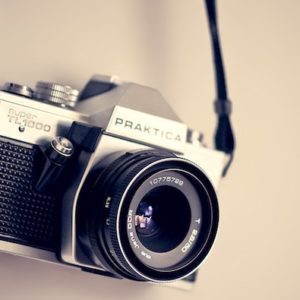 The Photographer Who Recorded Assad's Torture Caesar “I am Caesar. I used to work for the Syrian regime. I was a photographer with the military police in Damascus....
© LitHub
Back to top