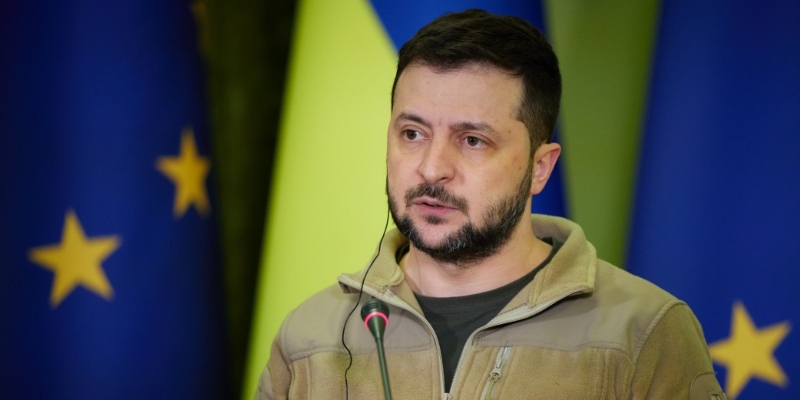 I can’t recall a wartime leader ever addressing an international book fair while his country is under attack but, hey, it’s already been a hell of a decade, so why not? This coming Thursday, Ukrainian President Volodymyr Zelenskyy will make video remarks to the Frankfurt Book Fair, which is featuring a number of literary luminaries from Ukraine, including “punk poet” Serhiy Zhadan (who you can read here).

In light of Russia’s invasion of Ukraine, the Frankfurt organizers have refused to allow any kind of Russian-sponsored national booth at the fair. According to director Juergen Boos,

Frankfurt has maintained close ties to the Ukrainian book industry for many years. We therefore want to offer direct support to our Ukrainian colleagues now as they withstand the Russian attack.

The fair will also be featuring dissenting Russian writers and activists, including

Leonid Volkov, a leading ally of jailed Kremlin critic Alexei Navalny, and Irina Scherbakova, an activist from prominent rights group Memorial, will discuss the state of Russia’s opposition. Popular Russian science fiction writer Dmitry Glukhovsky—recently labelled a “foreign agent” by Moscow and put on a wanted list after denouncing the war in Ukraine—will also be appearing.