From His Latest Collection Heaven is All Goodbyes 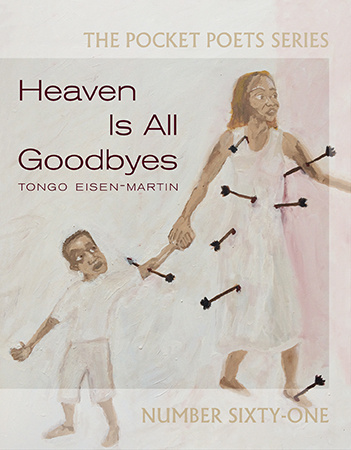 The following poems are from Tongo Eisen-Martin's collection of poetry, Heaven Is All Goodbyes, from City Lights. Originally from San Francisco, Tongo Eisen-Martin is a movement worker and educator who has organized against mass incarceration and extra-judicial killing of Black people throughout the United States. His latest curriculum on extrajudicial killing of Black people, We Charge Genocide Again, has been used as an educational and organizing tool throughout the country. His book of poems, Someone's Dead Already was nominated for a California Book Award.

A tour guide through your robbery
He also is

Cigarette saying, “look what I did about your silence.”

Ransom water and box spring gold
–This decade is only for accent grooming, I guess

All these tongues rummage junk

“you telling me there’s a rag in the sky?”
-waiting for you. yes-

We should have fit in. warehouse jobs are for communists. But now more corridor and hallway have walked into our lives. Now the whistling is less playful and the barbed wire is overcrowded too.

When a courtyard talks on behalf of military issue,
all walks take place outside of the body.

Dear life to your left
A medieval painting to your right

None of this makes an impression

When a mask breaks in half,
mind which way the eyes go.

We’re watching Gary, Indiana fight itself into the sky

Old pennies for wind. For that wind feeling you get before the hood goes up and over your headache. Pennies that stick together (mocking all aspirations). Stuck together pennies was the first newspaper I ever read. Along with the storefront dwelling army that always lets us down.

Where the holy spirit favors the backroom. Souls in a situation that offer one hundred ways to remain a loser. Souls watching the clock hoping that eyes don’t lie to sad people.

“You just going to pin the 90s on me?”
-all thirty years of them-
“Then why should I know the difference between sleep and satire?”

somewhere on this planet, it is august 7th

and we’re running down the rust thinking, “one more needs to come with me”

What
evaporated on earth,
so that we could be
sent back down?

Here comes the tap water whistling passed our heads
Institution tile under brake pedals
Matching the white watches
Painted on palms for smash and grab recollections
people who are related by ballad:
hotplate failures fishing for proletarians
the matchstick that is a draft card
(by the time the loner finishes sweeping the train)
also related by ballad:
under-paved streets hanging like strips of film in thin air

I miss the carpentry more than the religion

–life mimed behind my back

they say, the child would do better upside down:

twenty-eight hours later, a headrest will do

“God wants you here with that crowbar in your hand… all of the world is a third floor.”

seasons invent themselves
but we invent the underground

he decided not to kill me like giving loose change
don’t teeter now, tall man
I was nobody at point blank
nobody finally again

a love
then
a rule
then
a hate

“Lean back and be celebrated by small people,” he said. The clothes on my life teacher needed new patches. “Sit back and disrespect it all”

“I’ve given up on counterrevolution,” I said
“Well then here is your weapon, Little Bank”

—That’s our father you are writing graffiti on—

“knowing what you know now
would you still have written fortunes
on the bottom of church shoes
and put them back on the rack?”

“How does everyone think that a rich guy is their twin?”
-along with other tantrums is my cue

fortune teller half sleeps while talking about a mayor treading all over the posters in my childhood room and how cold calculation mothers nothing
and a vision of chess pieces in chains…….

From Heaven is All Goodbyes. Copyright © 2017 by Tongo Eisen-Martin. Used with permission of City Lights Books 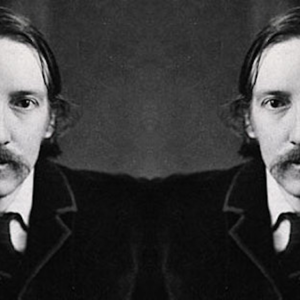 Lit Hub Daily: November 13, 2017 We can’t help it if we’re from Florida: Lidia Yuknavitch on what is now becoming the most literarily considered...
© LitHub
Back to top
Loading Comments...