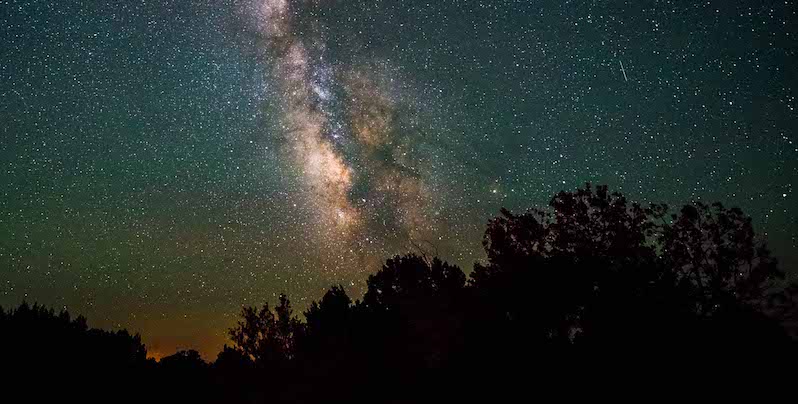 But how choose the appropriate sticking point to start at?
Who wants to write a poem without the letter e,
Especially for Thee, where the flourished vowel lends such panache to your
carnet de bal
(OK, peons: pizzazz to your dance card)? The alphabet’s such a horn
Of plenty, why cork up its treasure? It hurts to think of “you” reduced to u
In stingy text messages, as if ideally expression should be limited to formulas like x ≠ y,

Where the respectable truth of tautology leaves ambiguous beauty standing by
Waiting to take off her clothes, if, that is, her percentage of body fat
Permits it (a statement implicitly unfair, as if beauty, to remain sublime, had to
keep up
Lineaments already shaped by uninhibited divinity); implying, as well, fixated
onlookers, i.e.
Men and women kidding themselves that full-front-and-back nudity is the
north
Star of delight rather than imagined nakedness, shudderingly draped like a
fully rigged, fully laden ship without a drop to bail,

Its hidden cargoes guessed at—perhaps Samian wine (mad-making!)—or fresh
basil
Gently crushed by its own slight weight, reviving memories of delights once
stumbled on as a boy,
Delights often wreathed with necessary pain, like the stout unforgiving thorns
That tear shirt and skin as we stretch for ripe blackberries, to be gulped down
fast,
Sweeter than butter and marmalade, quenching our thirst better than sucked
ice,
Making us almost drunk as we shriek with false contempt at each benighted
ump

Who decides against our teams. What happened to those blissful fruits,
honeydew, purple plum,
White raspberry, for stealing which from Mrs. Grossman’s stand I invented
ingenious alibis
That she never believed (insulting, or what?)? Where are childhood’s innocent
sweetnesses, like home-made rice
Pudding and mince pie? Or the delicious resistances of various foods—bony
Lobsters, chops with their succulent tiny interstices, corn sticking to the cob,
or the grilled feast
Of brook trout I caught without too much fuss after kicking a resentful
hornets’


canters nobly
Into next year, my eighty-fifth. I hasten to add that “this coyness, lady, were no
crime”

If I didn’t, in spite of all, feel so grateful to you. All manner of mercis
Fill my throat, along with immortal memories, of which I must acknowledge
the thorniest
To be your disappearance, whether you tanked in river water or were scorched
by Zeus’s proximity (or some such baloney);
But your firm breasts, taut nipples, and bent thighs? No thorns. All you wanted
was a loosened peplum
So I still bear your plume, and your name will not die: not to be written here or
read, but my voice shall sibilate
It so shrilly that unseeded babies hear me, and every hidden woodworm wake
from its dream to fall forever from the rafters.

Dear, if you change, I’ll never think of earth
And its animals dwelling in ignorance of heaven,
Warm and wise without the comforts of fire,
Nested in the ground, or in water, or air,
Certain of their ways by the day and night stars,
With no use for knowledge, or need for faith:

To see them, it is my eyes that need your faith.
Dawn as usual wrings the shadows from the earth
But my day stays crowded with tiny stars
Like spangled dust rising from collapsed heaven,
My panic stirs them up so that they blacken the air
As if my sight and mind were charred by their fire.

Inside me burns that second unnatural fire.
Between the two, what existence can I claim, what faith
That I am more than a machine to breathe air,
To preserve a suffering form of inanimate earth?
Others felt this way: they invented heaven.
I look up at distant, dominant stars:

My desire is firm, it has come down from the stars
Scattered around the sky in a single multiple fire,
Exemplary, not of some impossible heaven,
But of our everyday, there-for-the-asking faith,
One being and one love dispersed over the earth
In repetitions as sure as theirs in the air.

Without you, my thinking spins in thin air,
Evening never warms its gradual stars,
Choosing another is choosing a bed of earth,
All love is decreed hallucinatory fire.
But air and evening fill up with love from your faith,
Which I could no more break than I could fly to heaven,

Except that once I did: it was under a heaven
Of night and eyes, our breaths made one air,
Our eyes were struck open in pleasures of faith,
There was nothing to be seen but stars,


Only one night, and never to see dawn’s fire
Was all I wanted as we grappled on grass and earth.

You make earth earth: who needs heaven?
You give a heat to fire, you give a brightness to air
Of that night’s stars, of that broadcast faith. 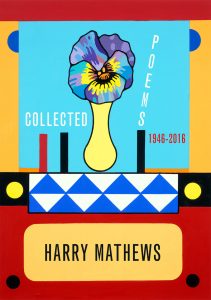 Harry Mathews was born in 1930 in New York City and studied musical composition at Princeton and Harvard. He lived for many years in France, where he co-founded the influential journal Locus Solus with John Ashbery, Kenneth Koch, and James Schuyler in 1961; joined the Oulipo in 1972; and served as Paris editor of The Paris Review from 1989-2003. Mathews was honored by the French government as an Officer of the Order of Arts and Letters and earned awards from the American Academy of Arts and Letters and the National Endowment for the Arts. He died in 2017 in Key West, Florida, where he had vacationed as a boy, and where he had lived since 1991. 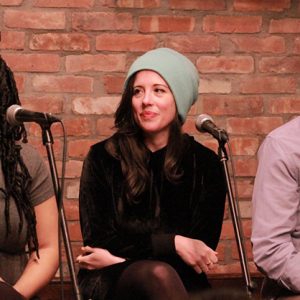