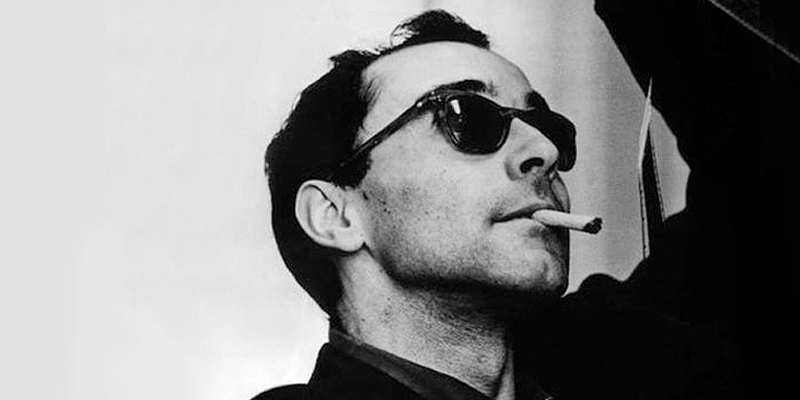 Towards an Obituary of a Cinematic Giant

It feels nearly impossible to effectively eulogize Jean-Luc Godard, the giant of French cinema whose films and writings helped establish the 1960s movement known as the French New Wave and changed the course of cinema forever—and who, after doing that, continued toying with form, style, text, and technology in countless film projects for the remainder of his life. He died on September 13th, 2022, at the age of 91.

I think it’s fair to say that Lit Hub is extremely indebted to Godard. This goes for any institution which is enthusiastically preoccupied with stories that explore and experiment with narrative, form, timelines, and genre—as well as stories that interrogate the cultural hallmarks and innovations of 20th-century storytelling and their effects on daily human existence.

For those of us at CrimeReads, Godard’s influence and inspiration is manifold—among many other things, he explored the relationship between crime and desire (among other impulses), often foregrounding the ways that contemporary media fuels and shapes people’s inclinations and behavior. Many of his characters from his first creative period are doomed young people dissatisfied with regular life.

They are Romantics, often petit-criminals—often impulsive and often on the run from the potential meaninglessness and futility of their lives. In Breathless, his debut film, a small-time criminal makes a split-second decision that slowly ruins his life, afterwards absconding to Paris and spending a day with the American journalism student he loves before consequences catch up to him. In 2000, in an article revisiting the film on its 40th anniversary, Phillip Lopate noted its most exemplary feature: “Godard’s ability to infuse an improvisatory manner with an underlying mood of grave inevitability.”

Godard’s legacy is, like his films, a dizzying collage of pastiche and originality, of incomprehensibility and clarity, of innovations and degenerations.

CrimeRead’s editor-in-chief Dwyer Murphy’s favorite Godard film (I am pretty sure) is Band of Outsiders; a gif from the film’s famous dancing scene was included in the tweet that launched our site four-and-a-half years ago. In that film, two Hollywood-B-movie-loving robbers convince an upright university student to form a gang and commit a robbery. My own favorite Godard film might be Alphaville, about an American secret agent named Lemmy Caution (a popular French character up to that point) who conducts a noir-style investigation in a city located in outer space.

Many of our readers, I assume, would enjoy Made in U.S.A., a colorful and loose adaptation of Donald E. Westlake’s novel The Juggler, about a writer who tries to track down a lover before getting swept up in… something that involves imprisonment and interrogation and gangsters. Most of his films shuffle in noir or crime tropes alongside the quotidian, revealing the ways we are haunted by the fictions we gravitate to, the heroes we choose, the movies we watch.

Godard’s films are moved by feelings—they jolt along, lunging into new scenes, moods, eras, angles, genres, perspectives—and don’t necessarily prioritize narrative coherence ahead of emotional complexity. Godard is famous for saying, “A film consists of a beginning, a middle and an end, though not necessarily in that order.”

Godard’s own thematic interests are so intermingled throughout his long career that it can be difficult to pick out distinct periods within it, but in 2020, an exhibition at the Cinémathèque française endeavored to organize Godard’s oeuvre into six rough periods: “New Wave (1954–1965), Sociological Fables (1965–1966), Revolutionary Works (1967–1972), Video Experimentation (1975–1978), Dialogue Between the Arts (1979–1992), and Historical Meditations (1993–2019).” Always interested in characters on the fringes, his interests in crime and human behavior led him to a period of very productive, radical cinematic engagements with contemporary atrocities. CrimeReads editor Molly Odintz’s favorite film is his Le Petit Soldat, his profound anti-war film that was so provocative with its torture scenes it wound up banned in France. She told me, “It’s Godard before he went way into his own head and was still thinking of addressing real political situations in real time.” It is about two people who fall in love, on opposite sides of the Algerian War.

It is his vanguard arrival in film history, with the bold and brash Breathless, that reshaped an entire culture of filmmaking.

As time went on, Godard did grow increasingly caught up in his own frustrations with cinema on the whole. He grew increasingly contemptuous of mainstream Hollywood cinema, continuing to make projects that criticized highly commercial projects. By 2001, his ire for Hollywood came to a head with the release of In Praise of Love, an anti-Spielberg movie partially about Spielberg’s people attempting to buy the rights to the memories of Jewish French resistance fighters to make a movie about them. (His hatred for Spielberg’s “[reconstruction] of Auschwitz” in Schindler’s List is complicated, though, since Godard had been accused of antisemitism throughout his career, and never denied that this was his position.)

He got into bitter fights with other directors, including his onetime friend and New Wave collaborator François Truffaut, whom he stopped speaking to in 1973. They never made amends. He had become known for his tetchiness and his unpleasantness almost as much as his creativity. It is always odd when an artist remembered most for a rebellious youth becomes an intolerant elder.

Godard’s legacy is, like his films, a dizzying collage of pastiche and originality, of incomprehensibility and clarity, of innovations and degenerations. But it is his vanguard arrival in film history, with the bold and brash Breathless, that reshaped an entire culture of filmmaking. Today I can’t help thinking of a memorable moment in that very film, when Jean Seberg’s young journalism student Patricia asks a subject “What is your greatest ambition in life?” and the man answers, “To become immortal… and then die.”

Celeste Ng: What Place Does Art Have in the Fight Against Fascism? 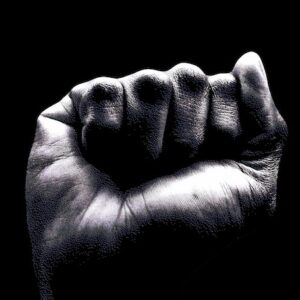 Before I ever read W. E. B. Du Bois, I learned about double consciousness from my mother, who seemed capable of loving and criticizing...
© LitHub
Back to top