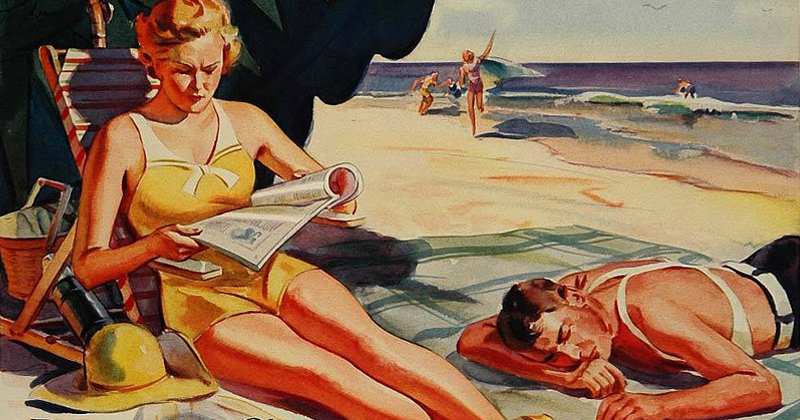 Turns out men give up on books they don’t like way more easily than women do.

According to a recent study of ebook usage in the UK, conducted by the Audience Agency, men are likely to give up reading a book before page 50, while women more often make it to page 100 (at least). That said, almost nobody gets to the end of their books at all—according to the data, “only 5 percent of ebooks are finished by more than 75 percent of readers.” They found that the majority of books were finished by 25-50 percent of readers.

And don’t blame television. “Netflix binge-watchers aren’t necessarily less likely to finish reading a book,” wrote Sophia Woodley and Oliver Mantell, the authors of the report. “If they are genre fans on Netflix and are reading a genre book, there is in fact a positive correlation.”

Other notable takeaways from the study include the fact that people are more likely to read literary fiction on the weekend and that people from 18-24 are “the most avid readers of poetry in the population,” because “almost one in five” of them have read a single poem in the last year. Yikes.