Translating the Secret Language of War

Matthew J. Hefti: Toward an Understanding Between Civilians and Veterans

Soon after I had left for boot camp is when the language barrier between me and my family went up brick by colloquial brick. I come from a wonderful, nuclear family of eight. We grew up in Wisconsin, in the place where we say “ya know” when it’s most likely that the other person in the conversation does not know. We say gonna, borin, annoyin, and that. We say, “And that.” My dad is a preacher in a small town. That means the lot of us also grew up fluent in both the liturgical language of the church and the curious dialect of fishbowls and glass houses. Like any family, our language was uniquely our own. But after I stepped off the bus to boot camp and stepped onto the hot, sticky asphalt in front of my new barracks, the re-education began.

The drill instructors in the round hats began yelling at me in this new language before I could even get my sideburns shaved off. “Fall in,” they barked. Fall into what? As if I had a clue. So then came the profanities and name calling and more orders. Every noun required an adjective, but the drill instructors only knew one, and it began with an F. “That’s it, you [adjective] punk. Get in the front leaning rest.” The what? By that time, I could have used some rest; it was nearly three in the morning.

We no longer ate breakfast, lunch, or dinner; we only ate chow. We did not walk; we marched. We did not sleep; we racked out. We did not put things away; we put them up, even if we were putting them down. We did not get yelled at; we got jacked up.

Like exchange students immersed in a culture of people speaking a foreign tongue, we had no choice but to adapt. It happened more quickly than I would have expected. It was no time at all until we were fluent, until we forgot any other way to speak. By the time I graduated from explosive ordnance disposal school, I only spoke in letters. Everything had a nomenclature, even the school itself. It was not Naval School Explosive Ordnance Disposal. It was NAVSCOLEOD, where we trained to be EOD techs, who took apart IEDs one day, performed RSPs the next, and attempted a BIP whenever possible.

And apart from the efficiency, the letters were important. Nomenclature was important. A single difference in a few letters of a model designation could be the difference between kissing your sweetie later that night and kissing your own ass goodbye. There were the BLUs, the BDUs, the RPGs, and the PMNs. The three-letter acronym even has its own designation as the TLA. The lists of letters went on for days, and we thought nothing of it.

Upon returning, I had stories to tell. Many of us do. The fathers and mothers and sisters and brothers and wives and friends all need to hear what went on—what goes on. They need to understand. If our country is going to collectively send its sons and daughters off to fight and die, if the surviving sons and daughters are ever to return to the society that sent them and heal and once again become part of a community, they must hear and they must understand.

After I finished the first draft of my novel, A Hard and Heavy Thing, I sent it off to another veteran-turned-writer for feedback, my friend Brian Castner. Apart from the substantive feedback, we argued the minutiae of words and phrases. Did we say “attack the network” in 2005? Was it my first tour in Iraq that we were calling the insurgents AIF—that is, anti-Iraqi forces—or was that a different one? IED is part of the household vernacular now after a decade of roadside bombs, right? What about VBIED? Or should I just say car bomb? What if I add the S at the front for suicide? Should I write it as HMMWV, which stands for High Mobility Multipurpose Wheeled Vehicle (I sure hope a wheeled vehicle is highly mobile), or should I just write it how it sounds, i.e., Humvee?

The goal—of course—was to be understood. Stories should—to a certain extent—be welcoming even if they are challenging. Readers should not be alienated, nor should they be pulled from the fictional or narrative dream every two paragraphs to look up an unfamiliar acronym that can’t be deciphered solely through context. So in writing our books, though we may not have succeeded in every instance, we cared about getting it right. We cared about connecting and being understood. Because even though we knew those small details did not contain the substance of what we tried to convey, they served as the building blocks—the foundation of the language we spoke and the experiences we shared.

People speak of a military and civilian divide—the cultural barrier between us. I believe there is a very real cultural divide between the 99 percent who do not serve and “the other 1 percent,” but perhaps that divide originates in the language barrier between the two societies. Many civilians cannot comprehend what it means to have so many of your best friends turn from names into letters. Keith, Dan, or Dave now WIA. Dan, Liz, Tim, or Bryan now KIA.

Those who wear the uniform speak the same language. I have two brothers who joined the military after I did. Years ago, on the rare occasions when we were all together back home on a Christmas exodus or block leave, we’d chatter back and forth—the three of us in our own little club, speaking our own little Pig Latin in the kitchen over straight bourbon on the rocks while the other five members of the family were left somewhat on the outside, eyebrows raised and brains churning in a curious attempt to make sense of the acronyms.

How can a father possibly understand what his sons have been through when every question is answered as if they were reciting the alphabet? How can a son get through telling a horror story of combat trauma to his spouse, mother, or sister when every sentence is interrupted with questions? Wait, what’s a PRC-148? Hold on, what’s a BFT again? You called whom? QRF? What’s that?

But to come full circle, this past holiday season when I was with all my brothers again, I realized that—as with any language—if you don’t use it, you lose it. Despite the fact that we all grew up speaking with the same nasally accent, the same misuse of “on accident” versus “by accident,” the same dropping of our g’s at the end of words, our own home has turned into a modern-day Babel. We spread out across the world and we all speak different languages now, so too are the underlying lenses through which we see.

Now I wear a beard, clothes that look different every day, my hair (or lack thereof) in any way I please. I can, after all, because I’m a civilian. I’m in law school working for the both the Wisconsin Innocence Project and the Criminal Appeals Project. I’m learning all new languages now—the mechanical and scripted language of the courtroom; the too-often overlooked language of wrongful convictions, false confessions, junk science, and prosecutorial misconduct; the language of the streets and indigent defendants; the language of class warfare and systemic injustice; the language of people without hope, prospects, or opportunities. The language of war seems like mere ephemera, the random letters not significant enough for memory.

My next younger brother works as a hot-shot executive at some large international bank. He speaks in the language of Wall Street, of unfettered capitalism, capital gains, dividends, market trends, dollars and cents, and he has a vision of the world I’ll never have. My next younger brother is on the west coast as a project manager. He’s carrying out enormous government contracts in the construction world, speaking of primes, subs, performance days, flow down clauses, and who knows what else. My youngest brother is a fantastic salesman, continually moving up the ranks at a giant food distributor company. He can talk to anyone at all, because everyone understands humor and flattery. My dad’s language, to his credit, is still flavored with salt, and he speaks of a kingdom not of this world.

Military life has not changed one iota since I shed my camo a mere 18 months ago. It is the same bureaucracy, the same frustration of purpose by politics, the same farcical blend of noble intentions with disastrous results, but the difference in the language is already astounding. My older brother, now the only one of us remaining in uniform, is indecipherable even to me.

My dad and all five of us boys stood around in the kitchen on some night between Christmas and New Year’s, trying to solve all the world’s problems with tumblers and tall boys. As always, no one opened the fridge without asking, “What would you like?” We talked extensively of both politics and religion—because we all like to live dangerously. We bickered like families do. Eventually everyone but my older brother and I went to bed, nothing solved and the world still broken.

I can no longer speak in shorthand with my brother like I once could. I can no longer economize with code. We still share common terms: ECP, EFP, BFT, IED, SAF. But at the same time, my older brother told me that if I said QRF, joes would respond that QRF is a COIN term, and that within DA, now we’d call it reserve, so we may not even be talking about DA, but we could be talking about CAM or WAS.

I had no idea what he was talking about.

While racing to refill his glass, I asked my brother to explain the new TLAs, elaborate on the doctrinal shorthand, describe the end-state goals. So not just in opening the fridge, but in trying to understand him and his goals—the goals of the military for whose actions I’m still responsible in this form of government we call a democratic republic—I asked that all too familiar question: “What would you like?” I don’t know that we broke any new ground that night, my brother and I, but I firmly believe that we are all more understanding, more united, and more likely to succeed when we all ask that same question and take the time to listen to the answers.

It’s far easier said than done. Our world is both more expansive and yet more insular and specialized every day, each of us becoming members of micro-factions, desiring communication only with those who already speak our language. But nothing is more successful in bringing us together, in helping us to bridge divides than thoughtful questions and patient answers. But I can’t help but believe that in asking questions and—more importantly—in listening to the answers, the dichotomous camps in which we live will tend to grow a little more integrated and a little less insular.

A GLOSSARY OF TLAs (three-letter acronyms)

Matthew J. Hefti is the author of A Hard and Heavy Thing (Tyrus / F+W). He deployed to Iraq and Afghanistan a total of four times as an explosive ordnance disposal (EOD) technician. While enlisted, he earned a BA in English and an MFA in Fiction. He is now pursuing his JD at the University of Wisconsin Law School, where he works for the Wisconsin Innocence Project. 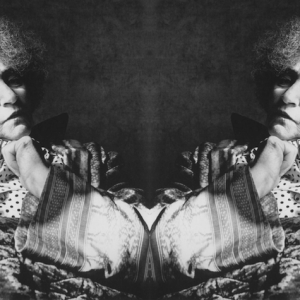 An interview with a 32-year-old Nora Ephron: “I don't have writer's block, really.” | Literary Hub Garth Greenwell talks...
© LitHub
Back to top