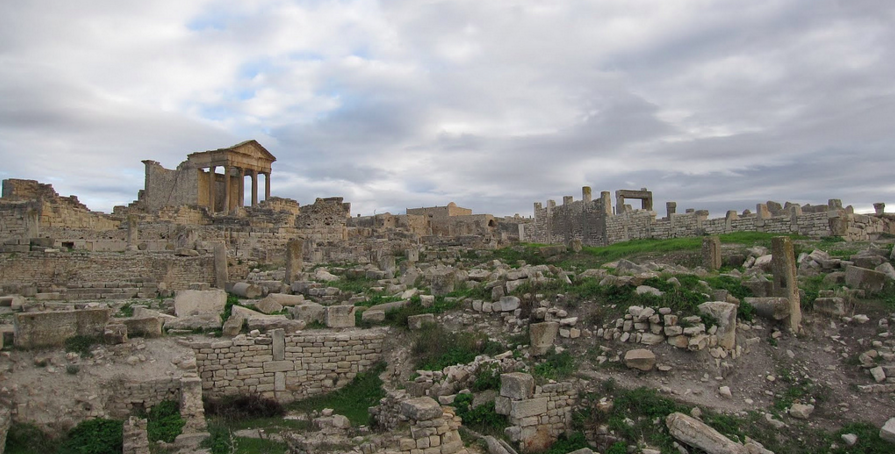 Translating a Book in Order to Save It

On the Rebirth of Alessandro Spina's 1,300-Page Epic

The line between the author and the translator can blur to the point that they become indissolubly associated. Marcel Proust and C.K. Scott Moncrieff, Gabriel García Márquez and Gregory Rabassa, Louis-Ferdinand Céline and Ralph Manheim, Fernanda Pivano and the Beat poets, Georges Perec and David Bellos, Michael Hofmann and Joseph Roth. Google one or the other, and their names instantly appear side by side. Many authors will often wait for the right translator, as García Márquez famously did with Rabassa, yet the translators themselves, even when they have produced masterpieces that stand in their own right, will receive few rewards aside from their long-delayed checks. In fact, they can sometimes be criticized for making the original work “better” in the target language, an accusation J.M. Coetzee leveled at Michael Hofmann, who, in his spirited reply to Coetzee’s review in the pages of the New York Review of Books, wrote: “Brot is not bread. Words are not like numbers, they are unstable and porous. A ‘word-for-word translation’ is a rotten proposition.” Still, whichever theories one adopts when it comes to translation, surely making it better is superior to making it worse.

Perhaps the aforementioned names jump so easily to mind because I’ve always been drawn to translators who not only forge a bond with their authors, and work on at least two or three of their books, but who also commune with said author’s culture and background. Frank Wynne, perhaps better known for his work on Michel Houellebecq and Frédéric Beigbeder, also translated two of my favorite West African novels: Ahmadou Kourouma’s En attendant le vote des bêtes sauvages (Waiting for the Wild Beasts to Vote) and Allah n’est pas obligé (Allah is Not Obliged). For the latter, Wynne acquired recordings of child-soldiers who had fought in the Liberian Civil War in order to find the right tone to employ for the 12-year-old narrator. As such, I’ve always assumed that any translator worth their salt aspired to similar bonds, and would thus likely spend their lives trying to find an author they adored to the point where they could no longer imagine themselves not working on their books. For a long time, I thought such a bond would elude my grasp.

Growing up in the United Arab Emirates, the only novel I ever chanced across which I believed truly examined—and excoriated—the ludicrousness of the petrocracies that had mushroomed out of the Arabian Sands in the 1920s and 30s was Abdel Rahman Munif’s Cities of Salt, a quintet of novels that sought to paint a portrait of how a little oasis in the middle of nowhere rose to become a powerful kingdom off the back of its gargantuan oil revenues, but then ultimately failed to successfully harness this new-found fortune for the benefit of its citizens. The fictional oasis, Wadi al-Uyoun, was a metaphor for Saudi Arabia, Munif’s native country, and Cities of Salt caused such a furore there that Munif’s books were banned and he was stripped of his citizenship. His crime? Daring to illustrate a simple hypothesis, that “oil is our one and only chance to build a future, and the regimes are ruining it,” as Munif told his translator Peter Theroux over lunch in Damascus in 1989. Although I could read Arabic more fluently then than now, the originals were banned in the Emirates at the time, and since the censors kept a tight grip on which titles bookshops could import, I could read Cities of Salt in its English translation in Abu Dhabi’s single public library. The first page bore the stamp BANNED in big, blood-red letters. At least the censors were consistent across languages.

For a while I toyed with the idea of translating Cities of Salt again, but decided my Arabic wasn’t good enough, and I quickly gave up the idea that I’d ever chance across a work of a similar magnitude that appealed to my sensibilities like Munif’s work had. I was wrong. Two years ago, a long night of research on a completely different topic led me to a name I’d never heard of before: Alessandro Spina, the pseudonym used by the Italo-Libyan writer Basili Khuzam. Khuzam had published widely over the course of 50 years, but all his books had gone out of print and now changed hands for hundreds of dollars each. However, a small publishing house outside of Brescia in Northern Italy had re-published Spina’s slim novels, collecting them in a 1,300 page omnibus edition entitled I confini dell’ombra/The Confines of the Shadow. When issued in 2006, the book was awarded the Bagutta Prize, Italy’s highest literary laurel. Overnight, and despite the odds, The Confines of the Shadow had become a part of literary history.

I was in between projects at the time and I took the next couple of months off and sat down with the book. It didn’t take me long to be hooked, in fact it happened when I read the incredibly—and deceptively—short preamble to Khuzam’s mammoth work:

This sequence of novels and short stories takes as its subject the Italian experience in Cyrenaica. The Young Maronite discusses the 1911 war prompted by Giolitti, Omar’s Wedding narrates the ensuing truce and the attempt by the two peoples to strike a compromise before the rise of Fascism. The Nocturnal Visitor chronicles the end of the 20-year Libyan resistance; Officers’ Tales focuses on the triumph of colonialism—albeit this having been achieved when the end of Italian hegemony already loomed in sight and the Second World War appeared inevitable—and The Psychological Comedy, which ends with Italy’s retreat from Libya and the fleeing of settlers. Entry Into Babylon concentrates on Libyan independence in 1951, Cairo Nights illustrates the early years of the Senussi Monarchy and the looming spectre of Pan-Arab nationalism, while The Shore of the Lesser Life examines the profound social and political changes that occurred when large oil and gas deposits were discovered in the mid 1960s. Each text can be read independently or as part of the sequence. Either mode of reading will produce different—but equally legitimate—impressions.

Never have a couple of hundred words betrayed such sheer ambition. Khuzam kept true to his preamble, and over the course of reading and re-reading those 1,300 pages, I realized that he’d not only accomplished exactly what he’d set out to do, but also ultimately created the repository of a world which had long since died, opening a window onto Libyan history from 1911, when modernity stormed the Libyan coasts in all its brutality—Libya was the first country in history to suffer an aerial bombardment—all the way to the 1960s, when its oil deposits were exploited and the ground was laid for Muammar Gaddafi’s coup. In order to better guide his readers, Khuzam split the 11 novels and short story collections of his epic into three distinct periods: The Colonial Conquest (1912-1927), The Colonial Era (1927-1947) and Independence (1947-1964).

Khuzam’s stories and novels are lush tapestries of history, fiction and autobiography featuring a cosmopolitan array of characters: Italian officers, Senussi rebels, Ottoman bureaucrats, chirpy grande dames, Maltese fishermen, aristocrats, servants and slaves. Against all odds, Spina also managed to describe each caste and culture with the same finesse, empathy and intimacy. Indeed, as one reviewer of Volume 1 of the English translation pointed out: “Spina can be counted among a small group of expatriate writers who are hard to classify: Home is a place they have made for themselves at the intersection of East and West. One thinks of Paul Bowles in Morocco, or of Albert Cossery.”

Unfortunately, I never got to meet Khuzam. I had drafted a letter expressing my admiration and intent to translate him, and had even started looking at flights, but he died in July 2013, just a week after I signed a contract with Darf Books in London to translate the entirety of The Confines of the Shadow. At first I thought this would seriously compromise the project. After all, unlike the French or the British, the Italians have never even begun to grapple with the horrors of their colonial legacy—and it is a horrible one considering they once lorded over Libya, Eritrea and Somalia—thus, almost nothing had been written about Spina and the Italian public in general seemed to have no stomach for anything related to their former fiefs. However, thanks to a few clues scattered amidst his books and diaries, I was able to piece together several facts about his life.

Born in 1927, to a Syrian Maronite family in Benghazi who had made their fortune in the textile trade, Khuzam had been educated in the finest schools and was fluent in four languages. When World War II broke out, his father dispatched the teenage Khuzam to Milan, where he would spend the next ten years, until his father recalled him to Benghazi to manage the family factory. Khuzam spent the next 20 years devoting his evenings to writing, but was eventually forced to leave Libya in 1979, when Gaddafi began seizing all “foreign-owned assets,” although it was quite likely that Khuzam’s family was targeted due to their faith. After a brief sojourn in Paris, Khuzam bought himself a 17th-century villa not far from Milan and led a fairly secluded life there until his death a couple of years ago.

Aside from appearing in English, The Confines of the Shadow is also being translated into French and there are plans for an Arabic edition. Translation improves a book’s chances of survival. In a way, it must. What one culture proves indifferent to, might find a better reception in another. After all, Khuzam and Spina didn’t fare well in Italian. Half way through his diary, I came across an entry he’d made in the early 1980s, when he ran into a friend at the opening of an opera in Milan. Introducing him to his wife, the poet jokingly said: “Darling, this is Alessandro Spina, who is trying to make Italians feel guilty about their colonial crimes, all to no avail of course.” 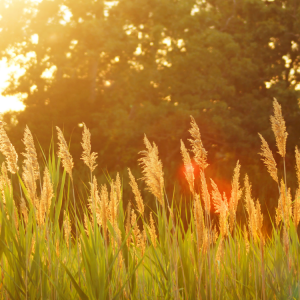 Literary Hub is counting down the days until the seventh-annual Irish Arts Center PoetryFest begins by publishing a poem,...
© LitHub
Back to top