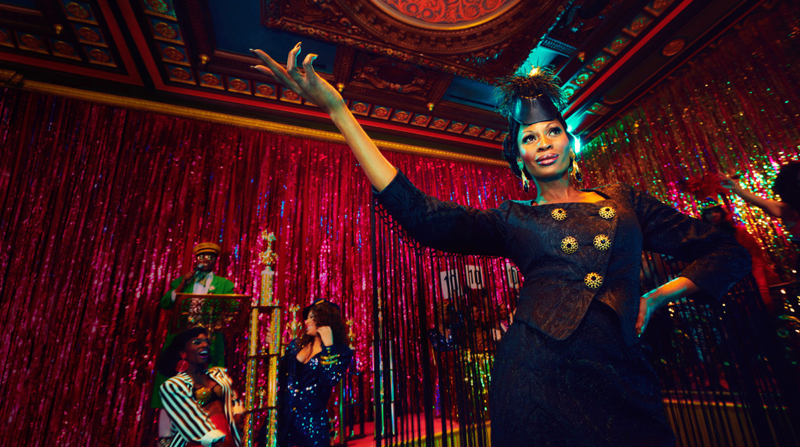 How Pose is Reinventing the Very Special Episode

It’s increasingly difficult for any television show to get noticed. The skyrocketing production of new series by streaming services, studios, and tech companies means that viewers’ attention is ever-more divided, and any given show has to struggle to stand out in a crowded field. Hence bombastic cable dramas like HBO’s Westworld—a show about whether it’s ethically acceptable to fuck robots or do puzzles on the internet, AMC’s Dietland—a body acceptance show about terrorists, and FX’s Legion—a superhero show that loudly and stylishly insists that its writers have read a book. Pose is almost painfully quiet by comparison (which is especially surprising considering it’s produced by Ryan Murphy, the man behind notoriously tranquil shows like Glee and Nip/Tuck).

Pose follows the members of the House of Evangelista, a queer chosen family whose lives revolve around competing in vogue balls, as they navigate New York in 1987. The house is run by mother Blanca—who has split from her own former mother, the pampered, caustic Elektra of the House of Abundance—and her children include the Pennsylvania transplant and aspiring dancer Damon, former Abundance member and sex worker Angel, and smooth-talking drug dealer Lil Papi. The ball world’s flamboyant, witty MC Pray Tell rounds out the family as a sort of fabulous uncle. There are lots of things that make

Pose unusual for glossy television—several of the main characters are trans, a few are HIV-positive, and almost all are black and latinx. But from another angle, Pose’s storytelling is almost comically conventional, frequently resembling a hyper-normal prime time sitcom.

The House of Evangelista may be a chosen family of outsiders ejected from the ordinary American nuclear family, but they’re still a family on TV in the 1980s. Several of Pose’s plotlines consciously feel like afterschool specials from the period in which it is set, distorted through the lens of the Evangelistas’ particular needs: Damon meets a boy at a ball and wants to figure out how to take it slow with him; Blanca partially reconciles with her estranged family after her mother’s death; she catches Papi selling drugs and kicks him out of the house and onto the street, where he learns about the dangers of a life of crime; the boys all go to the clinic together to get tested. Despite the relatively radical nature of the content, the setup and structure of each story feels safe and familiar.

But is formulaic storytelling what Pose should be giving its audience? As one of a number of LGBTQ-focused movies and TV to premiere in the last couple of years, Pose is in the middle of a slowly percolating conversation about what queer art can—or should—look like going forward. Put another way, what kind of queer art should people be making, watching, and promoting in an era when Goldman Sachs and the NYPD confidently sponsor Pride floats? Writing for Vulture, Alex Jung criticized many recent studio films focused on LGBTQ characters for being “meek,” in contrast to the “bold, sexy, dangerous, and depraved” queer cinema that flourished throughout the 1980s and ’90s. Pose is absolutely sexy, and it might be bold, but dangerous and depraved it is not. Still, I would argue that

Pose’s conventionality is a feature, rather than a bug.

“The House of Evangelista may be a chosen family of outsiders ejected from the ordinary American nuclear family, but they’re still a family on TV in the 1980s.”

The family drama plots may be hoary, but their resolutions serve to highlight the unique limitations constraining each character’s life, and the different emotional and affective tools to which they have access. (For example: Rather than breaking up with Ricky over his player ways or giving in too quickly only to contract an STI, Damon asks Ricky to join the house. This gives them more time to get to know each other, and to develop a relationship in a calmer and more stable setting.) On this show, the people who come across as out of place and hollow—to the audience, at least—are the traditional stars of the 1980s family drama: the white and middle-class.

Elektra’s boyfriend, played by Christopher Meloni, is a petty tyrant who bestows all sorts of gifts on his lover until she gets gender confirmation surgery, at which point he turns on her. (He was specifically interested in having a kept woman with a penis.) Stan, Angel’s squeamish and permanently confused love interest, is played by Ryan Murphy’s white male muse Evan Peters. His boss in turn is played by a scenery-chewing James Van Der Beek. The two men work at the Trump Organization, which somehow manages to be a funny and not infuriating fact of the show. This framing, which treats the very important business wheeling and dealing of the normie world as a bizarre carnival barker sideshow and which is present in almost every element of the production design—and especially in the directorial skill of Murphy, Silas Howard, and Janet Mock—helps ward off what Jung calls “the straight gaze.”

In one episode directed by Mock, who is the first black trans woman to direct an episode of television, Pray Tell and Blanca literally put on a show for the patients in the AIDS ward where Pray Tell’s boyfriend is being treated. It’s an unbelievably corny, borderline Muppets plot for a show about something so serious—only in this case, the deus ex machina we’ve come to expect from such stories is absent: there is no chance of a secret talent agent or record executive in the audience donating thousands of dollars to save the rec center. The beauty of the moment is tied up in its ephemerality, in the way that Pray Tell and Blanca, in one of the grimmest possible scenarios, continue to perform anyway. It’s deeply bittersweet, a dark memento mori nonetheless infused with the sense of joy that was reportedly part of Murphy’s contribution to the show. Creator Steven Canals originally pitched Pose as a much darker show, and it’s hard to imagine being able to swallow that bitter a pill.

“On this show, the people who come across as out of place and hollow—to the audience, at least—are the traditional stars of the 1980s family drama: the white and middle-class.”

Though Pose recreates or remixes the sentimental tropes of ’80s pop culture, the series also takes great pains to depict the surreality of that ideal. When Stan and Angel have their first full night together, they spend it watching My Two Dads, a sitcom that treated two men trying to form a stable nuclear family as a premise for comedy; Stan later tells Angel that she can see exactly what his life is like by looking at any piece of ad copy. Blanca has dramatic, cathartic talks with Damon’s dance teacher. Mj Rodriguez’s line deliveries often have the plaintive, sincere character of a made-for-TV movie, and some of the conversations between Blanca and Pray Tell sound like lectures about the ongoing-in-2018 AIDS epidemic, directed at young people who have largely been taught to think of it as a thing of the past. In one episode, Blanca tries to have a drink at a West Village gay bar that isn’t Stonewall, but isn’t not Stonewall, where she’s accosted and denied service because she’s trans. At least in their bar, the gay men can feel secure and superior. These are problems that continue to exist in the present.

The lauded look and sound of Pose may be trapped in amber, but it feels simultaneously timeless. The show’s disinterest in edginess is apparent down to its musical choices—it’s Diana Ross and Chaka Khan all the way down, artists who might be temporally close to the characters, but who resonate just as loudly today as they did then. In a necessary throat-clearing scene in the first episode, where Damon gets kicked out of his parents’ house for being gay, he blissfully dances to Donna Summer’s “On the Radio,” a song that had been out for almost a decade when

Pose takes place. Pray Tell’s depression over his partner’s (and his own) HIV diagnosis, before Blanca and the rest of the Evangelistas intervene, takes the form of playing “Love is the Message” on repeat, an experience immediately recognizable to almost anyone today who has access to the tools of sonic self-harm. Pose isn’t a period piece so much as a slightly shaken kaleidoscope.

Still, there’s at least one episode of Pose with a straightforward sitcom resolution. At the end of the premiere, Damon has come to the New School, late for its dance program auditions, and barges into the room before performing an elaborate, exciting, and heartfelt routine to Whitney Houston’s “I Wanna Dance With Somebody (Who Loves Me).” It’s the only plot on

Pose that follows through on the sort of fantastical resolution you’d expect for characters cocooned in the idealized fiction of the ’80s—Damon has literally put on a show. It’s the only pure, unabashed moment of triumph on the show to date, in addition to one of its more bombastic sequences.

It feels important that there is one and only one of these moments, a sort of tether to the idea that there is hope for a better, if still imperfect, future, and that it happens in part because the rest of the Evangelistas go to the audition with Damon and believe hard enough that he can succeed. Love is, indeed, the mission for

The Loneliness of Long-Distance Writing 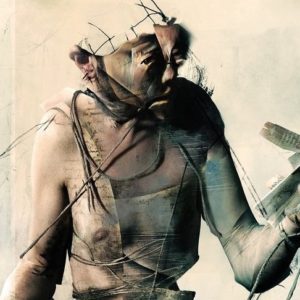 It’s turning out to be a great year for speculative fiction in translation (SFT). And though as of this writing (June),...
© LitHub
Back to top