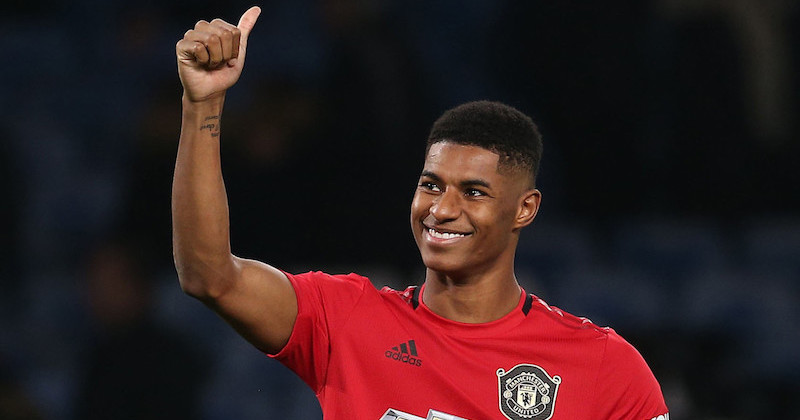 As many on this side of the pond may not know, Manchester United and England footballer Marcus Rashford is currently all that stands between the United Kingdom and compete moral ruination. In a year where a particularly grotesque grotesquerie of Brexiteer Tories consolidated power, Rashford’s public campaigns on the issues of homelessness and child food poverty in the UK have been are rare and inspiring bright spot for a troubled nation, forcing the Conservative government into a U-turn on policies to help feed children from low-income families.

Think of Rashford as Boris Johnson’s foil, antithetical to the current Prime Minister in every conceivable way. Rashford is young, working-class, athletic, empathetic, humble, altruistic, considered in speech and noble in action, diplomatic for the greater good, and, above all else, genuinely invested in the struggles of society’s most vulnerable. In short, the kind of leader his country could sorely use right now.

As if all that (and his off-the-bench 18-minute hat-trick against RB Leipzig last month) wasn’t enough, Rashford is now launching a book club with the aim of giving children from lower socio-economic backgrounds the opportunity to embrace reading from an early age. As reported by the Bookseller earlier today, Rashford is joining the Macmillan Children’s Books list, publishing a range of books across fiction and non-fiction for children aged five to 18 while also rolling out his own book club with the publisher. The books will feature a diverse cast of characters to ensure that children of all races, religions, and genders feel represented and depicted correctly.

“I only started reading at 17, and it completely changed my outlook and mentality,” said Rashford. “I just wish I was offered the opportunity to really engage with reading more as a child, but books were never a thing we could budget for as a family when we needed to put food on the table. There were times where the escapism of reading could have really helped me. I want this escapism for all children. Not just those that can afford it. We know there are over 380,000 children across the UK today that have never owned a book, children that are in vulnerable environments.”

Kudos, Marcus Rashford. May you lead a left-wing Labor government/bring Man Utd back to the promised land someday,  though probably not in that order.