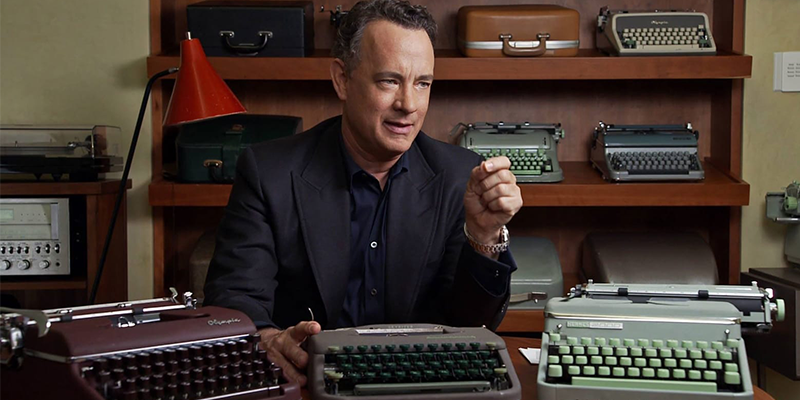 Tom Hanks is publishing a novel, and it sounds exactly like a Tom Hanks movie.

Tom Hanks—who previously spent time crushing a beloved indie bookstore with his discount big box chain (which was then probably crushed by Amazon and yes I am talking about his role in You’ve Got Mail and not his real life)—will publish a novel with Knopf this spring.

The book, The Making of Another Major Motion Picture Masterpiece, is Hanks’ first novel. He previously published a collection of short stories called Uncommon Type in 2017. According to his publisher, the novel is “funny, touching, and wonderfully thought-provoking, while also capturing the changes in America and American culture since World War II.” Funny… touching… World War II… so far, so Tom Hanks movie.

The plot follows the nephew of a WWII veteran, who turns his long-lost-and-later-found uncle’s story into an underground comic book, which is adapted decades later into a superhero movie by a commercially successful director. The novel also includes the “three comic books that are featured in the story—all created by Tom Hanks himself” and illustrated by Robert Sikoryak.

Honestly, if you told me the plot of this novel with no context and asked who should star in the film adaptation, there is a 100% chance I would say Tom Hanks. I love a brand so strong it transcends form!

The Making of Another Major Motion Picture Masterpiece will be published on May 09, 2023.