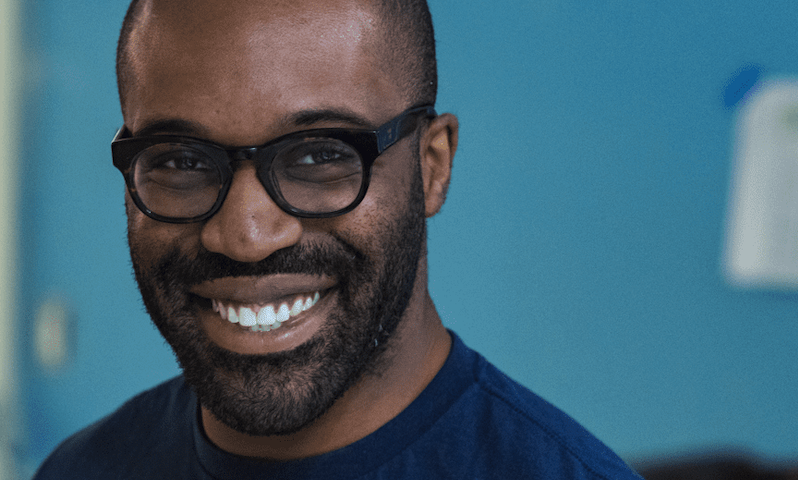 Tochi Onyebuchi’s Riot Baby tells the story of two siblings—Ella, who is gifted with powers of precognition and telekinesis, and her younger brother Kevin, whose exuberant resistance to systemic racism earns him a one-way ticket to jail.

Onyebuchi’s first novel for adults is as much a tale of the siblings’ bond as it is a portrait of white supremacy, police brutality, and the anger of Black Americans at centuries of injustice.

The book’s publication just months before the murder of George Floyd and the Covid-19 pandemic might seem prescient, yet the novel could have been written at any point in the last several decades (or centuries) and still felt timely.

Kev is born during the riots in Los Angeles that followed the acquittal of the police officers who brutally beat Rodney King. A few years later, the police killing of Sean Bell leads Ella to run away from home, afraid that her anger, harnessed to the supernatural powers she can’t yet control, might cause her to hurt those she loves.

Onyebuchi rejects the notion that anger must be productive. “Black people have been playing the respectability politics game since time immemorial,” he says on New Books in Science Fiction. “And in the history of modern America, what has it gotten us? That was a lot of what powered the omnipresence of anger in the book, this idea that it doesn’t have to be productive.”

Onyebuchi is the author of several books for young adults. He won the Ilube Nommo Award for Best Speculative Fiction Novel by an African and has appeared in Locus Magazine‘s Recommended Reading list. A graduate of Columbia Law School and L’institut d’études politiques with a master’s degree in global business law, he worked for many years as a lawyer before turning to writing full-time.

Rob Wolf: I just read on Tor.com about how emotionally taxing the last two weeks have been for you personally, so I’m especially grateful that you’ve carved out time to talk. I know it’s been a hell of a couple weeks and months. So how are you tonight?

Tochi Onyabuchi: I’m good. Busy but also blessed. I mean it’s a very peculiar time to be a Black creative in America. In previous instances, in conversations with friends in journalism, in fiction, et cetera, et cetera, when there’s been times of political upheaval in the country, particularly along racial lines, publications will reach out almost immediately and be like, “OK, what’s the Black angle on this?”

It’s almost as though they’re sort of mining your pain and despair and anguish for your perspective and page clicks, but something interesting seems to be happening this time around where there are a lot of organizations, particularly in media and in fiction, that are reckoning on a very substantial and almost structural level with a lot of these underlying issues of racism. So it’s interesting to exist in this space now. I mean it’s emotionally taxing and mentally draining, but also very interesting. It seems as though something different is happening.

RW: There’s been a lot of talk about how white people have to go through this process, too. It’s not a problem for black people to fix, and so maybe that has a little bit to do with what you’re talking about, this self-reflection and this effort that seems to be underway and, hopefully, will continue. It’s interesting to hear that it feels different to you.

TO: Yeah, definitely. Even the fact that you have major book publishers putting out statements affirming Black Lives Matter, black stories matter, and we’ll see if structural change follows that. Every year, Lee & Low and Publishers Weekly put out their surveys about diversity in the publishing industry, and every single year, things are blindingly white. And so with these recent affirmations, hopefully momentum can be maintained with regards to diversity amongst the workforce, but also the domino effect of diversity in the types of stories that are being told.I mean the very fact that a story like Riot Baby could be published, I think, is a testament to that possibility.

RW: Riot Baby is about Ella and her younger brother, Kevin, and their lives move among several different places: South Central Los Angeles and Harlem. And Kevin ends up in jail on Rikers Island in New York City. And it’s also about a lot of other things. It’s about the trauma of centuries of oppression and pain that echo through their lives. And that echo happens both psychologically, as historical trauma does, but also in some ways literally for Ella because she has these special powers, so she feels more deeply and sees more deeply than a regular person. … I thought maybe we could start by homing in on a particular moment when her life takes a crucial turn. She’s watching the news about the death of Sean Bell, a black man who is killed in Queens, New York, by the police on the morning before his wedding in 2006.

TO: Ella is an interesting character. One of the things that I wanted to do with Riot Baby was write my own contemporaneity—to see what the future would be like for people my age and then work backwards from that. And so she’s about as old as I would have been during Rodney King, and she’s as old as I would have been in the 2000s when Sean Bell was killed, and she’s colored by all of those experiences. Looking back, those are my first real political experiences of America as a child, and I thought that was fascinating to have that be such a fundamental part of how you learn about America and what it is to exist in this country. And another thing that I wanted to illustrate in Riot Baby was a sense of continuity.

When I first started writing Riot Baby in 2015-2016, there was this spate of video-graphic evidence of officer-involved killings. Given that these clips were proliferating across social media, a lot of people were seeing this for the first time. But if you were Black, you saw this as part of the pattern. This went back to Oscar Grant. This went back to Sean Bell. This went back to Amadou Diallo. Those are names that you heard in the house growing up, not as boogeymen but as cautionary tales.

In that moment for Ella, when she’s watching it, I wanted to see if I could capture that newness of it, the “Oh, it’s happening right now”-ness of it. She’s at the age where she’s able to assimilate enough knowledge that seeing that—and married to the increasingly empathetic ability that she has—it snaps something in her. She’s changed as a result of having seen that in a way that I think a lot of people were changed when they saw footage of

Laquan McDonald‘s death or Philando Castile’s, these immensely traumatic visual experiences. And that is something that Ella, by virtue of her powers, is able to go through for better or for worse.

RW: Kevin’s born in 1993 and he’s nicknamed Riot Baby because he’s born during the riots in Los Angeles that followed the acquittal of the cops who beat Rodney King. Ella has a precognition: she knows her mother’s going to give birth to a boy. And she associates his birth with the riots, this bad thing, and associates it with his being a boy. And she’s angry, so angry. Can we talk a little bit about that?

TO: When I started writing Riot Baby I was very angry, and I feel like one of the things that happens during these periods of American unrest is, particularly along a racialized vector, is this idea of productivity, that the anger has to be productive. It can be as self-righteous as it wants, but if you’re not protesting properly—you know, the riots are unproductive, the looting is unproductive, it’s going to keep you from getting your goal of, I don’t know, policy change or whatever.

And there was a part of me, a very large part of me, that while I was writing Riot Baby was essentially “Screw that. I’m not here for respectability politics.” Black people have been playing the respectability politics game since time immemorial. And in the history of modern America what has it gotten us? And that was a lot of what powered the omnipresence of anger in the book, this idea that it doesn’t have to be productive. What does anger that isn’t burdened by the mandate of productivity look like? And is it even useful? And I think the answer to that, at least for me, is yes. I did at the time find very personal catharsis in that sort of omni-directional anger that didn’t have to come with, “Okay, I’m going to channel this anger into marches” or “I’m going to channel this anger into finding an organization to donate to” because if you don’t do that, you feel guilty for feeling angry, and who does that serve?

And so I just wanted to really, really, really dig into this idea of anger that’s justified and not burdened by this mandate of productivity.

On Fathers and The Art of Grieving 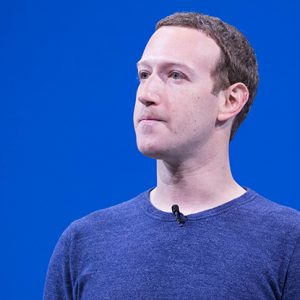