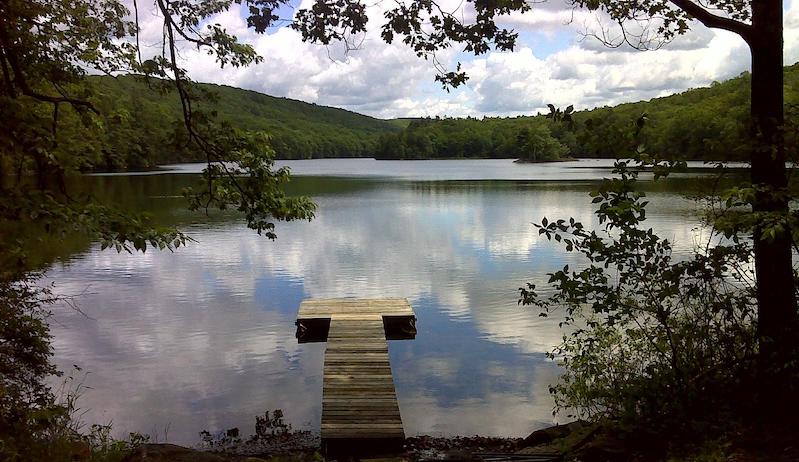 Via We Found Time

On Fathers and The Art of Grieving

Lea Carpenter: "There was lots of cooking and denial.
Rage came later."

The following essay originally appears at We Found Time.

I opened Instagram this morning to find a post from a close friend whose father died yesterday. Here were the images she had chosen: her father holding her and her sisters on his lap (gentle); her father as a young man in swim trunks (handsome); her father by her side on her wedding day (traditional). She wrote about how he was her rock, how he quoted poetry, and also how he knew success in life didn’t come from money or power. The post wasn’t about her pain, though she must have woken up in pain. The post was about gratitude.

Stop all the clocks, cut off the telephone,

Prevent the dog from barking with a juicy bone,

My father died before Instagram. I remember those early days as ones of retreating into a very small cell of family. There was lots of cooking and denial. Rage came later. I have written so much about my father since he died that it’s almost embarrassing. What am I hoping to achieve?

I wrote my first novel about him. On the surface, the story was about a mother whose son goes missing, but I was channeling my experience of a father who had, it felt, gone missing, too. I kept thinking I could bring him back by writing about him, that maybe the act of telling, and re-telling who he was would open a path for his return. Magical thinking—right.

In my experience, magical thinking can become an addiction.

As I wrote about the anger my character felt about her son, I was describing my own anger, even though I didn’t know it at the time. Of course writing didn’t bring him back. My second novel was about a girl who loses her father too soon. I had done it again. I had tried to take my loss and reverse it on the page. Maybe one day my boys will read these books, I thought, and understand something they can’t by looking at a photograph.

Silence the pianos and with muffled drum
Bring out the coffin, let the mourners come.

I helped my son with his book report on Operation Market Garden, an Allied airborne assault against the Germans. “It was the largest airborne assault, like, ever,” my son explained, carefully articulating the word “assault,” assuming that word might be foreign to me. He showed me maps that Churchill and Roosevelt had used. My son doesn’t know that my father planned and executed “operations,” too, though it didn’t feel like the right moment to get into it. My father to my boys is an idea, a chimera. Would it matter to them that he had wanted to be a pilot? Would it matter that, due to poor eyesight, he instead was sent to do something different, something that might be described as “dangerous?” Dangerous is a word my boys love; if you’re twelve, dangerous is slang for cool.

Let aeroplanes circle moaning overhead
Scribbling on the sky the message He Is Dead,

Before wanting to be a pilot, my father had wanted to be a cowboy. Early on in his time in the military he wrote to his mother that, “so far, I believe I am going to like my new job tremendously, all of it is outdoors, and not unlike my Western experiences. Couldn’t help remembering the days when my idea of a perfect life was to ride through the hills packing a .45 and carrying a carbine, and now I’m paid to do it.”

My father spent the last decade of his life working to overturn the mandatory-minimum sentencing laws in his home state, Delaware. When, eventually, the governor signed a bill into law ensuring the end of the “man mins,” it was nicknamed “Ned’s Bill” after my father. My mother and I went to the courthouse and sat at an enormous oblong table as the governor spoke about the importance of these laws and their place in a larger, urgent, national challenge: criminal justice reform, and a path to better race relations. That larger challenge was what my father felt was the critical issue facing this country.

Two days before he died, I received a letter, FedEx. I was on my way to the train station because my mother had called and said, “it’s time,” which meant, time to come home. Which meant, he’s dying. I stood in the small hallway of my building and read the letter which detailed why my father had decided I was the child to carry on his work with the “man-mins.” Before I had finished reading it, my phone rang. It was my brother, calling to tell me he had received a letter, FedEx, from our father, and that his letter explained why he was the child to carry the work.

Had my father written the exact same letter to all of his children? I never found out the answer. Soon I was on the train, then by his bed, and then my baby boy was crying and I was holding my sister’s hand and then he was gone. Later someone said, “no one will ever love you like he did,” an idea at the time that I received as an insult. Later, I understood it as a very high compliment.

He was my North, my South, my East and West,
My working week and my Sunday rest

Auden knew that rage must be attended to, a lesson we are learning as a nation now. I never saw my father rageful, but he must have had anger at times. He tried to channel his anger into action. Into the cases he litigated. Into his work with criminal justice reform. He channeled it away from the people he loved.

At his memorial, a federal judge gave a eulogy in which he talked about Atticus Finch, Harper Lee’s fictional lawyer from To Kill A Mockingbird. He referenced the final courtroom scene in the book, when Atticus exits and a man tells Atticus’s daughter Scout to “stand up, young lady; a great man is passing by.”

The judge looked out into the crowd and ended his remarks with a nearly identical refrain: “Stand up, everyone. A great man is passing.”

Lea Carpenter is a screenwriter and the author of two novels: Eleven Days and Red, White, Blue.

Poetry in Letters:
An Exchange Between Molly McCully Brown and Susannah Nevison 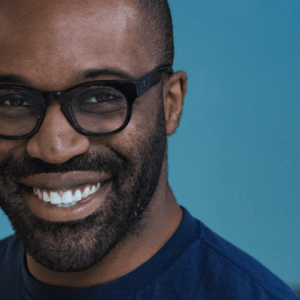 Tochi Onyebuchi’s Riot Baby tells the story of two siblings—Ella, who is gifted with powers of precognition and telekinesis,...
© LitHub
Back to top