Tobias Wolff on the Iconic Memoir He Never
Intended to Write

"I was overcome by admiration for my mother’s courage, and gratitude for her loyalty..."

I started writing fiction as a schoolboy, imitating the kind of stories I loved to read—stories by O. Henry and Edgar Allen Poe; later, Jack London, and later still Ernest Hemingway. And for many years I remained dedicated to fiction, where I could give myself free rein, drawing on my own experiences as much or as little as I liked, while wrapping them in stories and characters of my own creation. The veil of fiction gave me liberty not only to invent, but also to tell the truth, even deeply personal truth, which is easier to do from behind a mask. Thus you can say what you have to say, confess what you must confess, and at the same time deflect judgment by appealing to fiction’s implicit claim that the faults on display are the faults of a character, and certainly not—or at least not necessarily—your own. In this way writers of fiction set themselves apart from the fallen creatures whose troubles and shortcomings give shape to their stories, hovering above the fray “like the God of the Creation,” as Joyce suggests, “invisible, refined out of existence, indifferent, paring his fingernails.”

The memoirist enjoys no such elevation from this human mess, no concealment from its scrutiny, no immunity from its judgments. Though I admired the best of them—Frank Conroy’s Stop-Time, for example, Mary McCarthy’s Memories of a Catholic Girlhood, Nabokov’s Speak, Memory, or my brother Geoffrey’s The Duke of Deception—I had no wish to write a memoir. I was shy of the personal exposure unavoidable in such a project, and also of the question it posed: Who would care? I was not a famous writer or any kind of famous, and with very few exceptions most memoirs of the time depended for their interest on the celebrity of the writer—Oscar-winning actors, war-winning generals, and so on.

But here it is—the memoir I did not intend to write. Why did I do it, after all? It happened this way, or roughly this way. A colleague of mine came to dinner one night with his wife. In the course of the evening, he made a few references to what he supposed to be our shared background, a background of prosperity and comfort and seamless ascent to our current pampered condition as university professors. His inaccurate assumptions about my history were mildly irritating, but on reflection I couldn’t really fault him. I had gone to good schools, lived in a nice house, drove a Volvo, read deep books. He didn’t know the particulars of my background, and why should he? Except with my mother and my brother I rarely talked about the past, not out of any shame, but because I was more interested in what was going on in the present with my growing family, my work as a teacher, and scrounging for time to write new stories while fretting over the fate of those I was sending out to various journals and, later, book publishers.

Not long after that dinner with my colleague, I began to write This Boy’s Life. It is almost always a mistake to assign a single cause to changes of heart or mind. Though I’ve put weight on that conversation, with its good-willed but annoying presumption, it probably just gave a nudge to a possibility I hadn’t really dismissed, of writing about my early life with my mother. In any case, I wanted to leave some record of those years for my young children, who, knowing so little of my past, might well have grown up assuming that the privileged life we enjoyed was somehow natural and even inevitable. It was not. I’d been a better prospect for the penitentiary than for the college lectern or the writer’s desk. My mother, once so glamorous and unconventional, footloose to the point of recklessness, had settled into respectable retirement in Florida, serving as secretary of the Deltona Lakes Garden Club, and, for a time, president of the League of Women Voters of Volusia County.

Indeed, she had become quite proper and just a little prim, my mother, and her grandchildren could not have seen in her the adventuress who pulled up stakes to drive us across the country almost on a whim, trusting our fortunes to a car that could go barely a hundred miles without boiling over; who had jerked sodas at the Dairy Queen all day to support us and attended secretarial college at night, bootstrapping her way up from job to somewhat better job, for years just a paycheck away from ruin. Through all these moves, all these jobs, all these boarding houses and basement apartments, my mother kept her spirit and hopefulness and sense of humor.

In fact, she had a sort of innocent glow about her that others were quick to note. Not all of those others deserved her trust, and at times her judgment, especially where men were concerned, failed her. Failures of judgment can shape our lives. They shaped mine for years, and they certainly helped shape hers. But so did her natural generosity and appetite for life. She made friends easily, and kept them, as she kept her love of movement and adventure. In her fifties she took a long, entirely unplanned excursion in an open jeep through remote villages in the Atlas Mountains of Morocco with a companion she’d just met on the flight to Tangiers. In her seventies, and not in the best of health, she considered buying a Winnebago and driving around the country again, but this time alone, as she would never have been able to pry her then-husband off the couch. I was barely able to talk her out of it, and maybe I shouldn’t have.

Through all these moves, all these jobs, all these boarding houses and basement apartments, my mother kept her spirit and hopefulness and sense of humor.

That was the woman I wanted my children to know. At first I told myself that I was writing about my early life with her to leave a sort of informal history for my family, and to create a bank of memories for me to draw on for my fiction. That soon changed. As I wrote I found myself caught up in the past, not simply observing it from a distance, but living it again, vividly. I sometimes had to stop writing, I was so overcome by embarrassment and regret for things I had done; by admiration for my mother’s courage, and gratitude for her loyalty; by anger at the cruelty and abuse we both suffered at the hands of a petty, foolish, dangerous man; by laughter at that man’s absurdity, and the other absurdities that marked our life together, including those of my own delusions and behavior; and by thankfulness for the profound friendship we had. I put other writings to the side as the project became more and more serious, finally an obsession, and thus devoted myself to what I now had to acknowledge was that book I would never write, a memoir.

I remember the past in terms of stories. That’s how I think of it, how I talk about it, and how I’ve written it here. It’s true that life doesn’t happen to us in stories, that we make stories out of it, and that in making those stories we can’t help but put a personal stamp on them, for better or worse. Think of a Thanksgiving dinner with twenty family members, all telling stories of times past, all loudly, even indignantly, correcting each other. For who wants to hear that in your sister’s recollection you are credited with only a cameo—or no role at all—in an event where you remember yourself as the star.

But even allowing for the vagaries of memory, for the various ways different people may interpret the same event, it doesn’t follow that the stories we tell from our experience are not to be trusted simply because they are personal. This is especially true at the most basic level—that is, the actuality of the incidents we describe. There is a difference between fact and fiction. I am free to have the narrator of a novel say that he spent time in prison when he did not. You know you’re reading fiction; you understand that the novelist is revealing an aspect of the narrator’s character. But if I say the same false thing in a memoir, to deceive you about myself, that is a lie. The writer is charged to keep these things straight. I can’t write a memoir about my childhood in Auschwitz if I grew up in Switzerland. I can’t make the claim—as someone has—that I was raised by wolves when I wasn’t.

The events I recount in This Boy’s Life actually happened. I wrote it knowing that it would be read by people who shared or observed these experiences—my mother, my brother, friends, schoolmates—and I was therefore conscious of my memories being examined by theirs. And it turned out that our memories sometimes differed, but usually on questions of chronology or interpretation—what someone was really like, how mean or funny or smart he was, whether she really was a good teacher, why we got into that fight behind the school—and not about whether something happened or did not happen. In those instances where a date needed correcting, I corrected it. Otherwise I tended to trust my own recollections. Why not? Memory doesn’t work by committee. Finally, it is my version of things, partial and subjective as that may be.

Though some of what I describe was difficult to live through, and difficult to relive, I have never been happier in writing a book—recalling that crazy trip across the country, hearing my beautiful mother’s laughter at some ridiculous situation we found ourselves in, remembering the open-heartedness of people we met along the way, on that road and roads still ahead, to feel again the warmth of our friendship and all the other friendships that sustained us through the years. For all this I give thanks—for friendship, for family, for narrow escapes, for good work, for the book you hold in your hands. 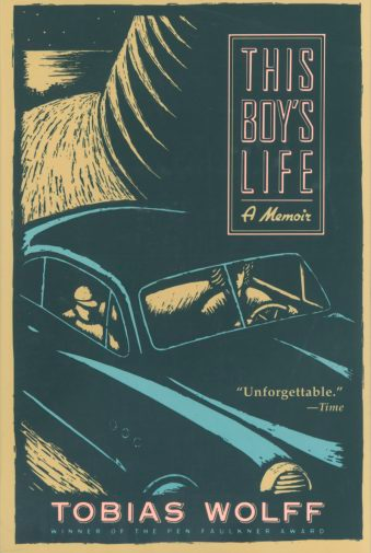 From the introduction to the forthcoming 30th anniversary edition of This Boy’s Life, by Tobias Wolff, courtesy Grove Atlantic, copyright 2019, Tobias Wolff. To be published in fall 2019.

Tobias Wolff is the author of the novels The Barracks Thief and Old School, the memoirs This Boy’s Life and In Pharaoh’s Army, and the short story collections In the Garden of the North American Martyrs, Back in the World, and The Night in Question. His most recent collection of short stories, Our Story Begins, won The Story Prize for 2008.

Loudermilk: Or, The Real Poet; Or, The Origin of the World 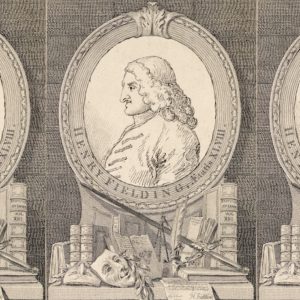 In honor of  MOTHER'S DAY this Sunday, some of the many ways of looking at motherhood: • Tobias Wolff on the iconic...
© LitHub
Back to top
Loading Comments...