To Understand America’s Fear-Driven Response to Terrorism, Look to Chicago

Laurence Ralph on "Policification," from Chicago to Guantánamo

Via University of Chicago Press
By Laurence Ralph

I wrote to you earlier about the use-of-force continuum, which refers to guidelines that establish how much force or outright violence a law enforcement officer is supposed to use on a civilian. But now I want to tell you about another important relationship—that is, the symbiotic relationship between the police and the military.

Scholars of policing have long thought about this relationship. Most often this dynamic is characterized by the phrase “militarization of the police,” which refers to the way domestic police departments and their officers draw from, and pattern themselves after, the military. But it is less common in discussions about militarization nowadays to mention the ways that military personnel, in turn, draw from domestic techniques and strategies of policing while working abroad.

This second dynamic speaks to the ways that the techniques used by Richard Zuley in Chicago’s interrogation rooms were redeployed in the detention camps at Guantánamo Bay. Little did Slahi know that by writing Zuley’s name in his diary, he helped illuminate this second dynamic, a dynamic that has recently been referred to as the “policification of military intervention.”

And so, when I describe the interaction between domestic police officers and military personnel as a symbiotic relationship, I’m referring to both the militarization of the police and the policification of the military at the very same time.

Since Slahi’s diary was published in 2005, several civilian complaints against Richard Zuley have gained renewed attention. One of those, the case of Lathierial Boyd, has been the most prominent, as it was the subject of a widely circulated report in The Guardian, written by a leading terrorism journalist, Spencer Ackerman.

There’s a consensus that Richard Zuley’s actions have undermined the integrity of both the US criminal justice system and the war on terror.

According to Ackerman, in 1990, Zuley came to believe that Boyd had shot two men outside Exodus, a Chicago reggae club. Despite the fact that Boyd had an alibi, and despite a lack of evidence suggesting Boyd’s guilt, Zuley was determined to connect Boyd to the crime. Initially, when he learned the police were looking for him, Boyd turned himself in, volunteering to participate in a line-up. He stood for two of them. In a 2015 interview with Ackerman, Boyd recalls asking Zuley after the second line-up if anybody had identified him. Zuley said no. To this, Boyd replied: “See, I told you. You’ve got the wrong guy.”

Zuley smiled at him, “We’re charging you anyway,” he said.

Boyd was then arrested, and shackled to the wall in the precinct station, where Zuley left him for hours. Boyd claims that the police planted evidence in his case. Weeks after the shooting, when there was nothing to connect him to the murder, the police found a piece of paper with his nickname written on it strewn on the floor beside the victim’s hospital bed. Without a confession, this was the only hard evidence tying Boyd to the crime.

“That little piece of paper was enough,” Boyd said. “Because of that paper, the judge sentenced me to 82 years in prison. 82 years. I remember thinking that the judge had given me a life sentence. But it’s not gonna hold up with the jury anyway. They are going to know that I was framed.”

“I was wrong,” Boyd said. “It held up. It held up. And now half my life is gone. I did 23 years in prison before I was finally exonerated. I was set free in 2013. It still doesn’t seem real. It doesn’t seem real that I was there and went through all of that, or that I’m free now. I’m still trying to make sense of it.”

When Boyd heard about what Richard Zuley had done at Guantánamo, it seemed unbelievable, but the revelation did provide some context for why he was targeted and treated so cruelly.

“Here this guy is, in another country, torturing people, ordering that they be tortured, and so what do you think he’d do to me—a nigger in a Chicago police station.”

“I didn’t have a chance,” Boyd said, “faced off against somebody so sick.”

In the same interview with Ackerman, Boyd brought his focus back to Chicago, reflecting on the plight of other victims: “Now I find out that I’m not alone. I’ve learned that Zuley sent other suspects to prison for crimes they may not have committed. I know who some of them are. The ones who I know, I have to help get them out of there. I have to help them because somebody helped me.”

From studying the history of police torture in your city, I know that your predecessors have listened to victims of police abuse, albeit haltingly. Some of your predecessors have then seized on victims’ words and emphasized the idea that torturers like Zuley are “sick.” Among the police officers, military personnel, and social justice advocates who have commented publicly on Zuley’s case, there’s a consensus that his actions have undermined the integrity of both the US criminal justice system and the war on terror.

Mark Fallon, the deputy commander of the now-defunct Criminal Investigative Task Force at Guantánamo, said Zuley’s interrogation of Slahi “was illegal, it was immoral, it was ineffective and it was unconstitutional.”

The insistence on Zuley as uniquely awful is also a way to focus our attention on individuals rather than the conditions that allow torturers to excel in the profession of law enforcement.

“I’ve never seen anyone stoop to those levels,” said former Lieutenant Colonel Stuart Couch. “It’s unconscionable, from a perspective of a criminal prosecution—or an interrogation, for that matter.” The problem with these expressions of contempt is that, while acknowledging that the policing strategies Zuley used to interrogate Slahi were “unconstitutional” and “unconscionable,” they also characterize Zuley as a ‘bad apple,’ which of course makes him easy to scapegoat.

“There have been a number of really bad apples in the Chicago Police Department who unquestionably have railroaded unknown numbers of innocent people into prison,” Rob Warden of Northwestern University’s Center on Wrongful Convictions said to the Guardian. “[But] Zuley may be unique in being a police officer who graduated from Chicago to Guantánamo.”

Instead of making Zuley out to be an exception, future mayors, I hope it has become clear that Richard Zuley rose to prominence within the Chicago Police Department and the US military—not in spite of the fact that he did horrible things to other human beings, but because he did these horrible things.

What do we make of the fact that, when Zuley showed up at Guantánamo Bay, military commanders “touted him as the hero they had been looking for”? What does it mean that Zuley’s reputation for “closing case after case” in Chicago and his “knack for getting confessions” made him an attractive recruit for the war on terror?

I would like you to think about these questions instead of focusing on the idea that Zuley was a disturbed individual. To be clear, there is no doubt that Zuley was a sinister human being who seemed to delight in causing physical and psychological pain. Most police officers, I do not believe, harbor such sadistic desires. However, the insistence on Zuley as uniquely awful is also a way to focus our attention on individuals rather than the conditions that allow torturers to excel in the profession of law enforcement.

Doing so effectively absolves you and your city of any responsibility. Instead I challenge you, future mayors, to focus on your role in overseeing the department that has put people like Zuley in a position to extort and coerce Black Chicagoans like Lathierial Boyd. And I challenge you to think about how the nearly four decades Zuley spent as a Chicago police officer qualified him to torture terrorism suspects at the behest of our federal government.

This is why I have written you: to tell you that the damaging effects of the torture tree do not stop at Chicago’s borders. The torture tree makes the entire world less safe. 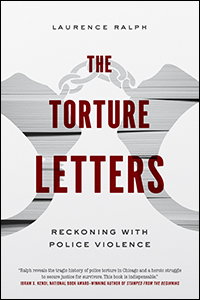 This excerpt is reprinted with permission from The Torture Letters: Reckoning with Police Violence, by Laurence Ralph, published by the University of Chicago Press © 2019. All rights reserved.

Laurence Ralph is a professor of anthropology at Princeton University. He is the author of Renegade Dreams: Living with Injury in Gangland Chicago, also published by the University of Chicago Press.

Behind the Mic: On Doctor Dolittle: The Complete Collection, Vol. 1 by Hugh Lofting, Read by James Langton 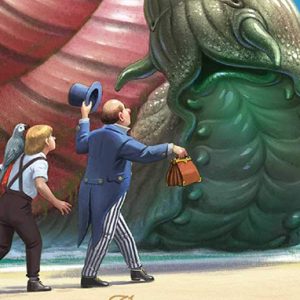 Behind the Mic: On Doctor Dolittle: The Complete Collection, Vol. 1 by Hugh Lofting, Read by James Langton Every Monday through Friday, AudioFile’s editors recommend the best in audiobook listening. We keep our daily episodes...
© LitHub
Back to top