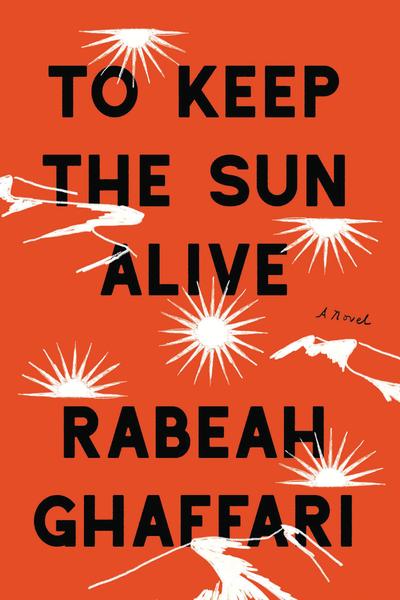 The following is from Rabeah Ghaffari's debut novel, To Keep the Sun Alive. Ghaffari was born in Iran and lives in New York City. She is a writer and film editor whose fiction was included in Reflections on Islamic Art and whose documentary, The Troupe, featured Tony Kushner. Her most recent feature-length screenplay, The Inheritors, was commissioned by producer and costume designer Patricia Field.

The morning of the solar eclipse began like any other. Rue de Belleville was already littered with pedestrians. Car horns rang out. Metal grill gates thrashed upward. Children whined as mothers dragged them to school. Pensioners, in no particular hurry, made their way to the park, greeting one another in slow motion, while young professionals rushed by in a beeline to the metro station.

The faces on those streets were a strange mix: Jews, West Africans, Chinese, and Maghrébins among many others, thrown together as though in some urban refugee camp. Shazdehpoor was no different. He was as displaced as them, and as anonymous—a single unseen thread in a haphazardly woven carpet. Only older, frailer, wearing a seersucker suit with fraying cuffs and faint sweat stains on the crisply ironed fabric.

He struggled through the crowds, dragging his handcart down the subway steps, shooing away anyone who got too close with his walking stick. The Line 2 train was approaching and he barely made it onto the last car. A young man stood and offered Shazdehpoor his seat. Surprised, Shazdehpoor wanted to thank him, not for the seat, but for his kindness. As so often happened lately, he was too slow. The young man had already turned away.

At the Place du Tertre, tourists swarmed past the artists and artisans—most of them immigrants. Senegalese teenagers hawked woven baskets and tribal jewelry. Tunisian women, babies tucked into their skirts, sold richly painted ceramics with intricate Islamic designs. All for a few euros, a coffee or less. For more than three decades Shazdehpoor had made his livelihood spelling out the names of passing strangers in Persian calligraphy. Each year was harder and harder. He unlocked his handcart and opened the chair and table. He wiped the sweat on his brow with his handkerchief, then arranged the stack of rag paper, inkpot, calligraphy pen, and sander.

A young woman soon approached. American. He dipped his pen in the inkpot and, with the trembling hand of an old man, looked up. “What is your name?” he said.

She leaned over. “Mo-ni-ca,” she said, slowly, as though he were deaf. He dipped his pen in the ink again and squeezed his arthritic fingers around it. Carefully, he began to write her name, from right to left, silently mouthing the equivalent letters in Persian. The roundness of meem flowing into the upward line of alef. Then the U-shaped noon straight into the half-moon yeh. Then he raised up the pen and began the triangular kaf, whose third point touched the last letter right before sweeping up into the final alef. The final touch of the dot over the noon and two dots beneath the yeh were done in calligraphic diamonds.

When he was finished, he shook sand over the paper and blew off the dust. The ink was quick drying but the elegant flourish impressed buyers. He rolled the paper and tied it with a ribbon, shyly accepting the three euros from Monica’s hand. Even now, taking money from people still shamed him.

The sound of shouting caught his attention. It was Madam Wu. A man was shaking the piece of paper she had handed him in her face. “Mein name ist Adam not Yadang!” he said.

Madam Wu, a former Chinese literature teacher and professional calligraphist, purged from her homeland during the Cultural Revolution, had given up on explaining to customers the difference between logography and phonemic orthography. She stepped into the man, grabbed the paper from his hand, and ripped it into little pieces.

Shazdehpoor shook his head. He thought of his apartment. His radio. The cognac that awaited him at the end of the day, a cognac that he drank each night with great relief and ceremony.

A group of break-dancers with face paint and colorful clown wigs were setting up their boom box. Each week there were more and more street acts, all of them flashier, louder, and more youthful than his calligraphy. Gypsy children darted through the crowd today, selling plastic glasses for the eclipse this evening, long after Shazdehpoor would already be back in the cool, comforting isolation of his living room. For weeks, the eclipse was all anyone in Paris had spoken about, the first one visible in the city for thirty-three years.

“Three euros,” said the Gypsy girl. Her face was golden brown, her mouth smeared with dark familiar juice. He leaned in, smelling the ripe sticky perfume of the cherries she had eaten. Handful by handful. Stolen, perhaps, from the Marché de Belleville. Or scavenged from the discarded bruised lots behind the stands.

“Gilas,” he whispered with closed eyes.

She startled, and jumped back, alarmed by his foreign-sound- ing word, one she seemed to think was a curse. He was an old man to her, with a perfume of his own, that of brittle skin and sour breath and perhaps a little death. Off she fled. On the ground, the pair of glasses lay at his feet where she had dropped them. He had no need for glasses. Nor any need to join the crowds on the river- bank that evening. He had seen the sky go dark before, the shadows cast as the moon slowly swallowed the sun, until there was nothing left but a faint ring of fire in pitch black. He had stood in that darkness so total that nothing was visible outside his own mind. That was thirty years ago also, in another world, on the golden plains of Naishapur, in the orchard of his family. White snowy flowers clung to branches of the apple trees. Clusters of green cherries hung densely on the branches. In the breeze, there was the smell of pears and the droning of bees and the clean snap of cotton as the sofreh opened and his family gathered for lunch. It was spring, always spring, the sun ablaze overhead.

From To Keep The Sun Alive. Used with permission of Catapult. Copyright © 2019 by Rabeah Ghaffari.

Two Iconic Russian Poets, the Couch They Shared, and Me 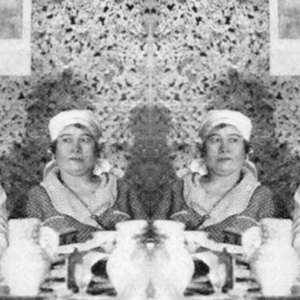 Lit Hub Daily: January 3, 2019 “Watch closely. This is how Black writers live.” Toward an expanded canon of Black literature. | Lit Hub “All...
© LitHub
Back to top