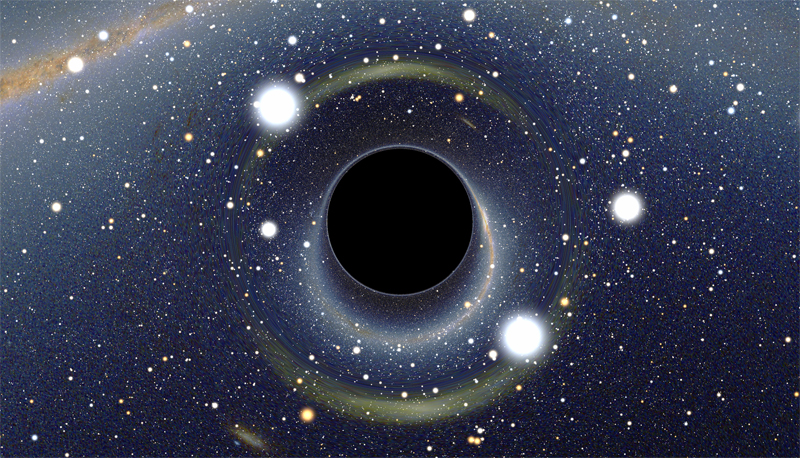 Yep, apparently, theoretical physicists have finally solved—or almost solved—the black hole information paradox. “Information, they now say with confidence, does escape a black hole. If you jump into one, you will not be gone for good. Particle by particle, the information needed to reconstitute your body will reemerge. . . Information gets out through the workings of gravity itself—just ordinary gravity with a single layer of quantum effects.” It doesn’t mean that we totally understand black holes now, but the physicists are excited. “That is the most exciting thing that has happened in this subject, I think, since Hawking,” said Donald Marolf of UC Santa Barbara, one of the new paper’s coauthors. One scholar (obviously German) even called the calculations that led to this new understanding “highly nontrivial.”

To celebrate, or just to amuse yourself for a few minutes while thinking about housewives of the future finding black holes in their designer lamps (yes, this is what this story is about), read this very short story by Dian Girard, originally published in the February 1978 issue of Galaxy Science Fiction. (Those of you who are already fans of Rachel Ingalls are especially encouraged to read.) It begins like this:

Ping! Cheryl Harbottle sat up, startled. She looked around the room for the source of that odd little noise. Nothing seemed to be wrong. The lighting panels were still glowing at the Midday-Summer setting and the Woodland Sounds background tape was still giving out with soft coos, twitters, and the sound of rustling leaves.

Her eyes finally came to rest on the new decorator lamp. Humph. That must be the problem. The darned thing was burned out or something. It looked funny.

Cheryl got up and walked over to peer at it. There was nothing in the middle where something should have been, she thought, wrinkling her slim brows. There really was nothing. All of the wires were in place, but the bright glowing ball in the middle was gone. What was worse, she couldn’t see through where it was supposed to be. The air looked sort of fuzzy, or distorted. It was almost like looking into rippling water.

Cheryl bent closer to peer at it, and something grabbed her nose.