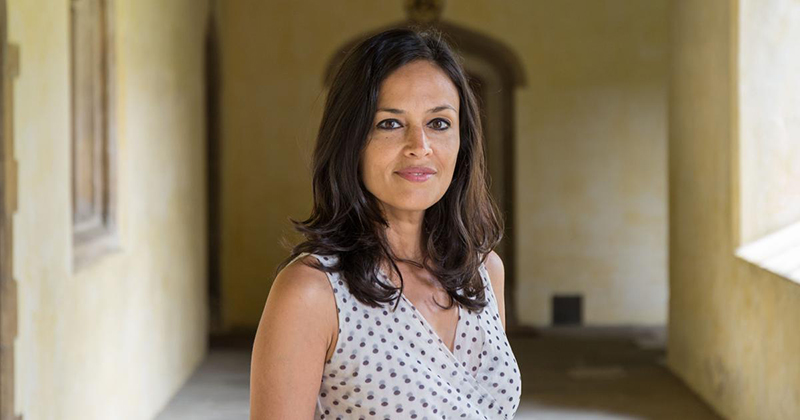 Tishani Doshi: ‘Literature is a Conversation We Have With Other Writers Dead and Alive’

The Small Days and Nights Author
on First Draft: A Dialogue of Writing

This week on First Draft, Tishani Doshi joins Mitzi to discuss her latest novel, Small Days and Nights, out now from W.W. Norton.

Mitzi Rapkin: To start with the title, Small Days and Nights, you have an epigraph in the very beginning from a book by Jim Salter that has this phrase in it from A Sport and a Pastime. So, I’m wondering how you came up with the title. And, then, do you feel like literature is in conversation with other literature? And was that part of it at all?

Tishani Doshi: You know, I always think of titles—I think they’re very important for me—and whenever I’ve written a book, I’ve generally had the title before I started writing, or quite soon after. So it’s a container in which I then know I’m going to put all this energy and thought and craft and, and so with this novel it was very strange because I worked on it for a few years, obviously, and I didn’t have a title until I’d written it and it was making me very uncomfortable because without the title it didn’t feel like it was real. And I think I tried, I don’t know, I had several working titles and I would wake up in the middle of the night and say to my husband, do you think this is a good title and, you know, I was getting so obsessed with the title.

And then I was reading A Sport and a Pastime, and I came across that line: “It’s in the little towns that one discovers a country in the kind of knowledge that comes from small days and nights.” And immediately, I felt that I was sort of… the title… I just extracted it from that line because that was what I was writing about, in a way and it encompassed so beautifully so many of the things that I was trying to do with the book.

Mitzi Rapkin: When you started this, you didn’t have a title, which I could see how it could put it in a small container for you. So, it seems like you probably started writing based on instinct or urges or things you wanted to explore. So, what kind of things were nagging at you that you wanted to get on a page?

Tishani Doshi: I think my impulses were manifold. I mean, I had the idea to tell a story about sisters, and secrets and families. And I also wanted to have this sense of an immediate story about a woman in India at this particular time and the choices that she might have to make between freedom and duty. So, in a way, it’s also a kind of a moral story, she’s struggling with her situation.

But I also wanted to tell a larger story somehow, in a way that, you know, what about these lives that are lived on the margins in the small places because so much of the literature coming out of India and out of most places is to do with you know, the big city, bright lights narrative, and it’s a very exciting story this big city story, but what about this other movement the other way and can that also represent a story about nation and country and people? And so, it was really sort of trying to tell this one very small story, but to see whether it could extend into larger ideas.

So, it was complicated because in a way, it was also a story about women and this sense of visibility and invisibility, and fear and so many things that I was trying to write about, because I’d spent so much time in the particular landscape that I write about. And I continue to be so struck by the beauty of that place, but also how the effects of solitude, you know what happens to a person in that kind of isolation, particularly a woman, how does that affect your imagination, your psyche, your sense of safety, your sense of self? Where do you find your community if your family lets you down or is not available? Or you know, in this case, in my story, it’s just non-existent, you know, and so you’re trying to create that sense of support and community, but you have none of the familiar ropes to hold on to.

Tishani Doshi has published six books of poetry and fiction. Her essays, poems and short stories have been widely anthologized. Tishani’s debut novel, The Pleasure Seekers, was shortlisted for the Hindu Literary Prize and long-listed for the Orange Prize and the International IMPAC Dublin Literary Award. Small Days and Nights, her second novel, has been shortlisted for the TATA Best Fiction Award 2019. She is currently Visiting Professor of Practice, Literature and Creative Writing at New York University, Abu Dhabi.

Jean Genet on the Hidden Heart of Jean Cocteau 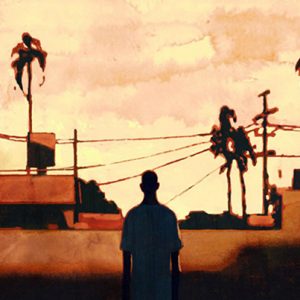