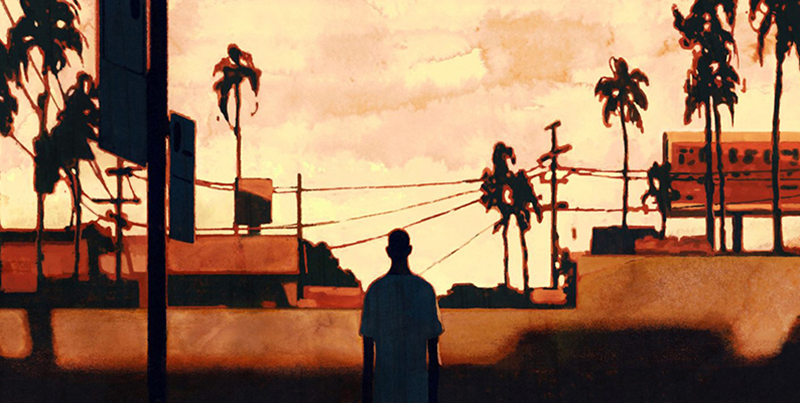 In this episode, Amaud Jamaul Johnson returns to his poem “The Maple Remains” for the centennial anniversary of the Red Summer of 1919. Through historical witnessing we see the deep connections between racial and arboreal scars.

The sort of trees that knot and choke the light from the air—live oaks and poplars, the source material of nightmares or the near-comic, nostalgia-ridden parodies of the Deep South—were foreign to me growing up in Los Angeles. The pencil-thin shadows of palm trees crosshatching the landscape in L.A., like a second network of downed power lines, seemed both dangerous and decorative. They offered no comfort, no quarter, no sanctuary from the heat. Everything was visible in that light, what was beautiful or broken. The light sprawled like the city, suburb after suburb unfolding relentlessly, from the Wilshire District to Compton to Orange County. I don’t know if it’s strange to have a memory of childhood without shadows, without trees. We felt submerged in light, as if we were mostly bathing or drowning in it; our house, our cars underwater, the world pouring in, as if we were waiting for a second Pacific to consume us.

The wildfires seemed a magnification of that light. Almost as if the ground couldn’t bear it. As if a brushfire were a manifestation of collective struggle, of our suffering—what anticipates or is nostalgic of riots. This past fire season, to look at those pictures of flames skirting the Getty, or the destruction of Paradise in 2018, it’s a spiral, Dante’s pinwheel, as if every fall were a reboot of the world ending. Maybe California is phoenix-like or the whole state is slowly being erased. Ironically, given all of its natural beauty, everything about home felt apocalyptic, particularly in the 1980s. Earthquakes, El Niño, gang violence, the bomb: for most of my childhood, I thought I wouldn’t live through the week, and that didn’t have anything to do with my lifestyle, nothing to do with “personal choices.” My grandmother would tell me, as I left the house, “to be careful, to stay vigilant.” But what control, what power did I actually have over what happened to my body? I moved through the world as if I were floating. All I remember was holding my breath. I couldn’t see how to slow down the avalanche of pain shaping that world. The world burning seemed an outward expression of my inner life, how I was sandwiched between a never-ending flood and the fires forever approaching.

Every movie about Black L.A. in the late 1980s and early ’90s was about escape: one boy leaves to attend Morehouse College in Atlanta, another boy is shot dead in an alley or cut down in the front yard of his girlfriend’s house, blood streaking the confused expression on his face. We don’t think about urban violence as an extension of environmental violence, but these anxieties are linked. Food deserts, the distance between gas stations, how far someone has to travel for a “sit-down” restaurant or to see a movie: how quickly these transformations or redefinitions of space make us strangers. It’s how we think about our future, how we quantify and distribute resources. Those drive-by shootings were a form of violence connected to that landscape, like the ghosts of orange groves cut down to develop all those single-family homes, and the white flight that necessitated a broader transformation, pressing to make the uninhabitable home. From its inception, the suburb was a site of violence, and those Black families entering the wake left by white flight inherited that environmental trauma, a landscape scarred. The Black southern transplants from Texas and Louisiana escaped the atrocities that contradicted America’s self-perception as the world leader of democratic values. In this new world without trees, where very little was green, everyone marveled at that quality of light. Life on the front porch, in front yards, that feeling of standing in the sun, was a new city life and the old country combined, until their neighbors’ children, dressed in primary colors, opened fire.

Gangsters weren’t lynch mobs. Being run down by a ragtop Impala wasn’t the same as being chased on horseback, hunted by some wild-eyed Klansman swinging ropes in the moonlight. This was a new Wild West. Blame the palm trees, but Los Angeles felt like an island or, possibly, a gilded cage: the ocean on one side; the mountains, the desert, in the opposite direction. And if you couldn’t swim and you weren’t a mountain climber or the owner of a camel, you were stuck. I developed fantasies about the South, not nightmares. You know the idea: a big house for next to nothing, land, a porch swing, sweet tea, room to breathe. I was so removed from the history of Slavery that I didn’t think about that landscape as haunted, that anything lingered in those shadows. In my imagination, at least, I wanted something lush, a lush life. I didn’t understand that running without a plan often leads to greater danger, or more running. I escaped into the arms of another environment as if they were the arms of an old lover, ignoring a history of abuse.

I moved to Atlanta in the summer of 1998 and worked in the Special Collections Department at Emory University, starting an entry-level position as a collections processor. My primary duties were to build reference guides for those generally interested in African American history and culture. The families of prominent Civil Rights leaders, or African American writers and visual artists, would donate boxes, crates, and suitcases full of items to be sorted and labeled. It was a dream job. I would look at old photographs, read love letters, scan receipts or stalled attempts at autobiography. We carried an unusual collection—the Allen-Littlefield file—which was an assortment of postcards of lynching scenes. The images themselves were horrific, but the idea that people found them entertaining enough to send to their friends and distant relatives, that people held so little empathy for other human beings, always knocked the wind out of me.

Racial violence isn’t easy to dismiss, because it has a clear purpose in American history; it’s a method of control. Fear is about control. Looking on the faces of those in a lynch mob, one sees that they’re everyday citizens. Lynching scenes could easily have been church picnics if there hadn’t always been a body hanging from a tree. Ethically speaking, how could this collection be put on display? However, keeping these images tucked away in a few folders in a temperature-controlled room seemed like its own act of violence.

This is the challenge of facing our history: How do we honor the dead without revisiting trauma? What do we memorialize? What do we work to cut down? Shortly after I left that job, the collection was published as a photo-essay book called Without Sanctuary. The images went on tour in a national exhibit, but not without controversy. Some questioned whether this was an attempt to profit from the dead, arguing that it was a second lynching to hang these bodies again in a museum. We’d unearthed evidence of a crime. If the photographer was a member of the mob, how can the viewer of these images not be complicit in murder?

Amaud Jamaul Johnson is the author of Darktown Follies and Red Summer. A former Wallace Stegner Fellow in Poetry, his honors include a Pushcart Prize, the Hurston/Wright Legacy Award, a MacDowell Colony Fellowship, and the Dorset Prize. His work has appeared in American Poetry Review, Kenyon Review, Narrative Magazine, and Best American Poetry. He teaches at the University of Wisconsin-Madison. His forthcoming book, Imperial Liquor, will be published by the Pitt Poetry Series in Spring 2020. 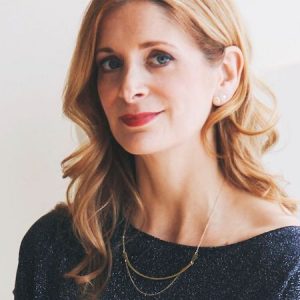 Will Schwalbe:  Hi. I’m Will Schwalbe and you’re listening to But That’s Another Story from Macmillan Podcasts. Today...
© LitHub
Back to top