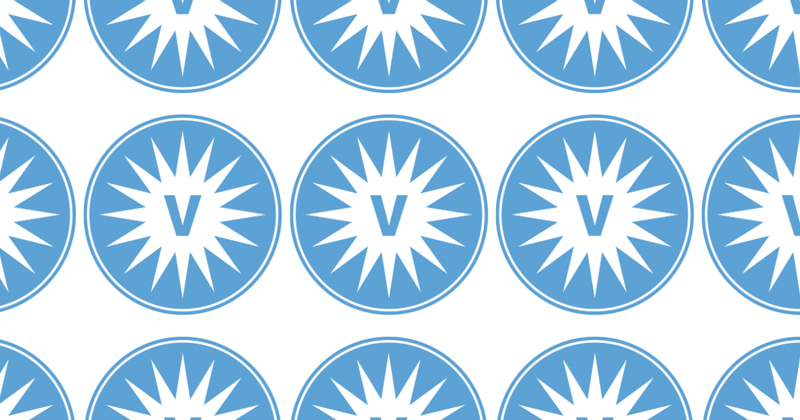 This year is one of unusually salient statistics and overwhelming numbers. As Marcia Douglas writes in her preface to the newly published 2019 VIDA Count—the tenth iteration of this initiative—both the 2020 census and the uptick in COVID cases remind us that “there is power in who gets counted, and how, and by whom.”

The annual VIDA Count focuses on gender representation across media and literary landscapes, and aims to promote greater inclusion of marginalized people in publishing. Volunteers comb through well-known journals, magazines and newspapers to take count of book reviewers (and the books that are reviewed) as well as bylines.

“Each year [the VIDA Count] sheds crucial light on our literary landscape,” Douglas writes, “rendering its inequities more visible, and at the same time, rendering the progress we’ve made visible as well.”

Among the most popular publications surveyed, only Tin House and The New York Times Book Review represented more women than men in its pages last year. Publications like The Paris Review, The New Yorker, and Boston Review were somewhat more balanced. And though Poetry featured men slightly more than women, the magazine featured the most authors who identified as non-binary.

On the opposite end are publications that have received recurring criticism for not featuring more women—like the London Review of Books—or, in the case of The New York Review of Books and Harper’s Magazine, publishing controversial essays by men who had been accused of sexual harassment. 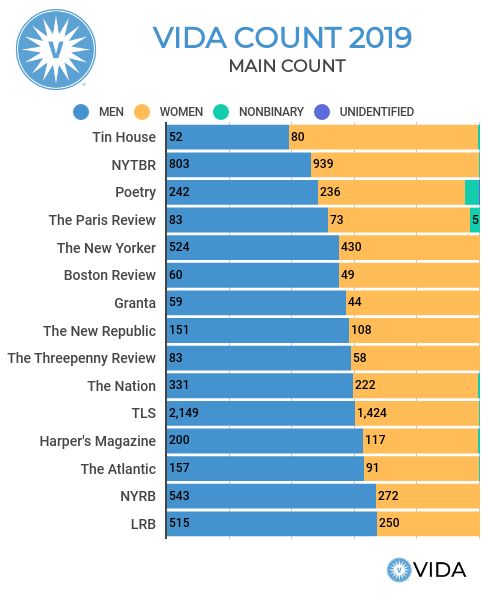 VIDA’s portrait of the broader literary scene tells a notably different story: of 24 smaller publications, 17 featured more women than men, and although non-binary writers in both scenarios still receive relatively little representation, they are more likely to find representation in a modestly-sized publication. 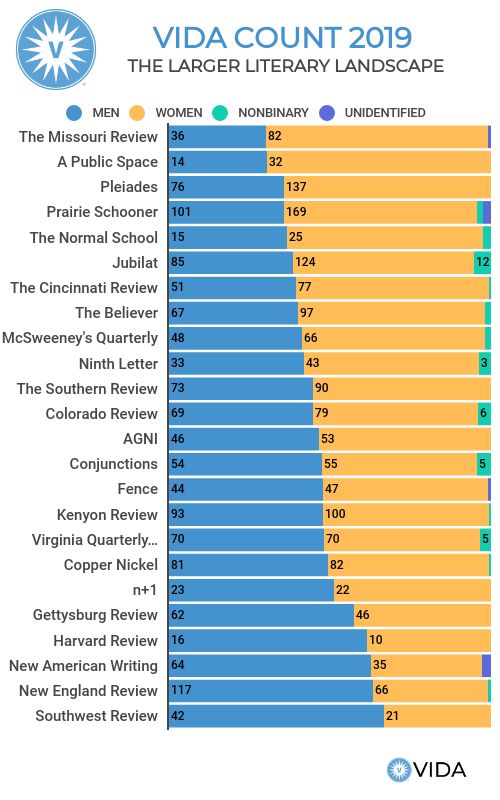 To see how these numbers were reshuffled in a year’s time, it’s worth looking at the 2018 count. (You can see which publications actively reversed course, among other interesting data points).