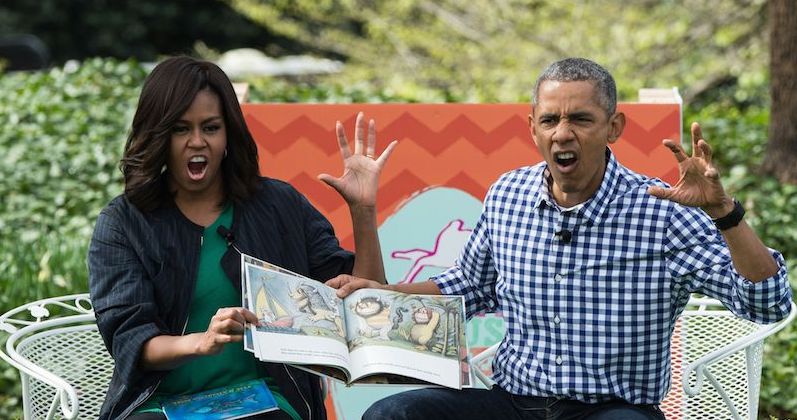 Time to rewatch this iconic performance of Where the Wild Things Are.

Today, April 9th, marks the fifty-eight publication anniversary of Maurice Sendak’s Where the Wild Things Are.

Perhaps the most beloved children’s book of the latter half of the 20th century, Sendak’s gorgeously-illustrated tale of a young boy in a wolf suit who, upon being sent to bed with no supper, is transported to an island of gigantic beasts, has (despite a infamously frosty initial reception by librarians, teachers, and critics) sold over 20 million copies since its 1963 publication. It’s also been adapted into an animated short, a children’s opera, and a dreamy 2009 live-action film directed by Spike Jonze.

Its most iconic recent incarnation, however, must surely be Barack and Michelle Obama’s (extremely dramatic) live reading to a group of enraptured children during the 2016 Easter Egg Roll at the White House.

You can’t but appreciate the enthusiasm here. The snarls, the roars, Barack’s commitment to the claw, Michelle’s hype work between pages, that glorious all-inclusive wild rumpus, the “good job being wild” high-fives doled out at the close of proceedings.

All in all it’s just a goddamn delightful six minutes of Sendakian wonder.