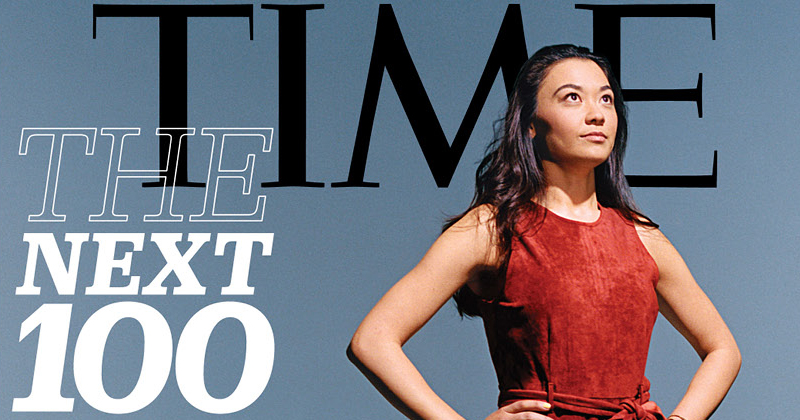 Sally Rooney, Chanel Miller, and Jason Reynolds are the “next” most influential people of the year.

Today for the first time, TIME released an addendum to their annual list of the 100 most influential people of the year: the TIME 100 Next, which is meant to highlight the “rising stars who are shaping the future of business, entertainment, sports, politics, health, science and activism, and more.” You know this, because the “next” is in cool! futuristic! font!

But of course I’m most interested in the “next” writers, and TIME has highlighted three: Sally Rooney, Jason Reynolds, and Chanel Miller, who also graces one of six covers for the issue (the others are Awkwafina, Camila Cabello, Zion Williamson, Emily Weiss, and Carlos Alvarado Quesada). No arguing with the influence of Rooney, Reynolds, and Miller—though they all seem pretty “here” to me.

Sally Rooney has a presence. I was reading Normal People in a café in Sydney last spring, and the waitress came bounding up to me, wanting to talk about the book. There I was: an American writer in Australia, talking about this young Irish novelist.

In this chaotic moment in time, whenever people want to talk about a writer of good, interesting fiction, it always gives me hope. Good fiction shows us how people live, how they feel and think, how they navigate the world. It gives a sense of lives lived.

Conversations With Friends and Normal People are such lived and lively books at the same time. There’s no preamble—right away, Rooney marinates us in the world of Frances and Bobbi, of Connell and Marianne. She makes us willing to follow them immediately. I love hearing that Rooney was this champion debater, because the novels are not polemics. They’re not trying to reach a point. When I started reading her, I was startled by how little description there was, but the starkness leaves room for impressions, for the reader to process everything.

Some writing can be intrusive, as if the writer is suggesting you don’t know enough to navigate her world on your own. But in her novels, Rooney lets her characters talk. Sometimes, because her writing is so spare but has such an effect, you wonder, What just happened there? With Rooney, I don’t mind not knowing. That’s art.

Mark Twain wrote, “Courage is resistance to fear, mastery of fear—not absence of fear.” Chanel Miller embodied courage long before writing her powerfully moving book, Know My Name. As “Emily Doe,” she courageously testified against the man who sexually assaulted her and read her victim-impact statement in court, looking right at him. “You took away my worth, my privacy, my energy, my time, my safety, my intimacy, my confidence, my own voice, until today.” And when her statement went viral, she gave millions of survivors their own “today.”

An artist and writer and only 27 years old, Chanel will make many more beautiful things. She will make the world a better place, and she will make all of us a bit better.

Chanel, you truly are everything you told us to be: “you are important, unquestionably, you are untouchable, you are beautiful, you are to be valued, respected, undeniably, every minute of every day, you are powerful and nobody can take that away from you.” Chanel, we are with you. Thank you.

Jason Reynolds and I avoided books like we avoided police officers growing up in the 1990s. Because we hated reading, we were seen as the problem. But the problem has always been the books, not the children. Kids “don’t actually hate books,” Jason says, “they hate boredom.”

Jason is a leader in the popular middle-grade and young-adult genres in American publishing. He is becoming one of the most treasured authors of our time for ushering youngsters, especially Black teens, out of the boredom, and into lifelines and lifetimes of reading. He’s publishing two to three page-turners a year: the latest, Look Both Ways, is a finalist for a National Book Award. Judges have showered his more than a dozen books with awards; readers have devoured them. At one point, he had three works on the New York Times best-seller lists. Who does that?

Jason Reynolds. And ask him, he’ll tell you he’s just getting started.