Ryan Chapman hosts Nerd Jeopardy, the online literary game show. Tonight Ryan is joined by Jessica Rotondi, author of What We Inherit, and Anna Solomon, author of The Book of V. This week’s Indie bookstore spotlight is on Green Apple Books. (With surprise cameo by Andrew Sean Greer!)

Signup link for May 13, with guests Kristen Arnett and translator Kate Whittemore:

100: Iran’s Ayatollah Khomeini declared a fatwa on Salman Rushdie for this 1988 novel.
[The Satanic Verses]

200: AUDIO CLUE
Norman Mailer is called to task in 1979 by this critic, as immortalized in the documentary “Town Bloody Hall.”
[Susan Sontag]

300: Pulitzer winner Richard Ford so hated this reviewer’s take on his “A Multitude of Sins” that he spit on him at a party. (That writer went on to win his second Pulitzer this week.)
[Colson Whitehead]

400: This novelist felt no “Ardor” for Hemingway, saying, “I read him for the first time in the early 40s, something about bells, balls and bulls, and loathed it.”
[Vladimir Nabokov]

500: Harry Siegel was incredibly scathing and extremely harsh of this writer: “Why wait to have ideas worth writing when you can grab a big theme, throw in the kitchen sink, and wear your flip-flops all the way to the bank?”
[Jonathan Safran Foer]

100: CLUE CREW WITH ANNA SOLOMON
Finding immediate success with this, her first novel, Carson McCullers’ story of misfits in 1930s Georgia would find new life 64 years after publication as an Oprah’s Book Club selection.
[The Heart Is a Lonely Hunter]

200: A local mainstay since 1979, this independent bookstore has three locations in Oxford, Mississippi–all about 100 feet apart from each another.
[Square Books]

300: Mickey Spillane wrote his novels in this state, and Pat Conroy set several of his books there, too.
[South Carolina]

400: Thomas Sutpen travels south in this Faulkner novel so nice he named it twice.
[Absalom, Absalom!]

C3: BEFORE AND AFTER

100: The family in Ann Patchett’s latest may wish to “Jump Around” with Everlast’s old band.
[The Dutch House of Pain]

100: Though Updike had a good run, he can’t touch Mavis Gallant’s 116 stories published in this American magazine.
[The New Yorker]

200: This literary journal, the oldest in the U.S., was recently relaunched by its new editor Meghan O’Rourke.
[Yale Review]

300: Launched in 1850, this monthly is America’s second oldest in continuous circulation, after Scientific American.
[Harper’s]

400: The alliterative title of this SF-based triannual was named for the last word in the American Heritage Dictionary.
[Zyzzyva]

500: Before Walter Isaacson penned biographies of Steve Jobs and Leonardo Da Vinci, he was editor in chief of this weekly.
[TIME]

100: More of a merit-based prize than a random lottery, this author’s namesake award is given “for outstanding achievement in the literature of horror, the dark fantastic, and psychological suspense.”
[Shirley Jackson]

500: William Faulkner and John Kennedy Toole both received posthumous Pulitzers. He’s the only other novelist to do so, for “A Death in the Family.”
[James Agee]

400: Teddy Wayne, Elif Batuman, and Zadie Smith have all set novels at this university.
[Harvard]

800: The titular educator in this Spark work employs unorthodox pedagogy at the Marcia Blaine School for Girls.
[The Prime of Miss Jean Brodie]

1000: You’ll find Philip Roth’s grave on the campus of this Hudson Valley college–he was friends with its president, and co-taught exactly one course there (on his own work).
[Bard]

C2: AROUND THE HOUSE

200: The titular abode is in Paris, though occupied by an American and an Italian in this, James Baldwin’s second novel.
[Giovanni’s Room]

400: CLUE CREW WITH JESSICA PEARCE ROTONDI
To the kitchen! Though Jacques Pepin is a culinary master–having authored over 30 cookbooks–he shows he’s always learning with this, the title of his autobiography.
[The Apprentice]

800: This architectural feature is called “the sun-comprehending glass” in the eponymous Philip Larkin poem and collection.
[High Windows]

1000: If you wanted a clandestine rendez-vous, you may invoke the title of Lizzy Goodman’s oral history of the aught-years NYC rock scene.
[Meet Me in the Bathroom]

400: Custody battle? Try the “Salvage the Bones” novelist, the poet behind “Brown” and “Bunk,” and Knopf’s dapper book designer.
[Ward, Young, and Kidd]

600: Need a barrister across the pond? Ring the authors of “White Teeth,” “How to Be Both,” and (their American partner) “Just Kids.”
[Smith, Smith, and Smith]

800: Counseling the president? Look to the authors of “Lot,” “Nothing to See Here,” and “The Bloody Chamber.”
[Washington, Wilson, and Carter]

1000: Colluded with competitors? Call the folks behind “Lush Life,” “The Good Earth,” “The Power and the Glory,” and “The Lord of the Flies.”
[Price, Buck, Greene, and Golding]

200: A small character in The Odyssey gets her own novel in this Madeleine Miller bestseller. [Circe]

400: The students in Donna Tartt’s “The Secret History” get in a bit of trouble worshiping this Greek god.
[Dionysus]

Nona, Decuma, and Morta were known by this name to the Romans; also the first half of a Lauren Groff title.
[The Fates]

800: Literature profs aren’t often read by screenwriters and fanatics of plot, unless you’re this author of “The Hero with a Thousand Faces.”
[Joseph Campbell]

1000: This daughter of King Agamemnon is sacrificed to appease Artemis. Or per Janet Malcolm, you’ll find her modern incarnation “in Forest Hills.”
[Iphigenia]

CLUE: He is the most recent novelist to receive a knighthood from the Queen of England, in part for “His Dark Materials.” 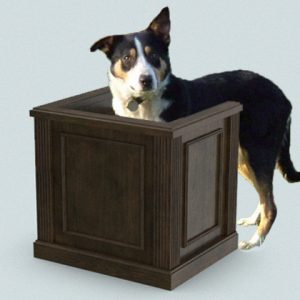 Today is the centenary of the birth of Richard Adams, author of Watership Down, surely your favorite novel about adventuring...
© LitHub
Back to top