This Week on Underreported with Nicholas Lemann From Columbia Global Reports

On this episode, Nicholas Lemann sits down with Columbia University law professor Tim Wu to discuss the politics of Louis Brandeis and Theodore Roosevelt, as antitrust reemerges as a major issue in the 2020 US presidential election. Wu’s latest book is The Curse of Bigness: Antitrust in the New Gilded Age.

Nicholas Lemann: This is a strange thing to think about for us laypeople. Monopoly isn’t actually illegal in US antitrust law. Right? So how can that be, if the laws were passed to curb monopoly?

Tim Wu: That’s a good question. It’s been contested whether they meant monopoly itself to be illegal. The law itself says monopolization is a crime. And typically in the criminal law, you punish conduct, not status. In fact, it’s unconstitutional to punish people for, let’s say, being a drug addict—being as opposed to doing something. It seems pretty clear that they were against monopoly and wanted to clear the world of monopoly. But in some technical way, the status of being a monopolist is not illegal.

Tim Wu is a policy advocate, a professor at Columbia Law School and a contributing opinion writer for The New York Times. He is best known for coining the phrase “net neutrality.” He worked on competition policy in the Obama White House and the Federal Trade Commission, served as senior enforcement counsel at the New York Office of the Attorney General, and worked at the Supreme Court for Justice Stephen Breyer. His previous books are The Master Switch: The Rise and Fall of Information Empires and The Attention Merchants: The Epic Scramble to Get Inside our Heads.

Life in the Forever Fires: Toward Serenity in an Apocalypse 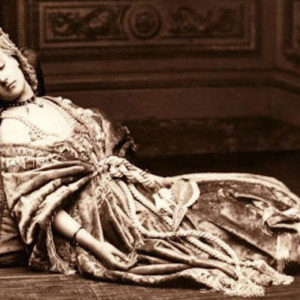 One July day in 1856, the very young Countess of Castiglione appeared for the first time at Mayer & Pierson, a photographic...
© LitHub
Back to top