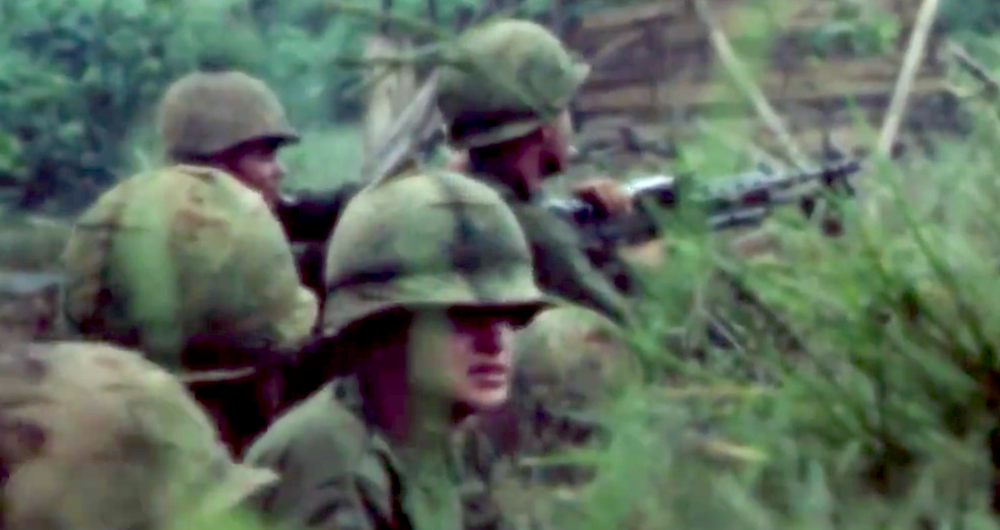 Tim O’Brien recited poetry to himself to get through the war.

Did you know there was a new Tim O’Brien documentary “released” this past spring? Yup, The War and Peace of Tim O’Brien was set to hit the festival circuit over the summer, but we all know what happened next. There was mention of it in this June Esquire profile (which is worth a read!) but between the pandemic and the protests there obviously wasn’t much room for… anything. Which is a shame, judging by this short, powerful clip in which O’Brien cites poetry as “one way of not losing your soul to a war.”

One way to avoid losing your soul to a war. pic.twitter.com/gH9PtxjPNO

Dear powerful streaming companies: please buy The War and Peace of Tim O’Brien and stream it for me, and for everyone, thanks. It seems to be asking some pretty important questions of a nation stuck in too many wars, that seems keen on creating generation upon generation of combat veterans. For example:

What makes wars worth fighting? How do we write about war? What are the obligations of citizens with respect to war? What are the after-effects of war on individuals and families? The War and Peace of Tim O’Brien follows O’Brien on the journey of his last book, as he reveals the everyday ties between duty, art, family, and the trauma of war.