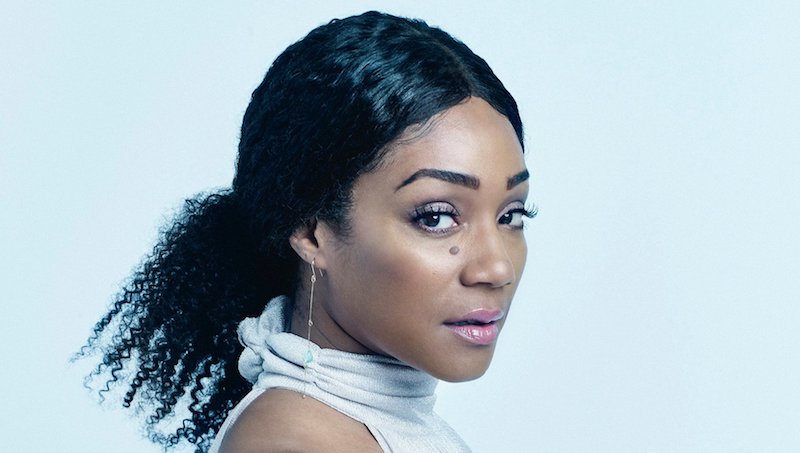 Tiffany Haddish to star in an adaptation of M.T. Anderson’s Landscape with Invisible Hand.

2021 is already starting off right (movie-wise, at least): Deadline has just announced that Tiffany Haddish is in final negotiations to star in the screen adaptation of National Book Award winner M.T. Anderson’s sci-fi novel Landscape with Invisible Hand, which will be produced by MGM, Annapurna and Brad Pitt’s Plan B Productions.

The film will be written and directed by Cory Finley, who most recently helmed Bad Education, so I have high hopes. It’s also exciting to see M.T. Anderson’s work onscreen, given that he’s been knocking it out of the park in young adult fiction for years: his book The Astonishing Life of Octavian Nothing won the 2006 National Book Award for Young People’s Literature, and we all remember checking Feed out of our middle school libraries and hiding it from our families because it had a cover that looked “frightening.” (Right? This is universal? We’ve all experienced this?)

Landscape with Invisible Hand depicts a future Earth taken over by an alien species called the vuvv. When the vuvv’s alien technology renders his parents’ jobs obsolete, regular teenager Adam needs to get creative to survive: by broadcasting his dating life to the aliens. It’s a funny concept, and extra timely as well—does anyone know if M.T. Anderson’s on TikTok?