Mateo Askaripour on the "Father of African Cinema"

Twenty-one seconds in and the screen goes black. Two seconds later, a quote appears: “If Africans do not tell their own stories, Africa will soon disappear.” Four seconds later, you see the author of the quote, Ousmane Sembene.

If I were to ask you who Ousmane Sembene was, where he hailed from, what he did, and how he affected the world, chances are you would draw a blank in the same way I did before encountering him. But for the initiated, Ousmane Sembene is known as the “Father of African Cinema,” a man who was first and foremost a writer; a man who fought the colonial powers that be through his art in order to bring about an Africa where Africans no longer wanted to look, act, and speak as their colonizers, but instead embraced their homeland, cultures, and languages because they, too, were worthy of regard.

At this very moment, as creators of color demand the right to tell our own stories, in our own ways, this man, through painstaking efforts, has already laid a blueprint for us.

I only became acquainted with Sembene through a documentary, Sembene! (2015), directed by his friend and mentee, Samba Gadijo. The description, “This documentary celebrates the controversial life, work and legacy of Senegalese filmmaker Ousmane Sembene, the father of African cinema,” captured me. I had never heard of a “Father of African cinema,” no less a controversial one. Yet for the next 89 minutes, I was thrust into the world of Sembene; a world that defied all conventions in order to birth a new Africa that wasn’t beholden to the context of being a colonized land, but one where Africans would finally tell their own stories.

Ousmane Sembene (1923-2007), was born in Ziguinchor, the second largest city in Senegal, located in the country’s southern region of Casamance. The son of a fisherman, Sembene was expelled from school due to constant disobedience and would never receive a formal education past middle school, nor would he, like his father, become a fisherman. Sembene was prone to seasickness.

While living with relatives in Dakar around the age of 15, Sembene apprenticed as a mechanic and bricklayer, cultivating a love of reading and cinema, according to Gadijo’s documentary and writing. Six years later, because he was a French citizen through colonization, he served in World War II, going to Niger until returning to Dakar two years later. It was then that he joined a construction union, witnessing, for the first time, the power and potential of what could happen when Africans united, due to a workers strike that, according to Gadijo, “paralyzed the colonial economy for a month and ushered in the nationalist struggle in French Africa.”

“This is how I came to literature, like a blind person who suddenly sees light.”

At 24, Sembene left Senegal in search of more lucrative opportunities, arriving in Marseille, where he took up work as a docker before joining the French Communist Party. Sembene would go on to break his back, forcing him to undergo a lengthy recovery and serving as inspiration for his first novel, Le Docker Noir (1956). It was at that time Sembene evolved into an intellectual leader of the labor movement, reading as much as he could—McKay, Wright, Hemingway, Neruda, and others—while educating his fellow laborers on the reality of their conditions. One of his main goals was to insert the lives of working-class Africans into a literary canon that hadn’t cared to include them. When describing the literary landscape of the 1950s, Sembene said, “My Africa was absent. The Africa of workers, laborers, of the common people. The only thing that was evoked, was, I would say, a moribund Africa. This is how I came to literature, like a blind person who suddenly sees light.”

His first novel, Le Docker Noir, is an unapologetic critique of the way French society treated its African and Arab populations; it describes a time when, aside from ubiquitous exploitation, a Black man could write an entire novel, have it stolen by a white woman, and, when on trial for an accidental murder, be asked to recite an entire chapter of his novel from memory, proving that he wrote it, then have the judge respond to his lengthy elucidation with, “How long did it take you to learn that?”

“I have a job I love, and no one asked me to do it. No one. I do it because I want to talk to my people,” Sembene said, illustrating his compulsion for creating. He moved to film not out of a deep desire to capture his world with a lens, but because he had failed to connect with his audience, the African people, most of whom he described as illiterate. It was while touring Africa that, as he said, “I noticed the power of cinema.”

“Sembene came to cinema, and he invented a new language to represent Black people,” said Manthia Diawara, Director of the Institute of Afro-American Affairs at NYU.

Sembene made his first short film, Borom Sarret (1963), using everyday people as actors, and friends and family as crew. It has been called the first sub-Saharan film made in Africa by a Black African. As Gadijo says, “Before independence, the French authorities prohibited Africans from making films of their own.”

Subsequent films, such as Mandabi (1968), Xala (1975), Ceddo (1977), Camp de Thiaroye (1987), and Guelwaar (1992) weren’t spoken in the default French, but Sembene’s native language, Wolof. This resolute disregard for creating art through the “French gaze” was as much a message for Sembene’s people as it was for the French, who no doubt viewed him as representative of an Africa that not only refused to bow to colonial oppressors, but would also spit in their face, if necessary.

When an interviewer asked him, “What are you trying to communicate with your films?” Sembene replied, “I try to speak to people, not only at home, but also abroad, to explore our common problems, the problems of developing countries.”

His first feature film, La Noire De…(1966) (translation: “Black Girl”), detailed the life of Diouana, a young Senegalese woman who moves from Dakar to France in order to work for a wealthy French couple. It shows the monstrosity of a French society that turned a respectable woman into an indentured servant, eventually driving her to slit her throat in the couple’s bathtub and bleed to death. Black Girl was so radical because, as Manthia Diawara points out, “You see her in the way she sees herself.”

After Black Girl, the French invited Sembene to be the first African member of the jury at Cannes, though Cannes later banned one of his most controversial films, Camp de Thiaroye (1987) for 10 years. Then, in 2006, the festival presented him with the Legion of Honour, France’s most prestigious award, due in part to his film Moolaadé (2004), which addressed the tradition of female genital mutilation. In response to being at Cannes and winning an award, Sembene declared, “It is good to be at Cannes, but I wish Africa would create something of its own. We should not be eternal guests … We are not alone in the world, but we are our own sun. I do not define myself relative to Europe. In the darkest of darkness, if the other does not see me, I do see myself. And surely do I shine!”

There’s a certain freedom that comes from creating for a specific group of people, but with it arrives the difficulty of penetrating the gaze of the powers that be––especially when they don’t look, act, or speak like you––in order to be given the opportunity to reach your intended audience. For writers, this often appears when pitching editors or querying agents; showcasing your work to a group of gatekeepers who, by virtue of an industry where as recent as 2015 79 percent of American publishers’ staffs were white, present an additional layer that creators of color need to contend with on a daily basis.

So what do we do? The we who often feel pressured to replace words so more people will be able to understand; the we who continue to code-switch our personalities in an attempt to advance our artistic careers; and the we who regularly face rejection because we’ve chosen traditional routes of production and publication in the hopes that the filters that be don’t sieve our words, ideas, and feelings to the point where they no longer smell, taste, and sound like us.

Sembene faced this question while laid up in a hospital bed in Marseille. And other creators of color, like those in our rich canon of Black literature, potentially did every time they attempted to create works of fiction that captured the Black experience without the concept of Black being defined by a white beholder. And now I am here, facing the question, as I write to you.

My answer is that we remain unflinching in the hold of that gaze, creating the art we want to, while also understanding that compromise is not betrayal, but only a means of reaching a place where we no longer have to do so. We, like Sembene, must create with a bigger picture in mind; a picture that contains all of the brothers, sisters, fathers, mothers, and grandparents who made us who we are.

Mateo Askaripour’s work aims to help people of color, especially those in traditionally white environments, know they, too, deserve to thrive in those spaces. He was a 2018 Rhode Island Writers Colony writer-in-residence, and his writing has appeared in Entrepreneur, Lit Hub, Catapult, The Rumpus, Medium, and elsewhere. He lives in Brooklyn, and Black Buck is his debut novel. Follow him on Twitter and Instagram at @AskMateo.

Who Do We Become When We Survive Our Pain? 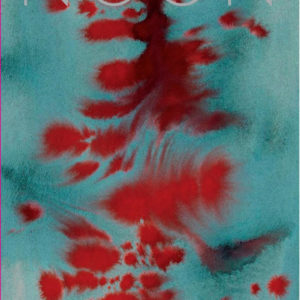 Long ago in my reading, I came across a term, a single word, used to describe the phenomenal blending of voices that can occur...
© LitHub
Back to top