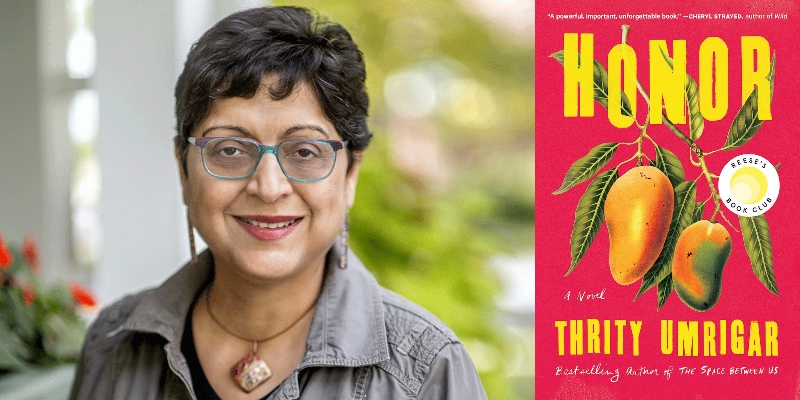 In this episode, Mitzi talks to Thrity Umrigar about her latest novel, Honor.

Thrity Umrigar: I’ve never been a foreign correspondent, so that was new territory for me. And you’re right to say that I had to talk to people who were foreign correspondents. Peter Goodman, who also works at The New York Times, was somebody that I reached out to with very specific questions that he immediately answered for me, and that helped me understand the organizational part of how that aspect of the job works.

The leading thing that I drew upon was many, many years ago, when I was still a practicing journalist, I had won a Nieman fellowship to Harvard. And this is a fellowship that’s given to mid-career journalists, that simply allows you a year of study at Harvard. And there were 12 of us American fellows, and then there were 12 international fellows. So we were a big group, but we were also a particularly close-knit group. There were lots of evenings out and parties and copious amounts of alcohol consumed, but also great, great conversations and debates about journalism. And almost to a person, the 12 American journalists all were trained and raised on the idea of objectivity in journalism; that was the hallmark of American journalism, right? You had to present both sides of the story equally, not two sides.

The international fellows, many of whom had covered civil unrest, civil wars, famines, political corruption in their own countries, almost to a person, all of them thought that’s just a middle class, affluent society luxury that will never serve the needs of our population. And they were great believers in advocacy journalism—that if you don’t take a position, if you present all sides equally, you’re not uncovering the truth. This was a debate that I was fascinated by. To be honest, I felt like I was the person in the middle who could see both sides of that argument. And I don’t know that I ended the year having made up my mind one way or the other about it.

But that dilemma I gave to my main character, Smita, who is also trained in this notion of dispassionate, objective journalism. And then something about meeting Mina [the subject of Smita’s story, who was the victim of violence in rural India] and just seeing the abject poverty and the spiritual poverty, that complete isolation and loneliness of meaningless life, it gets to her.  So, an ordinary human response is thwarted by these rules of journalism. There’s value in those rules, but should they apply to every single situation? That’s the question.

Thrity Umrigar is the best-selling author of the novels Bombay Time, The Space Between Us, If Today Be Sweet, The Weight of Heaven, The World We Found, The Story Hour, Everybody’s Son and The Secrets Between Us. Her new novel is called Honor. Umrigar is also the author of the memoir, First Darling of the Morning and three children’s picture books. Her books have been translated into several languages and published in over fifteen countries. She is a Distinguished University Professor of English at Case Western Reserve University in Cleveland.

The Nonfictional George Soros: Better Than Any Novel 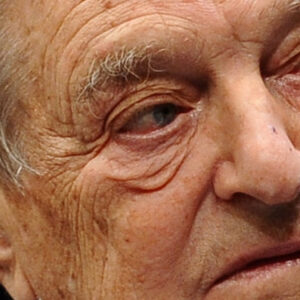 The Nonfictional George Soros: Better Than Any Novel